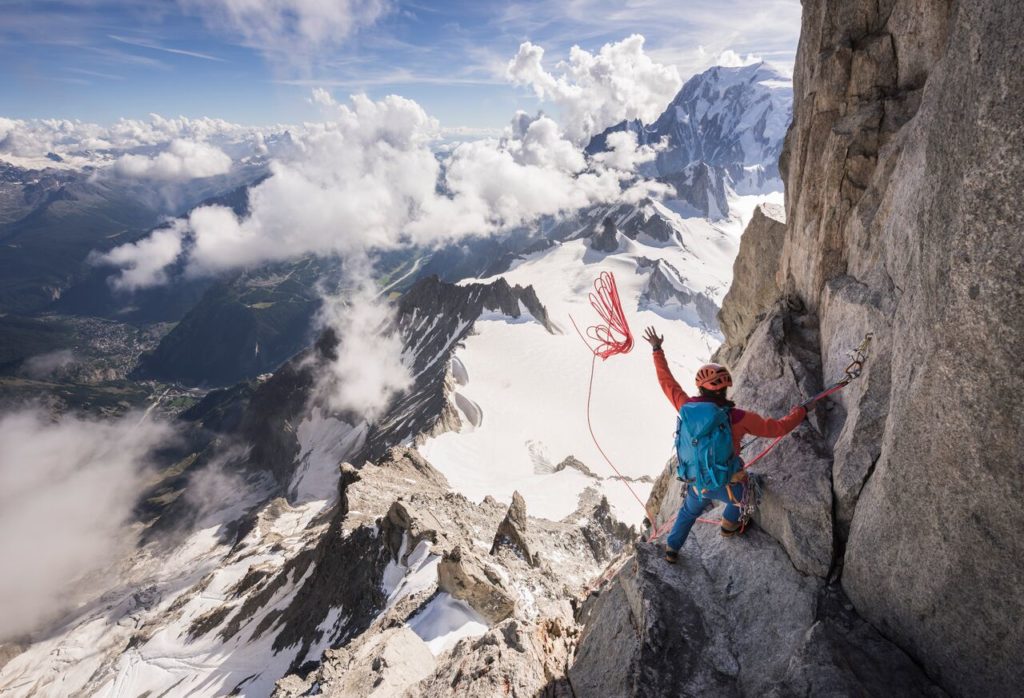 The Banff Mountain Film Festival came to Venue Cymru, Llandudno in all its mountainous and awe-inspiring glory on March 1st 2019. Its prerogative was to showcase seven audacious films of varying lengths and subject matters. All had the relative themes of adventure, discovery and overcoming the challenges that Mother Nature presents in her topographical locales. The following reviews are from the Red roster. The BMFF will return to Venue Cymru on April 6th for the Blue programme.  And you can be sure I’ll cover it when it arrives.

Before the show started, the BMFF trailer – which had me craving all sorts lunacy months ago – played on the big screen. It drew audible gasps, inspired nudges between partners and even a “Jesus!” from my atheist mouth. The super-cut of films that the BNFF panel chose are like the flashback memories of lovechildren of the Nitro Circus crew and cultists who worship the Gods of adrenalin. Cliff falls, ski slope cartwheels and UFO perspective shots of our heterogeneous planet seen through new eyes. And then the first film subverted all expectations of crisp 4K drone footage and ethereal time-lapse photography. 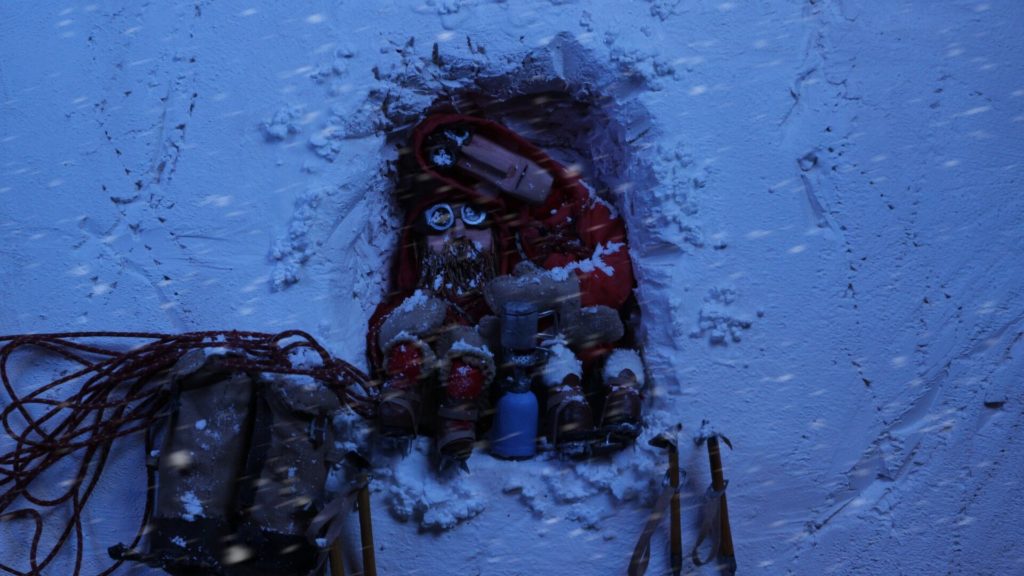 Two boundary-pushing mountaineers, Marcel and Andrezj, are attempting to climb a godly rocky totem that’s never been summited before. They don’t speak the same language and so communicate through grunts and squeals. Sounds like pretty standard affair for the Banff Film Festival right? Well, this humongous and treacherous expedition is all conveyed through stop-motion. Clearly taking its comedic cues from the likes of Aardman Animations, this movie features no true dialogue but its sound design is wonderfully well-realised. The tension in a taut rope makes you cringe, the howls of icy wind enough to cause a shiver. These characters’ idiosyncrasies conveyed meticulously through stop-motion (it took director Ignasi Lopez Fabrigas 18 months to create) is charming, endearing and really, really funny. 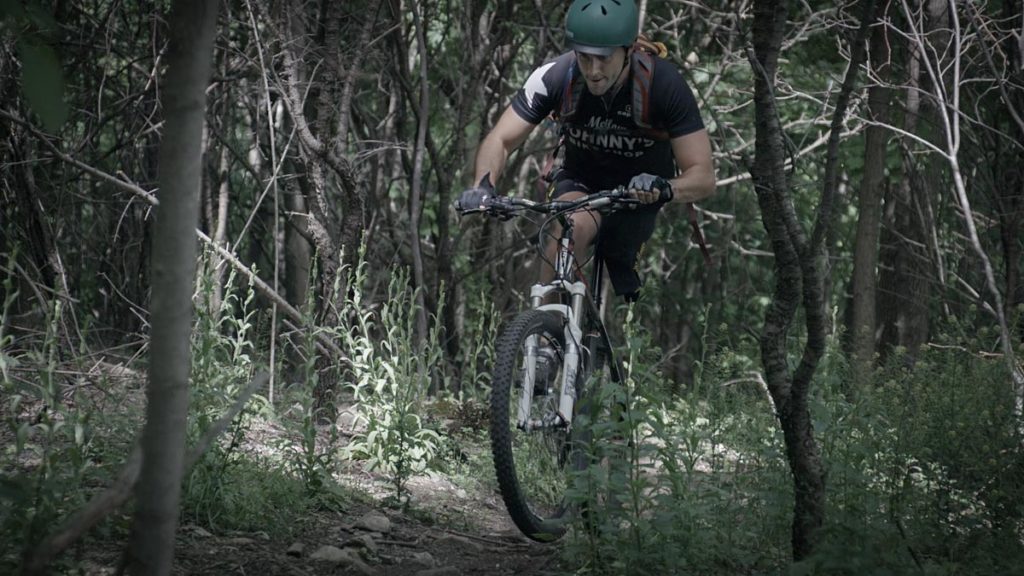 Starting with narration from its subject, Jon Wilson, Ascend is immediate in its estimation of a man who lost his leg to cancer and wants no sympathy because of it. He explains how a stranger once called him “an amazing person” when seeing him mount his one-pedalled bike. Jon admits “I’m not amazing because I lost my leg, I can actually be a bit of an A-Hole.” This honesty may seem harsh but Jon proves that he’s not amazing because of his lost limb but that in spite of it, he’s still a brave mountain biker who takes on some gnarly lines. He finds mental serenity alone amongst the trees, profusely pedalling over stones. As such, he’s moving metaphorical boulders that many put in front of those they label ‘disabled’. 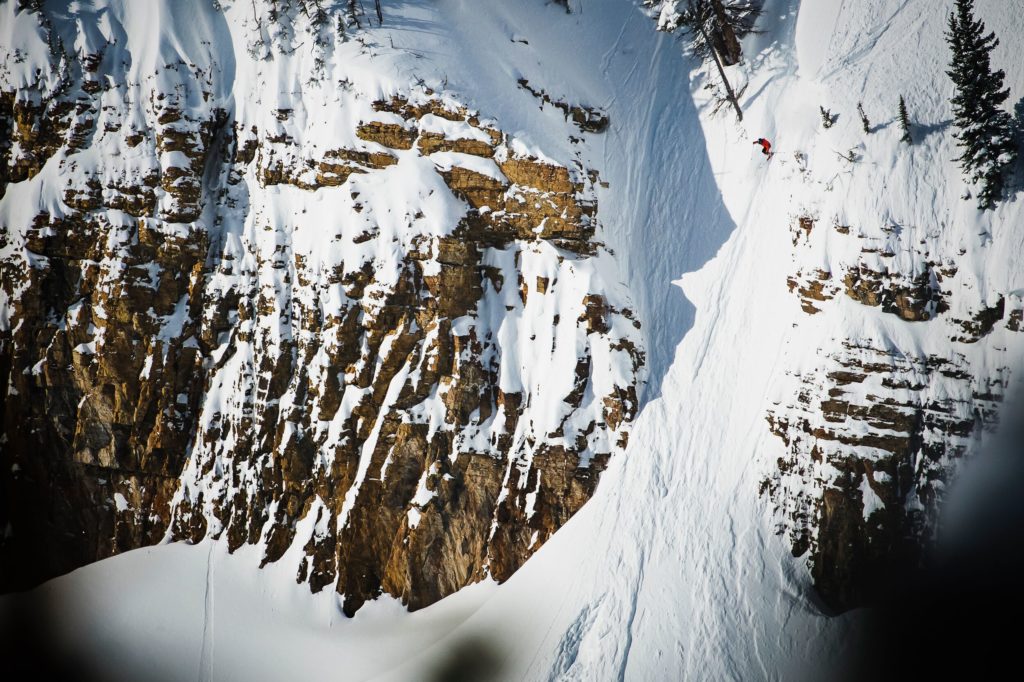 Kai Jones is eleven years old. He can’t see Avengers: Infinity War in the cinema without a parent, nor can he order a soda at a bar. This fun conceit which sees Kai re-enact these underage rites give way to a place where age is forgotten; the mountains. What follows is footage of Kai shredding steep slopes as if he’s an SSX Tricky character I used to play as on my PlayStation 2 at his age. He muses after backflipping through an abundant blue sky, “I just wanna see how far I can push it without scaring my Mum.” 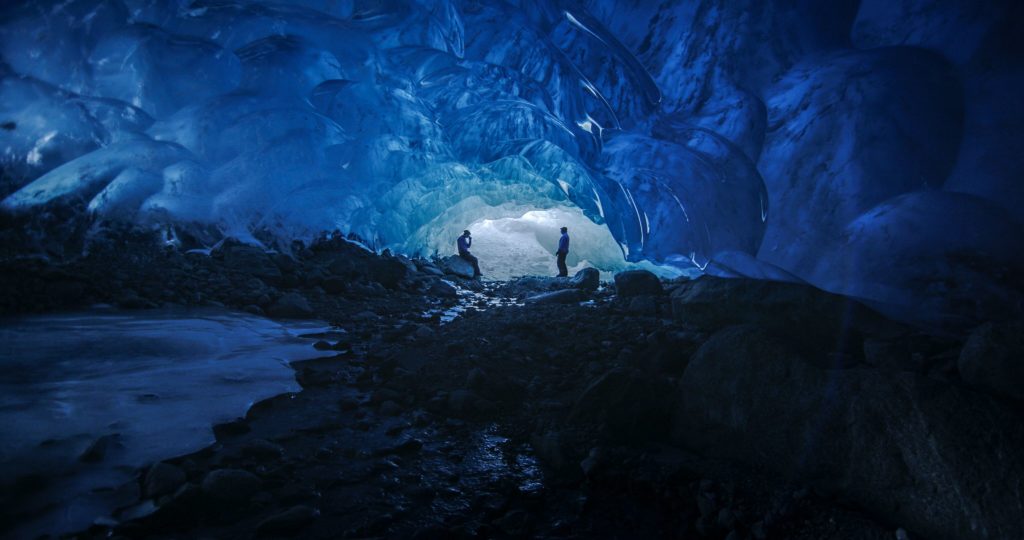 Martina asks her sixty-year-old Mum, Tania, to accompany her on a ski traverse along the Coast Range. This isn’t taking the dog for a long Sunday afternoon walk. It is a trek of a nigh unfathomable distance, starting in Vancouver and ending in Alaska (2300 km!), covering the myriad mountains, glaciers and rivers in-between. Tania is honoured that her daughter wants to spend six months with her on what will be the toughest journey of their lives. She begins her preparation by dehydrating the foods that will inevitably sustain them on a trip so vast that it would make The Fellowship think twice.

These women’s spirits and determination are interminable. They support one another with care and conviction. Continually rising to the challenges they prepared for, and those that they could never have predicted. Martina learns more and more about her mother’s earlier life. A beautifully atmospheric animation midway through the film conveys Tania’s earlier struggles living in Communist-ruled Czechoslovakia which she describes as a police state. Her and Martina’s father escaped into Switzerland through a separate abominable snowy hike through mountains. Though still fearing for her family’s safety, Tania and her cohort moved to British Columbia, Canada.

Filmmakers Grand Baldwin and Jen Rustemeyer clearly admire their subjects and honour this timely tale of mother and daughter conquering the world through love, community and sheer willingness to define themselves. The cinematography is astounding, capturing the scale of roving and ranging Tania and Martina are undertaking. Night skies inspire like glistening portraits of celestial calligraphy and close-ups of warm smiles through windburned cheeks combine to convey the grandeur of relations between woman and Mother Nature. And, Tania will continually remind you through speech and action, that we define age and not the other way around. 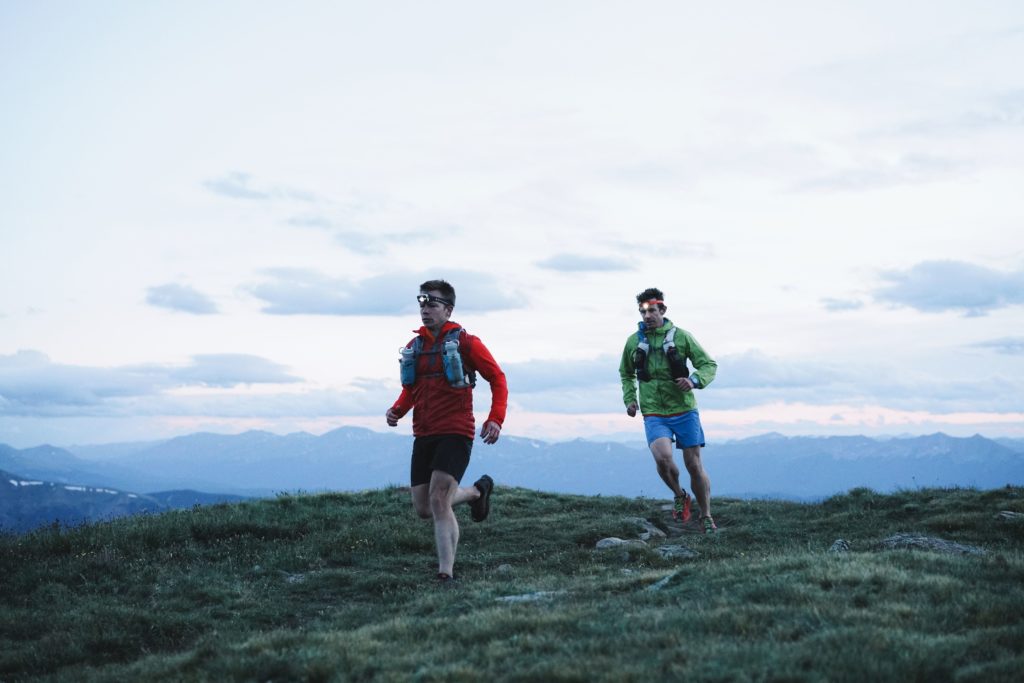 “You should only think of why you can do something,” says Jayson Sime, one half of the Ultramarathon-attempting duo which also includes Brendan Leonard.  These guys have been friends since college. Brendan claims Jayson to be his hero. Jayson has had a tough life where bullies, poverty, dyslexia and even teachers have tried to wrestle him into submission. But his resolve doesn’t allow for that. A young Jayson took up wrestling and faced two years of defeats until his first victory. You can see why this guy has become a motivational speaker. But is resolve enough to combat the physicality of running 100 miles in under thirty six hours?

Brendan narrates the entire journey, from preparing their bodies with weekly marathons to their night of pitch-black power hiking during the Run Rabbit Run ultramarathon. His humorous and unfaltering narration reminded me of Jake Gyllenhaal’s US Marine, Anthony Swofford in Sam Mendes’s Jarhead. He calls foam rollers “Home Torture Devices” and offers punditry to Jayson’s (not entirely successful) shit in the woods with an apathetic yet irreverently amused tone. Though that apathy vanishes when he speaks of his earnest admiration of Jayson and his unwillingness to accept failure. This film taught me how to run 100 miles (not that my kickboxed knees would allow it) by showcasing two friends’ comical adventure of stumbling past their boundaries with bodies screaming for rest. 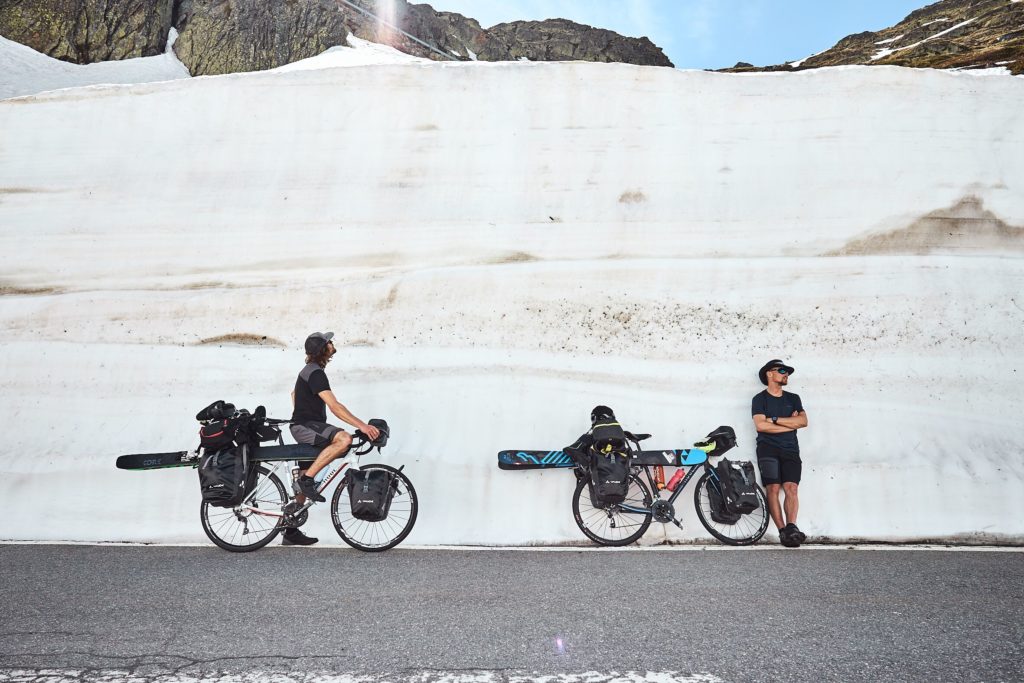 Another tale of a twosome taking on an absurd adventure, Ice and Palms is the self-documented tale of German pals, Max and Jochen, on their five-week expedition spanning 1,800km up and down the Alps (35,000 vertical metres) to eventually swim in the Mediterranean. The bulk of the journey was on sturdy mountain bikes but a big draw for this adventure was to ski some of the boldest mountains in the world. That meant locking the bikes up at the bottom, hiking slopes and climbing ice walls, just to ski back down the mountain for the pursuit of their happiness. These guys not only spin and flip off snowy lips but attack slopes with a gradient so steep that mountain goats would scream ‘screw that’. Some of the footage sees Max and Jochen as black dots against gargantuan white mountains. This is a great visual symbol that supports their David vs Goliath mentality of conquering nature’s biggest ambassadors.

Shot mainly by themselves – meaning they carried heavy film equipment along with tents, skis, food and clothing – the journey feels intimate. Quick cuts convey a whole day of sleeping rough, hiking with a bike on their backs and finding some well-earned Italian pizza and coffee where they can. Their friendship is inspiring as both of these men are clearly in the top pedigree of big mountain skiers. They revel in the trip’s tumultuous times together, even rejoicing in finding that they are blister brothers when they compare watery bulbs on the same parts of their feet. Ice and Palms is a fitting juxtaposition of the distances these men cross, in style and with smiles. 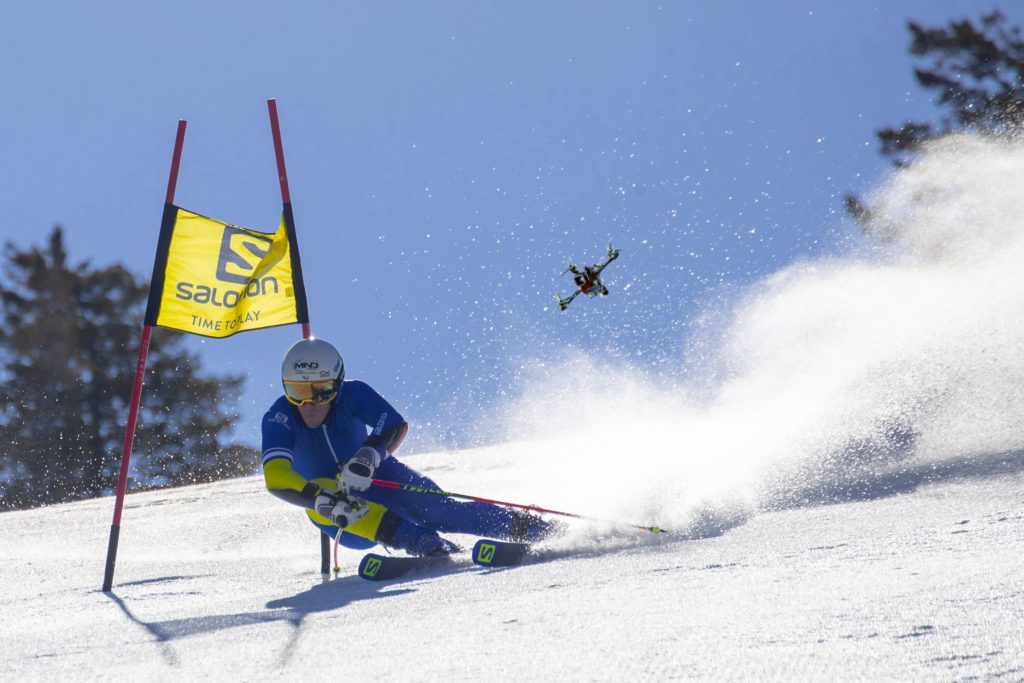 No subversion here. The title is a fight card. Olympic bronze medallist Victor Muffat-Jeandet battles a machine with the mentality of HAL-9000 – it is controlled however by champion drone pilot Jordan Temkin. A slalom race for the ages – especially pre and post-millennial – that raises the heart to a sprint even as the many cameras slow the blistering motion of man and machine.

I felt like I’d crossed a thousand miles of white rocky terrain all in the space of two hours sat on my arse. The power of Film – whether it be personal documentary, playful re-enactment or worlds made of clay – was abundantly clear in the Red programme showcase. I certainly miss my worldly travels of external discovery which illuminated new internal planes. We take our abundantly diverse world for granted. As I’m writing this, I’ve had word from my Australian family that Wilson’s Promontory National Park (where I spent a week hiking through jungles, up sand dunes and around coastal paths) is currently being decimated by bushfire. It’s one of my favourite natural playgrounds and I fervently hope it can recover. We’ll never know when Mother Nature demands the return of our lives so I think we should be revelling in her majesty a little more than we do. All of the fearsome folks in the above films are proof of that. To paraphrase Tania’s sentiments through a countryman and literary hero’s words, ‘Do not go gentle into that good night.’

For more information on the films, the festival or the dates and venues you can still catch these films at, check out https://www.banff-uk.com/