Gwlana: Putting Wool in Front of Our Eyes

The often overlooked daily tasks and seasonal rituals of Welsh sheep farmers are documented and celebrated in a new exhibition opening in MOMA, the Museum of Modern Art, Wales, in Machynlleth.

Called ‘Gwlana: To gather or pick wool’ it’s the work of local artist Ruth Jên, who works in the nearby village of Tal-y-bont.

She has been spent many years working on the subject of “Wool” looking not only at its use as a material but also at the whole business of sheep shearing, the ear-marking of the animals and the social rituals associated with the shearing period.

The artist has experimented with both printing and pottery, photography and film as she documents farming family life and charts the social aspects of shearing time as well as gathering objects associated with these annual rituals.

Ruth Jen says: ‘Wool, shearing and shepherding on the mountains of north Ceredigion have drawn my attention for years and the exhibition is based on many conversations I have had with farmers, shepherds and local shearers, as well as relevant material they have given me.

“In 2015, while pursuing an M.A course in the School of Art at Aberystwyth University I had the opportunity to concentrate on wool and the work associated with its production. I recorded aspects of this, explored the use of wool itself as an artistic material and experimented with various kinds of printing – being my main discipline – while also producing drawings and artist’s books, animation and a short, five minute film. 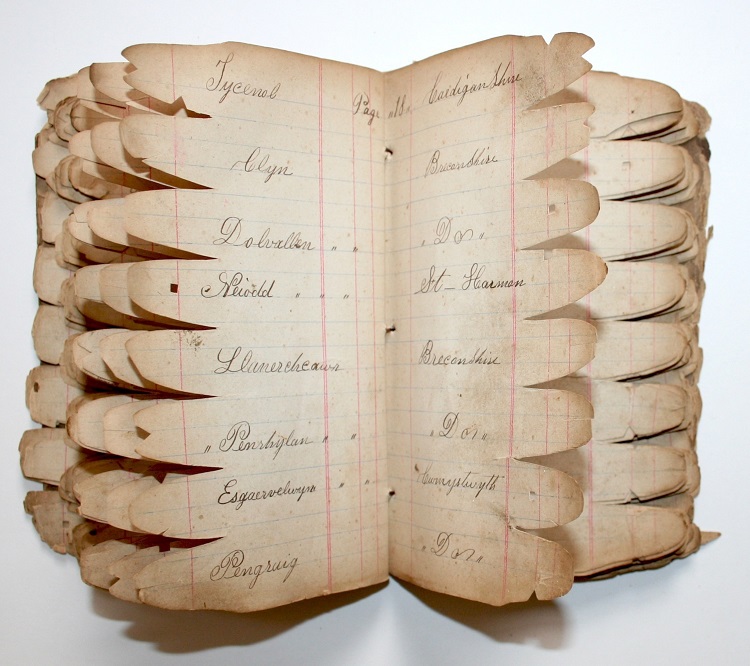 “Wool has remained a constant and consistent theme in my work ever since I finished my post-graduate work and this exhibition in MOMA in Machynlleth is an opportunity to bring all of these disparate elements together under one roof.

“I hope that in this selection people will be able to see why traditional sheep farming is an important component of Welsh rural life, as well as learning about wool handling and production, all part of the countryside calendar that deserve to be celebrated in various kinds of art.”

The work is exciting not only because it records and celebrates these rural practices but also because it turns the elements of a sheep farmer’s daily life into art.  Such farmers form a group of people that is often invisible and little understood by the inhabitants of towns and cities and so a desire to present their lives and work lies deep within the work.

Gwlana is at MOMA until 13th November.