The event will take place in a number of locations across the city, including the beach and the Brangwyn Hall.

Inspired by the British Empire Panels, painted by Frank Brangwyn and displayed in Swansea since 1934, the work also features dance and performance artist Eddie Ladd and a requiem composed by Owen Morgan Roberts, based on an original collaboration with composers Jóhann Jóhannsson, who sadly died in February.

The requiem will feature a libretto by poet and writer Owen Sheers, sung by Grammy-nominated choir Polyphony.

The British Empire Panels were originally commissioned by the House of Lords to commemorate the First World War.

The first two panels were initially rejected for being too brutal and representational which led to Brangwyn literally going back to the drawing board and producing the paintings that are described by Rees as the inspiration for the work.

“He almost locked himself in the studio in order to produce this extraordinary representation of the British Empire and honour those people that were called upon during WWI,” said Marc Rees.

“It is very easy to forget the frontline was very multicultural. Britain called upon the Empire and these people from those countries died saving Britain.

“He honoured that by portraying the people and the produce of those countries in these very fecund paintings.

“They’re very lush with vegetation, there are lots of people collectively working together, growing, harvesting, constructing and it’s a very positive vision of the world.

“The House of Lords hated them because they were too colourful and lively and portrayed the natives in too dignified a manner and it’s ‘all tits and bananas,’ which is exactly what they said.

“It’s a really interesting story so that was my way in. I wanted to do it in Swansea and I remember going to concerts in the Brangwyn and being fascinated by these colourful paintings and the nudity.

“I remember being fascinated by this depiction of fruitfulness and lushness but not really understanding what they were about and then remembering that behind this extraordinary, idyllic, fantastical landscape is concealed a historical tragedy and it is a WWI memorial of great significance.”

The paintings will also provide an unusual and hopefully tasteful inspiration for the event’s finale.

“I’m working with a wonderful artist, Owen Griffiths, who is a creating a garden with the National Waterfront Museum and with volunteers,” Marc Rees said.

“We’ve identified the indigenous vegetables that are featured in the panels. They’re growing them and we will harvest them and serve the audience a soup.

“I love the idea that you’re experiencing the performance and installation that is inspired by the panels and at the very end, you are ingesting the panels and what that has inspired.”

Rees, who describes his work as an artistic response to place and community, is also recruiting 100 women from the Swansea Valley who will recite six verses of Y Gododdin during the performance.

The ancient Welsh poem is a series of elegies for the men of the Gododdin, who were slaughtered at a battle in Catraeth, now thought to be Catterick in Yorkshire.

Rees describes the piece as “still incredibly poignant and resonant because in many ways we haven’t learnt anything since 600 AD. We are still doing exactly the same thing”. 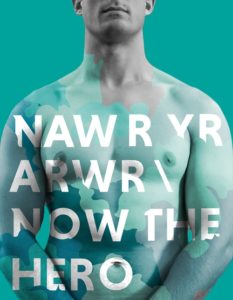 “For me, it was really important to have the female voice absolutely at its heart I think that they are reciting something that is so bloody and male brutal and I think that it will have a real power to it,” he said.

“To combine that and have the female voice and that’s why I’ve put Eddie Ladd, the brilliant performer who I collaborate with a lot, right at the heart.

“It is not a piece that celebrates war. Y Gododdin is about people losing wars, not winning them. 300 warriors were slaughtered by 10000 Saxons. It’s showing both sides and that’s really important to me.

“The Evening Post front page headline was Five-Day Massive Warfest. I thought oh God! Is that what came across? It is absolutely not that.

“This is an opportunity to create something that is a reflection, is contemplative and is essentially about healing. What do we do to heal from those awful things that happened 100 years ago and the things that are happening now and will happen again?”

It has been produced by Taliesin Arts Centre/Swansea University in partnership with the City & County of Swansea and Swansea International Festival.