Plans for a £590 million tidal lagoon have taken a major step forward after the “encouraging” results of a seabed survey.

The initial findings of the second of a series of three studies showed the sea floor below the Dee Estuary is well-suited to bear the load of the proposed 6.7 kilometre lagoon wall, which would stretch from the breakwater at Mostyn to Point of Ayr in Flintshire.

If the green energy scheme gets the go-ahead, it would provide low carbon electricity for 82,000 homes as well as flood defences for homes, businesses and the strategically important Crewe to Holyhead railway line and A548 Coast Road.

The plan is being developed by Mostyn SeaPower Ltd, a subsidiary of the Port of Mostyn.

They say it will be one of the biggest infrastructure projects in the north of Wales for many years and will help the region bounce back from the steep economic decline caused by the coronavirus pandemic.

It would create 300 construction jobs and once the tidal lagoon is operational it would employ 35 people.

Ecological surveys are being conducted to assess any impact on fish, birds and mammals in the estuary and the developers say the scheme will also play a part in tackling the climate crisis.

It’s expected the turbines could be turning by the autumn of 2027 and producing a stream of clean energy powered by the tides that is 100 per cent reliable.

Unlike weather-dependent wind farms and solar schemes, the tides are predictable and the Dee Estuary has one of the highest tidal ranges in the UK. 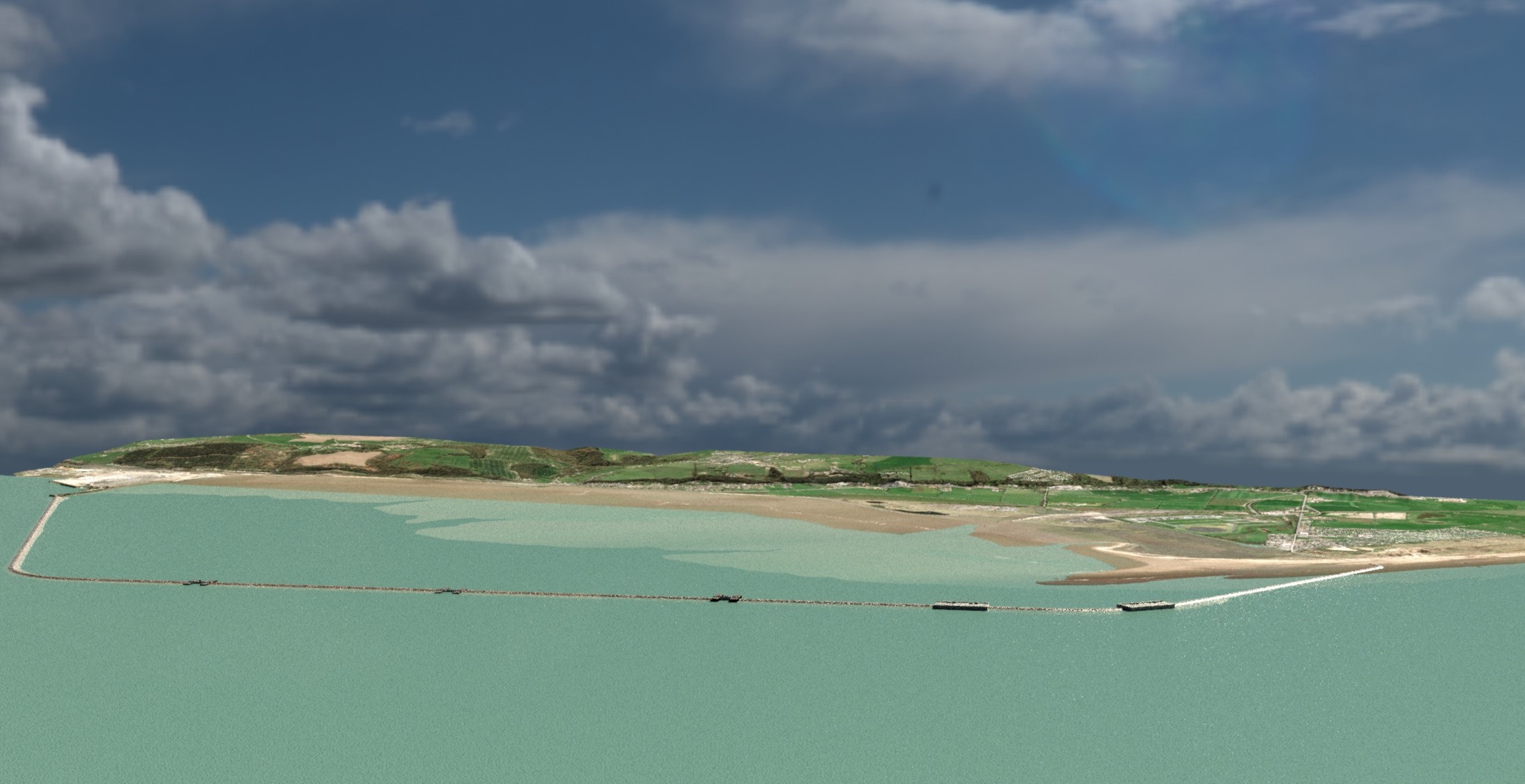 With a tidal movement of up to 10.2 metres at High Spring Tides, the estuary also has deep water at its entrance, making it a natural location for the installation of the eight 16 megawatt turbines which will generate 298 Gigawatt hours of electricity annually from the lagoon which will enclose an area of 12.2 square kilometres.

Relatively small in scale, the scheme can lead the way for larger tidal energy projects for which the Welsh coastline is ideally suited.

The lagoon wall will be two metres above sea level and will have a design life of more than 100 years.

It will have two sets of turbine houses with three sluice gates to control the volume of the water over the tidal cycle. In addition, the wall will have a road running along the top of it and a path that will be accessible to the public.

According to Jim O’Toole, the managing director of the Port of Mostyn, he expects to submit an application for a Development Consent Order by the end of 2022 and is hopeful of getting the thumbs up a year later.

Mr O’Toole said: “We completed a first phase geophysical survey last year which gave us an electronic profile of the seabed.

“We have now just completed a second survey which has provided samples of the sediment from five to six metres below the surface.

“This will be followed by a final deeper sediment survey in the latter part of next year.

“The next stage will be to apply the information to inform the design of the lagoon wall so we’re obviously very pleased that the signs so far are encouraging.

“Combined with the ongoing ecological surveys, these are very important milestones along the project’s journey to commencement.

“The biggest benefit of this project is that we will be producing clean, green energy to make a contribution towards tackling climate change as well as providing employment and flood protection for businesses, homes and vitally important transport infrastructure.

“Tidal energy is an important part of the renewable energy mix, We will know exactly the times of the tides in 25, 50 or even a 100 years’ time and electricity generation can be programmed accordingly.

“In addition, the electricity can be used to produce hydrogen to meet the growing demand for low carbon fuel in transport and industry and also blended with natural gas for domestic use.

“For example, presently there’s enough capacity from wind to generate 11 gigawatts of electricity in the UK but on one day recently due to a lack of wind only one gigawatt was generated.

“The scheme will also provide a massive boost to the North Wales economy at a time when it is needed most.

“This will be one of the biggest infrastructure projects to be undertaken in North Wales for a long, long time – it will be an economic and environmental gift that keeps on giving for a century and more.”