Couple who made £149,000 from second home involved in raffling off another 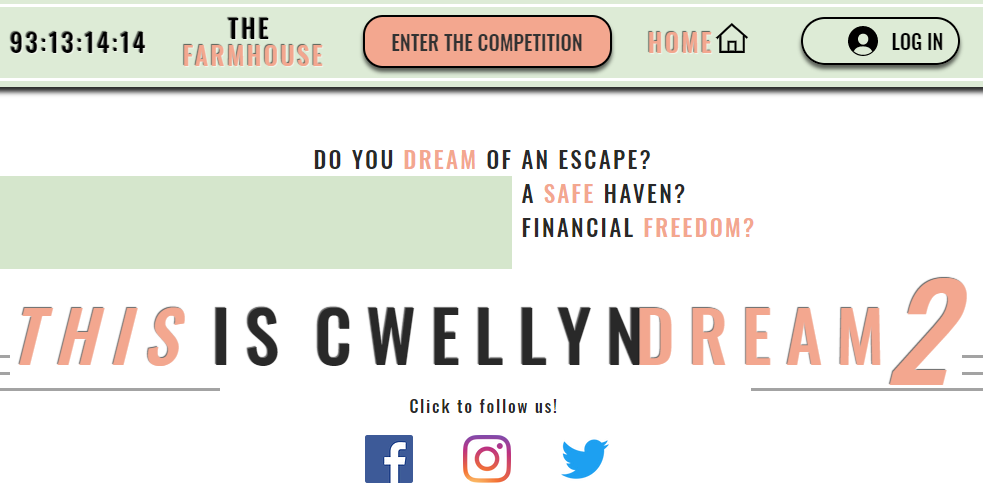 A couple who raked in a £149,000 profit from selling their second home in a public raffle is involved in raffling off another.

Ryan McLean and Katherine Jablonowski, who sold tickets to raffle off the old Cwellyn cottage in Criccieth or ‘Cwellyn Dream’ for £5 each, have now set up Brown’s Beach Ltd, that provides marketing services for those who want to do something similar.

McLean and Jablonowski are currently marketing another raffle and have set up the ‘Cwellyn Dream 2’ website as well as a Facebook page to do so.

Language campaigners Cymdeithas yr Iaith have accused them of “profiting from the second homes crisis.”

The second home being raffled is just a mile away from Cwellyn cottage on a farm in Cefn Isa and is owned by David and Christine Jones.

The couple originally said they were planning to “retire” at the house, but that they now wish to live near their family in Lincolnshire. They bought farmhouse for £200,000 in 2019, and its value has now shot up to £485,000.

Ryan McLean and Katherine Jablonowski bought Cwellyn cottage in 2018 for £150,000 and spent £27,000 renovating the property.

They pledged to, and then went on to, donate £10,000 to whoever shared the raffle most widely on social media, as well as donated £66,000 to the Children’s Society charity.

The couple spent £43,000 on marketing and legal costs, which included £28,000 of Facebook advertising, a few thousand on Instagram and they had a website built. They paid UK taxes including stamp duty, as well as conveyance fees up to and including £1,500 plus VAT.

“Capitalists like McLean and Jablonowski are making a profit for themselves while there is a crisis in the Welsh housing market and in our communities.

The Chair of Cymdeithas yr Iaith, Mabli Siriol, added: “This is the antithesis of our vision of a society that prioritises homes, not capital, and underlines the real need for the Government to urgently address the housing crisis.

“As part of our ‘More than a Million – Welsh Language Citizenship for All’ vision, we have proposed a package of measures that would achieve exactly this and we will be calling on the next government to implement it.

“For example, we’re calling for a cap on the percentage of second or holiday homes in a community; a change in the definition of affordable housing and controlling rent prices so that they are affordable to people on local wages; the introduction of a super tax on second homes and landlords’ profits and the devolution of planning powers to Local Authorities.

“We have the opportunity to channel this anger to achieve something truly positive which will ensure the resilience of our communities now and for future generations.

“I would urge anyone who is angry about this obvious injustice to join Cymdeithas yr Iaith, so that together we can put pressure on the Welsh Government to act urgently to resolve the housing crisis.”

Ryan McLean and Katherine Jablonowski have been asked for comment.