The latest analysis of COVID-19 deaths released by the Office of National Statistics has revealed that the most deprived areas of Wales recorded a mortality rate involving the virus which was almost twice that of the least deprived areas.

The ONS made the calculation based on the Index of Multiple Deprivation (IMD) an overall measure based on factors such as income, employment, health, education, crime, the living environment and access to housing within an area.

Age-standardised mortality rates are used to allow comparisons between populations that may contain different proportions of people of different ages. 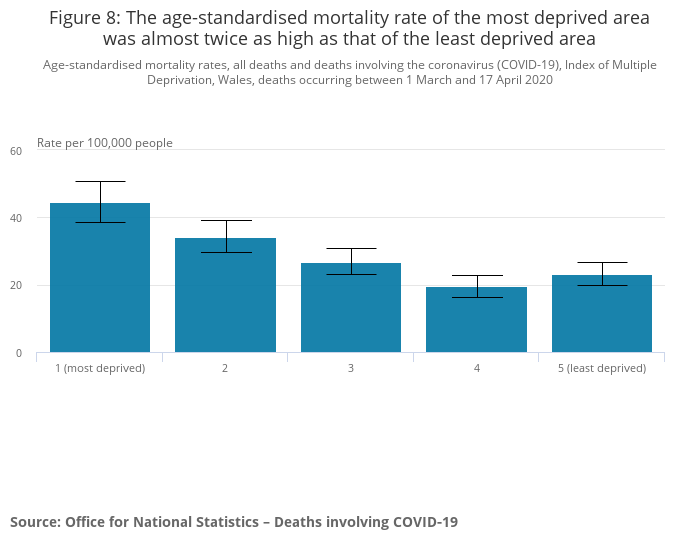 Overall London has suffered the highest proportion of deaths involving COVID-19, with the virus involved in more than 4 in 10 deaths since the start of March.

The 11 local authorities with the highest mortality rates were all London boroughs, with Newham, Brent and Hackney suffering the highest rates of COVID-19 related deaths. 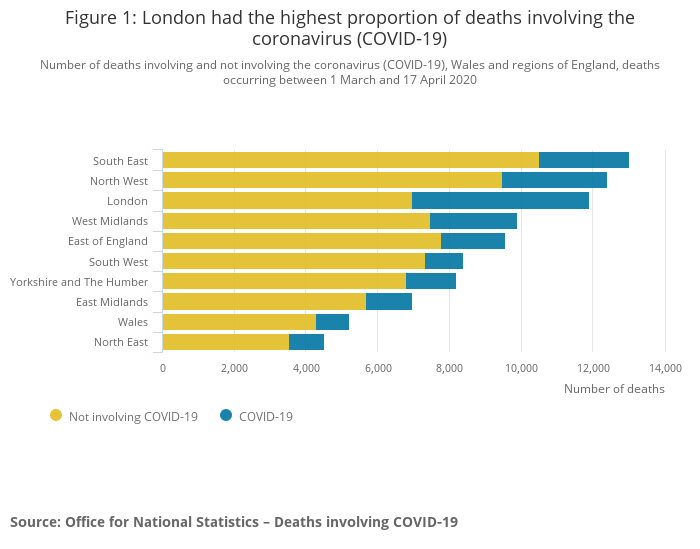 A breakdown of the statistics by health board confirmed the three highest age-standardised mortality rates were all statistically significantly higher than the overall Wales rate (28.4 deaths per 100,000 population). 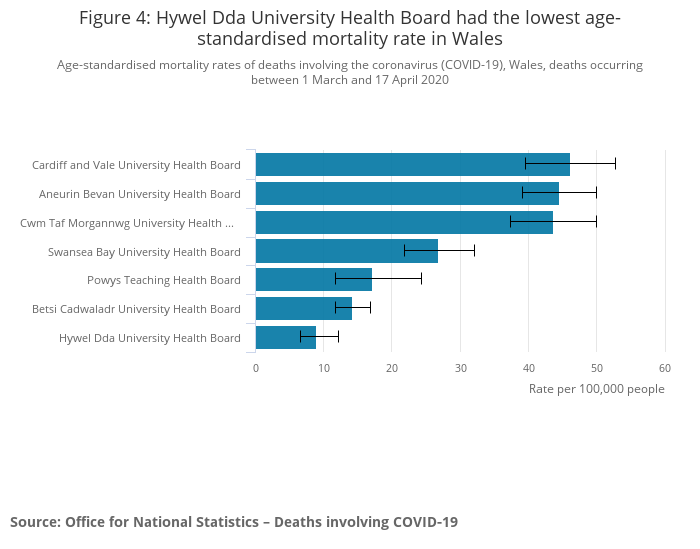 A total of 31 deaths have subsequently been added to the Hywel Dda figures and 84 to those of Betsi Cadwaladr board.