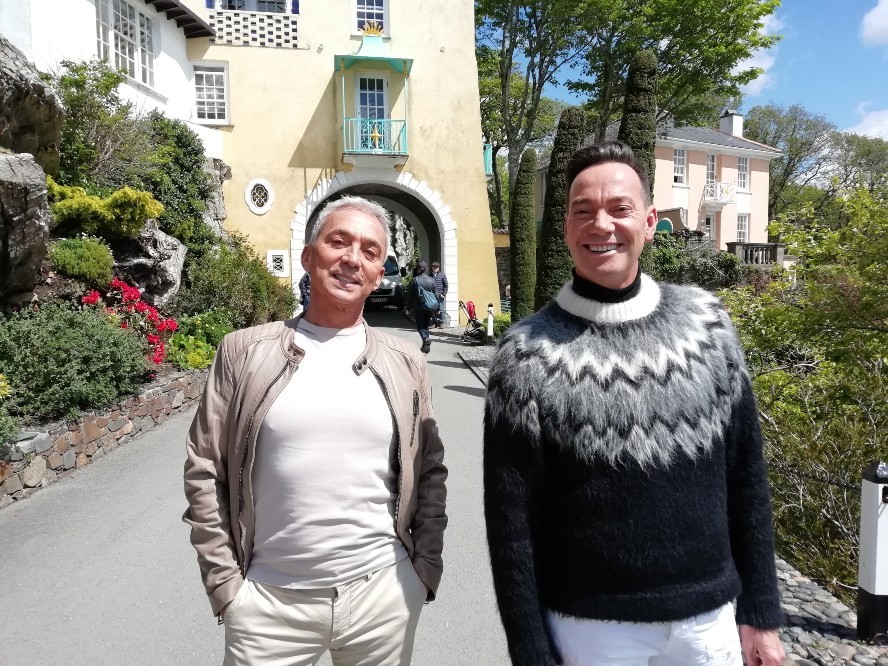 The duo – well-known judges on the BBC show Strictly Come Dancing for 16 years – are said to be passionate about cars.

On Tuesday the two were seen strolling around the Italianate village created by architect and visionary Clough Williams-Ellis near Porthmadog.

Visitors to the attraction were told that a TV company were filming there and that they could opt out of being filmed if they wanted to.

nation.cymru can reveal, however, that the filming was for a new ITV travel show which sees the stars travel the length and breadth of the UK in an array of different motors.

The show – provisionally called Craig And Bruno’s Great British Adventure – will “combine their dual love of both cars and travel”.

Bruno has spoken previously about his love of fast cars.

He said: “I always had nice cars. I love driving around Regent’s Park with the roof down, and I think – I suppose that is, kind of, my extravagance.”

In a break between filming at Portmeirion, the two stars both looked relaxed as they posed for a few photographs with fans.

They both smiled and were full of compliments about the fantastic location.

Bruno said: “It is so beautiful,” while Craig had to laugh when a woman came up to him and asked: “Are you famous?”