Public Health Wales has confirmed 77 new cases of coronavirus in today’s report, the highest daily increase since 29 June when Wales was still in partial lockdown.

Fourteen of those are in Caerphilly, where visits to care homes have been stopped with immediate by the local authority. Residents are also being warned that further coronavirus restrictions could be imposed if the number of cases continues to rise.

Overall, there have been 62 new infections in the county in the last seven days as the proportion of cases per 100,000 of the population reached 34.2, the highest in Wales.

Fifteen infections are reported in Rhondda Cynon Taff, taking the total for the week to 41. Yesterday health officials said that efforts to trace contacts associated with a cluster of cases in the area were being hindered by some of those who have tested positive refusing to cooperate with the track and trace programme.

Caerphilly’s MS Hefin David has warned of the possibility of a local lockdown being introduced if the increase of case continues in the area.

“This is in the hands of the community,” Mr David told BBC Radio Wales.

“If people get back to serious social distancing, hand washing, limiting contact, we can get back to where we were.

“People have to take this seriously.”

“The thing I desperately don’t want to see is another harsh lockdown…as we had in March.

“The only way we are going to avoid doing that is if we get back to that disciplined process that we had and were doing so well at.”

Dr Robin Howe, Incident Director for the Coronavirus outbreak at Public Health Wales, said: “It appears that as lockdown restrictions have eased, people have taken advantage of the greater possibilities for activities, but they seem to have forgotten the importance of social distancing – resulting in possible transmission in the wider community.”

In addition to closing care homes to visitors the council has also confirmed there will be a temporary return to weekly testing in care settings.

Last month Health Minister Vaughan Gething MS, announced testing in care homes would move to a fortnightly cycle as the rate of Covid-19 infections were declining.

Councillor Carl Cuss, cabinet member for social services, told BBC Wales: “I fully appreciate that care home residents and their families will be very disappointed with this decision, but I would like to assure all concerned that the decision was taken in the best interest of protecting their health.”

Restrictions on indoor visits to care homes were only lifted by the Welsh Government last week.

The number of people in Wales diagnosed with the virus since the start of the pandemic has now risen to 18,283. Across Wales 6,549 tests were carried out yesterday.

One new death has also been reported by PHW, meaning the total number of deaths since March is 1,597. 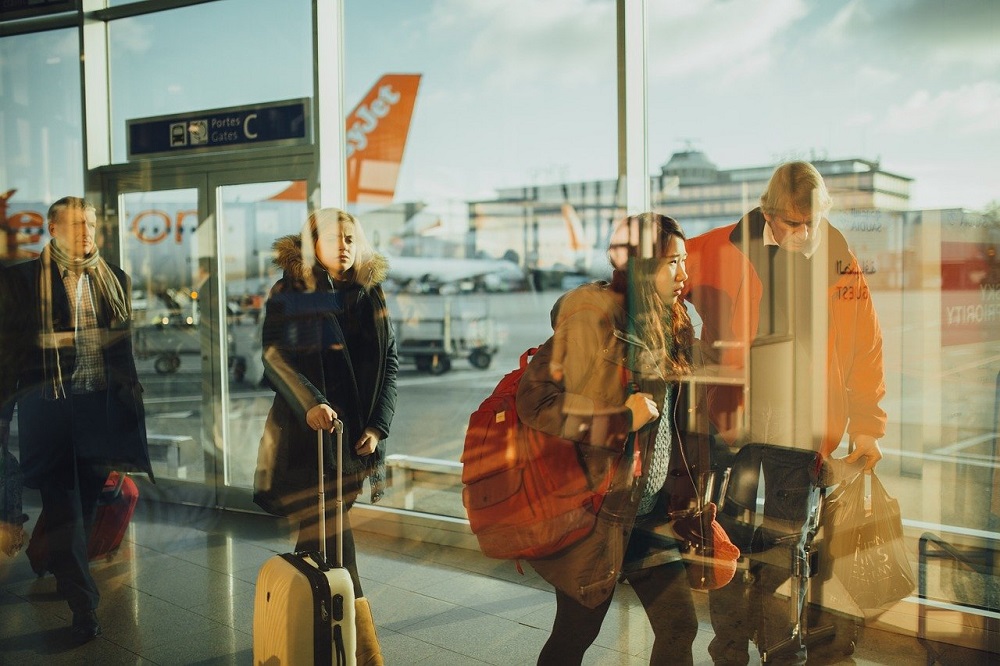 Health Minister Vaughan Gething is pressing for an early meeting with the UK government and Scottish and Northern Irish governments to discuss the latest report by the UK Joint Biosecurity Centre over restriction on travellers entering the UK.

Both Wales and Scotland introduced quarantine measures on travellers from Portugal this week.

Wales also requires people arriving in the UK from several Greek Islands to self-isolate for 14 days, while Scotland has extended the requirement to people arriving from mainland Greece.

Those restrictions do not apply in England or Northern Ireland.

Yesterday UK Transport Secretary Grant Shapps accused Scotland of “jumping the gun” by adding Portugal to the quarantine list and said Mr Gething had misinterpreted the report from the JBC but the Welsh health minister told the Guardian: “The JBC report was really clear on Greece, it said overall it’s a moderate risk. However, they note a high risk to UK public health from travellers returning from geographically dispersed Greek island groups.

“I don’t see how you can have direct advice of high risk to public health and not take action. I have to do what I think is right.”

Regarding the decision to add Portugal to the quarantine list he said: “The advice was clear. They [the JBC] had upped the risk rating because of an increase in positive cases per 100,000, well above our normal threshold for taking action.”

Mr Gething also said UK government ministers were not available for a meeting until after the Welsh Government’s restrictions were announced.

A Scottish government spokesperson said the decision was taken because of a “worrying number” of positive Covid tests among people who had recently returned from Greece, and said the UK government made its decision to not apply restrictions on travel from Portugal before considering the latest data.

In the last week, the NHS Wales Test Trace Protect service identified six clusters amounting to over 30 cases of Covid-19 linked to four flights from Zante, two of which landed in Wales and two in England.

Another flight from Zante landed at Cardiff last night and passengers were given a letter before leaving the airport requesting that they self-isolate for 14 days due to the risk of unknowingly spreading Covid-19 to others. All passengers were also offered a Covid-19 antigen test within 48 hours of their return and will be offered a repeat test eight days after returning home.

A Freedom of Information request by the Welsh Conservatives has revealed that over £500 million has been spent on NHS agency staff in the last four years.

Six Welsh health boards have disclosed spending totalling £550,116,528.27 on agency staff between 2016 – 2020. The Cardiff and Vale University Health Board has yet to respond to the FOI request, meaning the total spend is likely to be considerably higher.

Shadow Minister for Health, Social Care and Sport, Andrew RT Davies MS, called the figures “a scandal” and pledged that if the Tories won next year’s Senedd elections they would invest  in a nursing apprenticeship programme to reduce the need for agency nurses.

“Our Welsh NHS is rightly a cherished institution, with dedicated staff working tirelessly to deliver first-class care to their patients,” Mr Davies said.

“Spending large funds on agency staff is a short-term solution, when NHS Wales needs a sustainable, long-term one.

“More than half a billion pounds would have been better spent on recruiting, reskilling and – crucially – retaining essential health professionals. It is key that we not only equip staff with the necessary tools but also retain them – and not just for the short term.

“The Welsh Conservatives have a catalogue of robust measures which, if elected as the Welsh Government next year, will be swiftly introduced to revitalise our Welsh NHS, including a £34 million-a-year scheme on offering nursing apprenticeships.”

The Welsh Government has announced it will fund up to 37 additional places for students at Cardiff University School of Medicine.

There will be an additional 25 undergraduate places this academic year, with up to a further 12 places next year.

The move follows an increase in the number of successful applications to study medicine and healthcare courses this year.

The funding will contribute to the students’ costs, as well as staffing and overheads to support the university in delivering the courses for the additional students.

Professor Stephen Riley, Head of the School of Medicine at Cardiff University, said: “It is excellent news that Welsh Government are showing their support for the medical students who have been affected by this year’s A level results situation.

“Cardiff University is now able to provide places for all those who had fulfilled the terms of their confirmed offer over the next two years. We will work hard with our NHS partners within Wales to provide them with excellent clinical training. Hopefully they will choose to remain within Wales to be our doctors of the future.”

The Welsh Conservatives are pressing the Welsh Government to increase the price of single-use carrier bags in Wales following the announcement this week that the UK Government will increase the charge to 10p from April 2021 in England.

Janet Finch-Saunders MS, the Shadow Minister for Climate Change, Energy, and Rural Affairs, said that “Wales is falling behind on the war on plastic waste” and should double the price from 5p to 10p in line with England.

“We were the first UK country to introduce a charge for single use carrier bags, but there is the need to build on this to secure further reductions in use,” she said.

“The UK Government found a significant majority of respondents to be in favour – 74 percent of the public and 71 percent of organisations. There is momentum in England, and I believe that we have the same passion for reducing our reliance on single-use plastic bags and protecting the environment here in Wales.”