Health Minister Vaughan Gething has revealed the government is undertaking a programme of antibody testing of school staff who have been working in hub schools during the coronavirus pandemic.

The government has also made plans for the rapid deployment of antigen testing if there are any outbreaks of Covid-19 in schools or if schools have failed to follow the government guidelines for infection prevention measures.

Schools in Wales have been closed to most pupils since the start of the coronavirus outbreak in March but are due to reopen on Monday.

Around 6,000 pupils, the children of key workers and those deemed vulnerable, have attended hub schools across Wales since the shutdown and residential and special schools have continued operating.

Mobile Testing Units could be deployed if required and plans have been made to establish temporary testing facilities and drop off and collection routes if needed.

In a written statement Mr Gething revealed testing is being rolled out to at least 10% of schools staff who have worked in hub schools during the pandemic.

Over 9000 people will be tested under the programme and the government is hoping the results will assist in understanding the spread of the virus amongst school staff.

In the statement Mr Gething wrote that antibody testing will be repeated following the end of term with an additional sample group consisting of the broader school community.

Official figures up to May 31 report that a total of 24 education workers have tested positive for the virus out of the 440 tests carried out.

Five more deaths from coronavirus have been reported by Public Health Wales.  The total  number of deaths now stands at 1,502.

There were 46 new cases reported over the last 24 hours taking the overall total for confirmed infections in Wales to 15,577. Yesterday 3,246 tests for the virus were carried out.

The Welsh Government has issued new guidance for meat processing and food production plants about preventing and managing outbreaks of coronavirus.

The guidance has been developed with Public Health Wales, unions representing the workforce, the Food Standards Agency and the Health and Safety Executive, following recent outbreaks at three meat and food plants in Wales.

Over 400 workers have been diagnosed with Covid-19 at the plants in the last week.

The outbreaks in north Wales, centred on the 2 Sisters plant in Llangefni and Rowan Foods, in Wrexham, are being closely monitored, including for any evidence of wider community transmission.

All staff working at the plants are being tested and the close contacts of people who have tested positive are being identified and contacted by the NHS Wales Test, Trace, Protect service.

The incident in south Wales, which involves more than 30 cases dating back to the end of March is linked to Kepak in Merthyr Tydfil and is also being investigated.

Outbreaks of the virus in meat processing centres have been a feature of the pandemic around the world, with the USA, France and Germany all recently reporting cases.

It is thought that conditions within the plants make it easier for the virus to spread: Cool, damp conditions, lack of ventilation and lots of smooth surfaces which means the virus can survive longer. In addition, workers often have to work in close proximity to each other, and a noisy environment results in workers projecting their voices to make themselves heard – adding to the risk of the virus being transmitted by air.

The new guidance provides advice to the sector in a number of areas, including:

The guidance also recommends that, wherever possible, employees should be organised into groups built around natural work teams. These groups should work together, take their breaks together, change clothes together, and, if relevant, they should travel to work together.

This will help to minimise the number of people who are in contact with each other at any one time, reducing the potential spread of the virus in the workplace.

In addition to the new guidance, the Environment, Energy and Rural Affairs Minister, Lesley Griffiths has commissioned Food Innovation Wales, a delivery partner of the Welsh Government, to carry out a rapid risk assessment of meat processing sites across Wales.

Initial work has been completed and the findings are currently with the minister for consideration and the review has now been extended to packaging and processing plants for other types of food in Wales.

Angela Burns MS, the Welsh Conservatives Shadow Minister for Health, has called for the introduction of ‘social bubbles’ to Wales after First Minister Mark Drakeford confirmed yesterday that the government were looking at the issue of “extended households”.

“We’ve had extensive discussions on the subject of extended households,” Mark Drakeford said at Friday’s daily press conference. “I hope to be in a position very early next week to make some announcements on that.

“At the start of next week, we will have reached a decision and make an announcement.”

Scotland, Northern Ireland and England have already announced so-called household ‘support bubbles’. These allow adults who live alone or with dependent children only to mingle with another, similar household without the need to adhere to social distancing guidelines.

“The lockdown has been, for some people, the hardest time of their lives. Cut off from family and friends – and no matter what, Zoom and Skype calls just aren’t the same thing – for weeks on end, with limited ability to go out and none of course to socialise – it will have had an effect on their mental and emotional well-being,” the shadow minister said.

“It has been a terribly hard time for single people in households, and it is time to give them the support they need.” 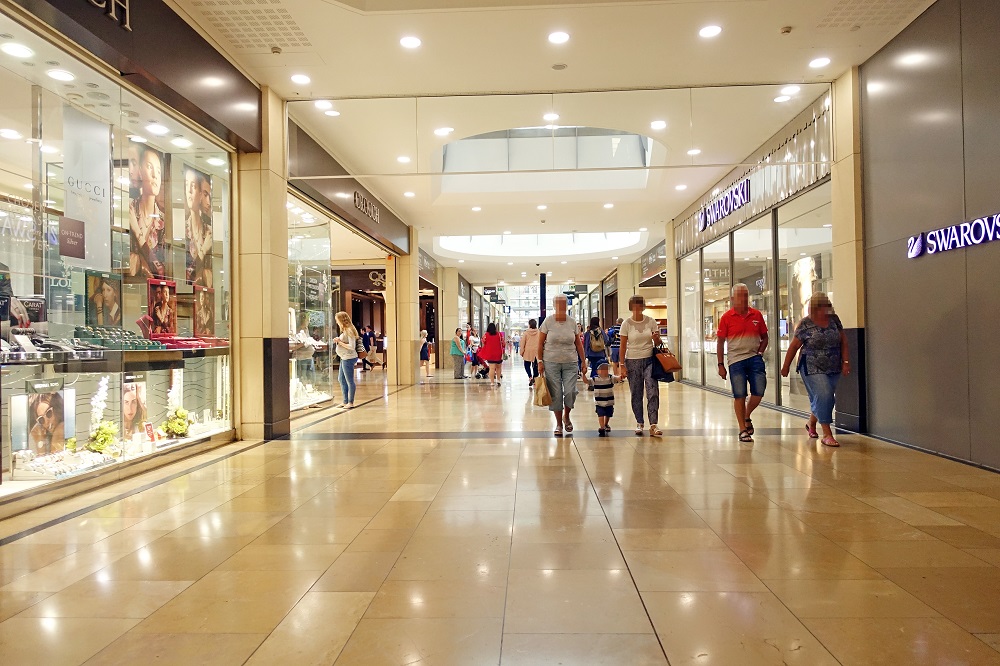 Intu Properties, the company that part-owns the St David’s Centre in Cardiff, has collapsed into administration after failing to secure an agreement with its creditors.

The company owns a number of centres across the UK including Lakeside in Essex, the Trafford Centre in Manchester and Gateshead’s Metrocentre.

The retail sector has been badly hit by the coronavirus pandemic and the closure of non-essential shops since March.

Intu has debts of more than £4.5bn and was unable to persuade lenders to grant a standstill on debt repayments before a deadline on Friday night.

The accountancy firm KPMG has been appointed to handle the administration of Intu as well as eight other subsidiary companies.

The company’s shopping centres around the country would continue to trade as normal while the future of the malls is resolved.

There are over 150 shops, restaurants and cafes in the St David’s Centre employing thousands of workers

First Minister Mark Drakeford has announced a grant to support new businesses dealing with the impact of coronavirus.

The fund will be worth £5 million and will support start-up firms, which fall outside the UK Government’s Self Employment Income Support Scheme (SEISS) as they only began trading in 2019.

Applications for this grant will open on 29 June, at the same time as phase two of the government’s Economic Resilience Fund opens to applications.

To be eligible for the start-up grant, businesses must:

Applicants will need to submit a two-page application form and self-declaration supported by evidence.