Plaid Cymru leader, Adam Price AM (Plaid, Carms. E. & Dinwfwr) brought up the recent row over the appointment of a new head of the National Library, particularly whether the post-holder had to be a Welsh-speaker:

“….it’s become apparent that the (Deputy Minister for Culture, Dafydd-Elis Thomas) has opposed making Welsh language a requirement for the post of national librarian, contrary to your own government’s policy. E-mails between the Welsh Government and the national library….confirm that the Government had tried to make a deal in terms of the national broadcast archive, to bring pressure to bear on the library authorities not to make the Welsh language a requirement for the post.”

A month later, the money for the broadcast archive was in the balance (though an agreement has since been reached). Did this “inappropriate influence” constitute a breach of the Ministerial Code and Nolan Principles on Public Life?

The First Minister disagreed and using snippets of telephone conversations didn’t count as evidence. It was all OK because it turned out fine in the end. He said we need to look at what we now have – a national librarian who’s a fluent Welsh-speaker and a new broadcasting archive. That was more powerful testimony, while Adam Price was “only recognising the weeds of the matter, not the substance”.

Public procurement “not fit for purpose”

Leader of the Opposition, Paul Davies AM (Con, Preseli Pembs.) focused his attention on the Welsh Government’s public procurement record. In 2017, just £150million was spent through the National Procurement Service (NPS) compared to a target of £1billion. The NPS was even unable to repay a £5.9million Welsh Government loan. Why has NPS failed so badly and why were the Welsh Government “dithering and kicking another decision into the long grass” on its long-term replacement.

The First Minister said public procurement was under review and a slimmed-down NPS was one part of that, but he rejected “dreary old tropes”:

“Well, it’s a dreary old trope that the Member offers us week after week. I can assure Members that the review of the NPS has been led by the people who use that service….We do that precisely in order to make sure that local economies are able to take advantage of public procurement, as we move to a situation where it is not the cheapest price, but the greatest value in the round for public expenditure that we get from the £6 billion worth of public expenditure that is carried out in this way each year.”

This afternoon was also an opportunity for AMs to put questions to Deputy Minister without portfolio, Jane Hutt (Lab, Vale of Glamorgan).

Joyce Watson AM (Lab, Mid & West Wales) raised the issue of abuse of women online. A recent review found that female politicians were disproportionate targets for such abuse, which she said was cowardly and detrimental to efforts to encourage women into public life.

Leanne Wood AM (Plaid, Rhondda) later described it as an “epidemic” and something she has personal experience of – though research suggests it now affects younger women to a greater extent than older women. Did the government agree that it should be recorded as a form of gender-based abuse?

The Deputy Minister said it was critical social media companies were properly held to account and she would tell the UK Ministers responsible to properly engage with them as it’s a non-devolved matter; “We cannot afford to let the bullies win” and the Welsh Government’s position is that abuse of candidates and holders of public office was intolerable, as was intimidation of voters. 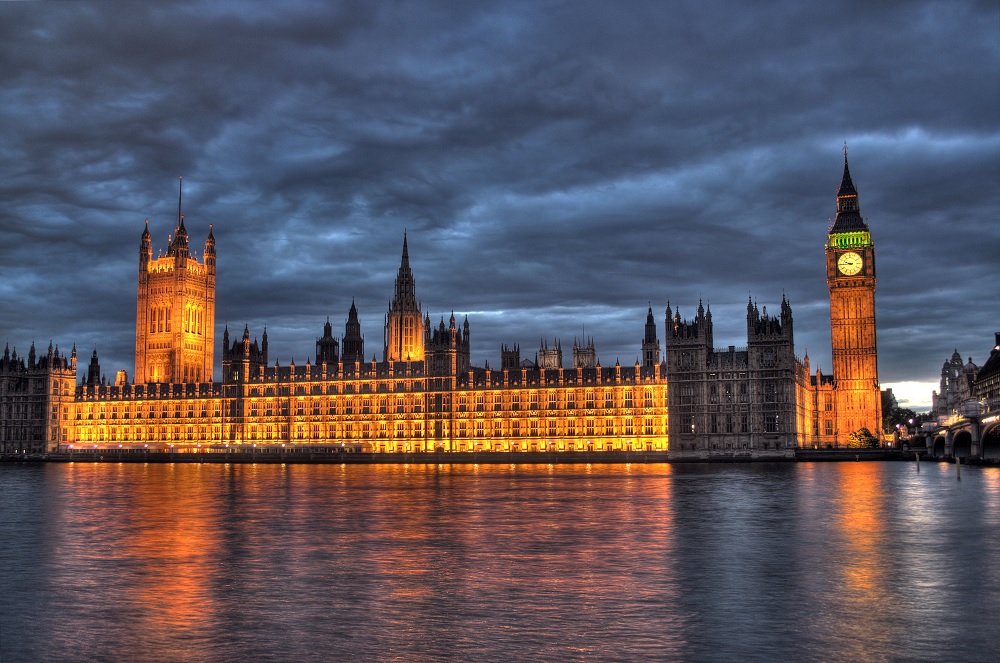 Westminster. Picture by Maurice (CC BY 2.0)

Following the EU Commission’s agreement to extend Brexit until April 12th at the earliest, the Chair of the External Affairs Committee, David Rees AM (Lab, Aberavon) tabled an emergency question asking for a statement from the Welsh Government.

David Rees said the Prime Minister spent a “weekend in chaos” at Chequers talking to Brexiteers. There was a very real danger that when April 12th comes around we’ll be in the same situation; did the Welsh Government agree the time has come for Theresa May to reach out and work with opposition parties to find a way forward?

Counsel General & Brexit Minister, Jeremy Miles AM (Lab, Neath), replied that it was “comforting” to have an extension and to see the UK House of Commons take control of the situation through a vote yesterday. He added it was incumbent on the Prime Minister to get a grip and it would be “deeply irresponsible” for her to pursue her agreement for the third time.

Shadow International Affairs Minister, Darren Millar AM (Con, Clwyd West) defended the Prime Minister; she was getting on with the job of delivering the referendum result and it was time to put party politics to one side:

“So, let me be clear, Wales voted to leave the EU, and leave the EU we must. Both the UK and the Welsh governments must respect that decision and must work together to deliver on the outcome of the referendum. The people of Wales did not vote for further European elections. They did not vote for long periods of uncertainty. They want this uncertainty to come to an end.”
– Shadow International Affairs Minister, Darren Millar AM

The Brexit Minister repeated that had the Prime Minister built a broader coalition of support beyond the DUP, we wouldn’t be in this mess. Theresa May had to accept the will of the House of Commons.

Delyth Jewell AM (Plaid, South Wales East) asked what the Welsh Government were will to do to avoid a “No Deal” – which she likened to a bringing a train to an emergency stop. There were a number of options including revoking Article 50 and revisiting the UK’s relationship with the EU (via a second referendum) or extending Article 50 further to allow a renegotiation with the EU – which could mean the UK taking part in June’s European Parliament elections.

The Brexit Minister put paid to the first idea:

“The European Court of Justice has been very clear that it is not available to the UK Government to revoke Article 50 in order to seek another referendum. It is clear that the only basis on which that can be revoked is if there is a change of approach and that the UK intends to remain as a Member state of the EU.”
– Counsel General & Brexit Minister, Jeremy Miles

He accepted that the public is unlikely to get wholly behind one option and he hoped that the kind of Brexit deal advocated by the Welsh Government and Plaid Cymru – close alignment and strong partnership – would make its way onto the table.

On March 18th, the Committee considered several trade agreements the UK Government has signed as preparation for life after Brexit.

I’m going to assume the Committee will issue periodic updates as further agreements are signed. This first report includes a legal assessment on whether the agreements affect powers within the Senedd’s competence and whether there are any other direct policy implications on Wales. My understanding is the deals come into effect immediately if there’s a “No Deal” on 12th April 2019, but if there is an agreement with the EU then they’ll come into effect at the end of the transition period in 2021.

The Committee’s broad conclusion was that the Welsh Government should get a look at the text of these draft agreements before they’re signed.

Export and import figures are for goods and services combined unless stated differently.

“Antidepressants and other prescription medications can be a lifeline to many people. However, there is a growing body of opinion that it can be difficult to stop using some medications and that not enough advice is available to patients at the outset.

“What is clear is that we need to do more to improve the support and information that is available to people who are prescribed these medications.”
– Committee Chair, Janet Finch-Saunders AM (Con, Aberconwy)

There are a number of drug categories (sedatives, pain-killers etc.) which can lead to addiction; some common over-the-counter drugs, particularly those which use opioids – like Nurofen Plus (codeine) – can lead to dependence and withdrawal. The Petitions Committee were particularly concerned over anti-depressants and the withdrawal symptoms associated with them.

While the petition specifically called for greater recognition of prescription drug addiction, the Committee received evidence from both BMA Cymru and the Health Minister, Vaughan Gething (Lab, Cardiff S. & Penarth), that there is an awareness amongst health professionals and the NHS generally that prescription drugs can and do lead to addictions.

The Welsh Government’s substance abuse plan has specific measures to deal with prescription drug abuse, with Health Minister saying Wales was “ahead of the game” in that regard.

However, there wasn’t universal agreement on the idea anti-depressants are potentially addictive amongst health boards; Abertawe Bro Morgannwg rejected the idea outright, while Hywel Dda did accept a problem.

2. There’s a high volume of prescriptions for medicines which can cause an addiction

Bangor University’s Prof. David Healy told the Committee that 10% of the Welsh population take anti-depressants and 80-90% of those are on the treatment for a year or more – some for over a decade.

The BMA said there wasn’t enough data to determine if there was a serious problem across the UK as a whole, but called for better support systems for patients who experience withdrawal or an addiction to prescription drugs. The petitioner also called for specialist services.

Betsi Cadwaladr health board said they have such a service which is provided in order to prevent prescription drug addicts being re-directed onto substance misuse programmes for narcotics and alcohol; the majority of people (58%) using this service were prescribed benzodiazepines (sleeping tablets), while just 2% used anti-depressants – which could be a sign of lack of recognition of anti-depressant addiction in itself.

3. Guidance on the use of anti-depressants requires an update

The Welsh Government issued guidance on the use of some anti-depressants in July 2016 and the official policy is to only prescribe them based on clinical judgement and after full consideration of alternatives to medicines (where appropriate).

The Committee was, however, told there was a conflict with NICE guidelines – said to be “inaccurate and inadequate” because they didn’t fully take into account the depth and length of possible withdrawal symptoms.

The BMA called for “clear guidance on tapering and withdrawal management”. The Health Minister told the Committee he was willing to consider new guidance and a “prescribing indicator” so the NHS can properly monitor trends in the use of anti-depressants to inform clinical decisions.