Here’s a summary of this afternoon’s questions to the Finance Minister, Rebecca Evans (Lab, Gower).

Criticising UK Government feet-dragging on publication of their own budget – now not due until March 11th – Rhun ap Iorwerth AM (Plaid, Ynys Môn) turned his attention to the draft Welsh budget and was equally critical, saying it lacked innovation and failed to demonstrate meaningful actions when dealing with climate change.

“….look at the Wales infrastructure investment plan update for 2019. It shows an investment of £1.56 billion on roads compared with an investment of £818 million in sustainable transport, which suggests to me that elements of your budgeting could actually be undermining your net-zero carbon objectives.”
– Rhun ap Iorwerth AM

The Minister took opposition parties to task for scrutinising by press release and doing little to put forward alternative budgets themselves.

While there was a broad investment package in decarbonisation and biodiversity, she stressed it was often difficult to count the impact budgets have on carbon emissions – citing an example of emission reductions from investment in electric vehicle infrastructure being dependent on public electric vehicle uptake, but investment in public sector vehicles being easier to monitor as the government will know the emission impact from each vehicle replaced.

“Looking at the evidence, we don’t have to do all the empirical evidence-gathering ourselves – just looking for examples of good practice globally, in terms of what we know works, taking advice from the UK Committee on Climate Change in terms of what they would like to see Welsh Government focusing its efforts on in terms of decarbonisation, and lowering our carbon emissions across Wales.”
– Finance Minister, Rebecca Evans

The Minister confirmed that business rate relief for the high street will be extended in 2020-21. However, Darren Millar said business rates remain high in Wales and a “golden opportunity” has been missed:

“….in spite of that relief that you are extending, we’ve still got the most punitive business rates regime in the whole UK. And, of course, in addition to having the highest business rates….we also have very high land transaction tax for non-commercial properties, and they will continue to be higher than Scotland or England for the foreseeable future. Why is it that you didn’t take the opportunity to have a look at reducing those taxes to promote investment and to promote business as the wealth creators in Wales in your budget, and will you reconsider that position before bringing the final budget to this Chamber?”
– Darren Millar AM

The Finance Minister said this was an incorrect assessment; a larger proportion of Welsh businesses are eligible for rate relief than in England. There was no indication either than land transaction tax was stimying business. Over 90% of non-residential/commercial property transactions in Wales pay the same or lower rate than English stamp duty.

Sian Gwenllian AM (Plaid, Arfon) raised a case of a Welsh-speaking dementia patient, who Betsi Cadwaladr health board are considering commissioning care for in England where there would be no Welsh language provision. As things stand this would be completely legal.

“Surely, it should be an expectation on a health board to provide a service for vulnerable patients, such as dementia patients, in their first language, and that it shouldn’t fall to families, politicians and pressure groups to safeguard the human right of Welsh speakers to a service through the medium of their language. Do you agree with the suggestion of the First Minister yesterday that there are fundamental deficiencies in the health standards and that they must be revisited as a matter of urgency?”
– Sian Gwenllian AM

The Minister said there are sometimes clinical issues which mean patients have to leave the country, though she recognised that Welsh-medium care is something that should be offered in Wales. There had to be an attitude change by health boards and they need to be made more aware of their obligations – but she offered no commitments or guarantees beyond that.

Shadow Culture Minister, David Melding AM (Con, South Wales Central), congratulated Taron Egerton on his recent Golden Globes success, suggesting it was an example of what Wales and Welsh talent can achieve. However, the Welsh film and TV industry were still lagging behind peers like New Zealand. What work was the Welsh Government doing to promote Wales as a film location?

The Minister aims to take the Welsh film and TV industry global:

“….in terms of the international strategy, which we’ll launch next week, one of the three sectors that we’re hoping to promote Wales in terms of how we want to be perceived internationally is TV and film. And if you look at the developments over the past 10 years, we now have about 50,000 people working in this industry, and that I think is a growth of about 50% in the past 10 years. So I think we’re heading in the right direction, but we need to shout about it internationally, and that’s certainly something I hope to be doing.”
– International Affairs & Welsh Language Minister, Eluned Morgan

“I am a little concerned that the Welsh Government has been cosying up to the Vietnamese Government in recent years, particularly through the Wales-Vietnam education link. Now, indeed, the Welsh Government rolled out the red carpet for a visit by the Vietnamese Education Minister last year, less than 12 months ago. As you will be aware, Minister, the Vietnamese regime is a police state, which is regularly accused of human rights violations, not least in relation to the minority Christian community there.”
– Shadow International Affairs Minister, Darren Millar AM

Whilst believing developing links with other nations is appropriate, Huw Irranca-Davies AM (Lab, Ogmore) raised his own concerns that in the post-Brexit scramble for trade deals, UK human rights commitments would be “watered-down” as EU obligations become void.

The Minister was disappointed Darren Millar attacked a “very strong education relationship” with Vietnam, which she described as an “up and coming country”. Human rights prompt difficult decisions sometimes and the Welsh Government assessed the partnership as being constructive and mutually beneficial.

“I think first of all it’s worth saying that human rights are commonly not something that is substantively provided for within trade agreements. What happens is they are referred to, they are referenced on to broader framework agreements, and what we in the Welsh Government would want to see is a reference to those broader framework agreements that would cover human rights to make sure that there is a link between the trade policies and those broader human rights situations.”
– International Affairs & Welsh Language Minister, Eluned Morgan 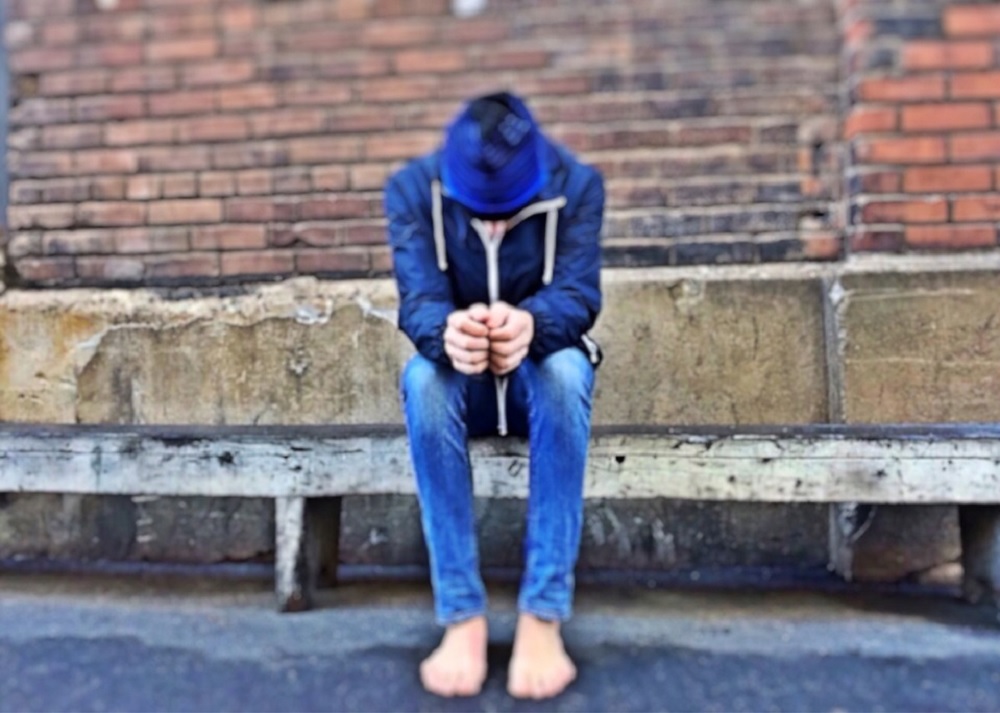 In a follow-up report on rough-sleeping (pdf), the Senedd’s Communities Committee suggested the Welsh Government needs to do much more to cut harmful behaviours amongst rough-sleepers.

“There is no question that we are facing a rough sleeping crisis and there is not currently enough money in the system to deliver the significant shift needed to tackle the problem. However, it’s also clear that there are many structural problems across Wales preventing us from eradicating rough sleeping. Homelessness cannot be prevented through housing alone, there is a role for all public services in tackling the issue.”
– Committee Chair, John Griffiths AM (Lab, Newport East)

The Committee heard that lack of training and lack of leadership within organisations dealing with rough-sleepers was a major barrier to progress. Some organisations suggested the introduction of sterile “injecting rooms” for drug-users – though this fell outside devolved powers.

Welsh approach to international agreements “needs strengthening” ahead of Brexit

The Senedd’s External Affairs Committee published a short report (pdf) in which they called for the role the Senedd and Welsh Government plays in future trade agreements to be strengthened.

The report concludes that while there’s a memorandum of understanding between the devolved government and the UK Government on their respective roles in future trade agreements, early engagement by Wales was needed when new trade deals are proposed.

The Committee also considered two options for Wales at the end of trade deal negotiations – a formal “veto”, or a “softer” guarantee that the Senedd can express a view to inform decisions on and trade deal.

The Committee recommended that in situations where the Welsh Government is involved in a trade agreement process which could impact devolved policy areas or constrains the Senedd’s powers, they seek the Senedd’s consent. 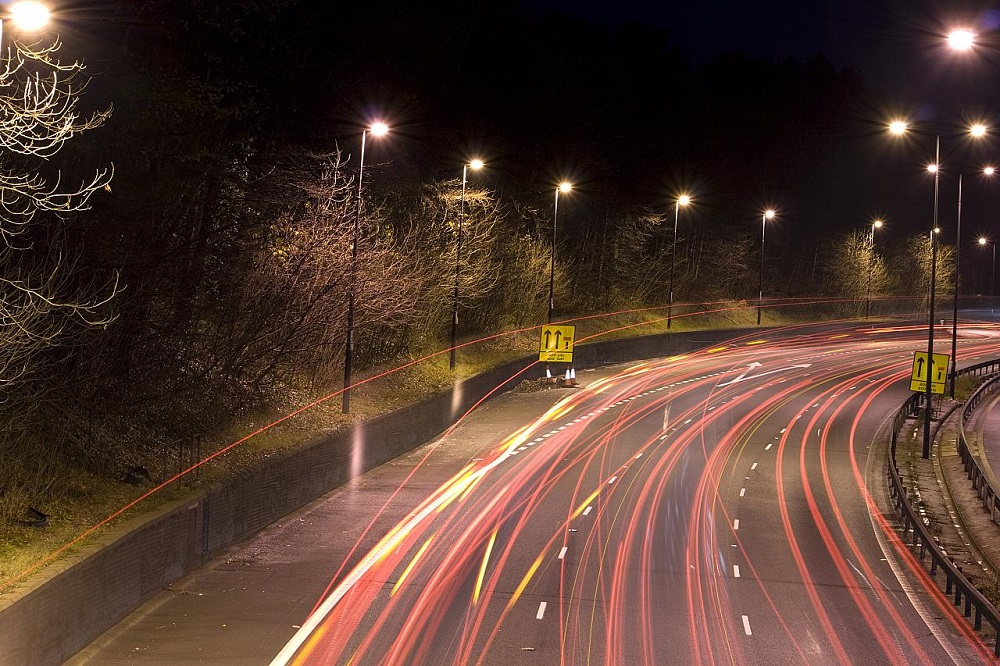 The commission was set up after the Newport bypass was scrapped in June 2019. Longer-term and permanent measures will be published by the end of 2020.

Promising further improvements to bus and rail services in the south-east, Economy & Transport Minister, Ken Skates (Lab, Clwyd South) said: “Traffic management measures can only ever play a small role in a holistic solution that considers the structural, societal, and economic root causes of congestion on the M4 while meeting the needs of, and our obligations to, future generations.”

What a load of vacuous, virtue-signalling b******s. No wonder Labour and Plaid Cymru are on the slide. (And thank God for that!)

She said ” … taking advice from the UK Committee on Climate Change in terms of what they would like to see Welsh Government focusing its efforts on in terms of decarbonisation, and lowering our carbon emissions across Wales.”

She means “… taking advice from the UK Committee on Climate Change in terms of what they would like to see Welsh Government focusing its efforts on in terms of deindustrialisation, and lowering our living standards across Wales.”

Considering New Zealand has a more variety of scenery, is a larger country and spans more climate zones than Wales, it would be odd if New Zealand didn’t attract more film makers. Wales also faces some strong competition from its neighbours, Ireland and Scotland for rural and coastal landscapes.

True. But shouldn’t Wales be looking beyond the exploitation of its natural resources. Shouldn’t the New Wales be about creating more opportunities and platforms for its home grown talent especially in high-tech areas, which would include computer-generated imagery for film, TV and multimedia. This makes “Made in Wales” possible without expensive up-front investment in film studios or having to incur the expense of A list international luvvies.