Adam Price AM (Plaid, Carms. E. & Dinefwr) asked what was the brightest outcome for Wales: Brexit or independence?

“As we saw over the summer, from Caernarfon to Merthyr, thousands are on the march in Wales, and on independence the tide is turning. And….you risk, First Minister, being overtaken by events as history is accelerating. It’s happened, of course, on more than one occasion against the backdrop of Brexit. Over the summer you still said in one of your first ministerial videos that you wanted to leave the European Union on the best of terms….Even your Health Minister says your party’s policy of being both leave and remain deserves ridicule. Do you?”
– Adam Price AM

The First Minister said Brexit or independence wasn’t a sensible choice either way. The best outcome was a strong devolved settlement, in a strong UK in a successful Europe. The answer to any feelings of frustration over Boris Johnson’s actions wasn’t to seek independence as borders create divisions.

Leader of the Opposition, Paul Davies AM (Con, Preseli Pembs.), criticised the Welsh Government’s slow pace of work on several key issues affecting Wales. It was acknowledged that issues around the Newport M4 need urgent solutions, yet there hasn’t been a single update since June 25th and the expected timetable for the commission’s report has been pushed back to spring 2020.

The First Minister appealed for patience:

“The Burns review has been working hard over the summer. It is working actively, it is recruiting the other members of the commission it will need. We will announce those names very shortly. It will hold its first public engagement event next month, and I expect that the next set of proposals from the review will be with us by the end of this calendar year, as we have said all along.”
– First Minister, Mark Drakeford (Lab, Cardiff West)

Then there was the climate emergency; “no substantial proposals” have been forthcoming there either – but the irony wasn’t lost on the First Minister who said the Tories couldn’t complain that the Welsh Government wasn’t taking the climate emergency seriously when they’ve rejected the Newport bypass.

Mark Reckless AM (BXP, South Wales East) half-jokingly said that while a few weeks ago the First Minister accused Boris Johnson of lying, what did he make of Labour’s “We will deliver a relief road for the M4?”

The First Minister was growing tired of answering questions about the Newport bypass and he wasn’t going to take statements like that from a man who’s represented several parties under different manifestos in a single term.

When Mark Reckless turned attentions to various statements from the Welsh Government saying they respected the EU referendum result, but are now seeking some form of “in-in referendum”, the First Minister argued:

“….It became clear to us, particularly as a new leader of the Conservative Party was elected, that that possibility had simply evaporated – that no matter how hard we argued for it and no matter how cogent our position was, it was never going to make a difference to somebody who….wasn’t interested in the arguments.”
– First Minister, Mark Drakeford

How do the deals work?

Both agreements would allow UK, Portuguese and Luxembourger nationals to vote and stand in each other’s respective local government elections. The UK Government was unable to secure reciprocal voting rights as part of EU withdrawal negotiations so UK nationals living in the EU will be reliant on the electoral rules of the respective member states. The UK Government has decided to negotiate bilateral treaties with each member state.

26,000 UK nationals live in Portugal and under the terms of the agreement in order to vote or stand in an election they’ll need a residence permit, will need to have lived in Portugal for at least three years and be on the Portuguese electoral register.

There are slight differences between the two treaties regarding modification and cancellation.

What do these agreements mean for Wales?

The electorate for the Senedd is the same as that for local elections and powers relating to the electoral franchise for local and Senedd elections were devolved to Wales in 2017.

The UK Government kept the devolved administrations up to date with the treaties – and, in principle, the Welsh Government agrees with their policy position. However, the First Minister said the treaties were limiting the Senedd’s powers to legislate for the devolved electoral franchise.

The Welsh Government has asked to be fully involved in any negotiations regarding these electoral agreements so commitments aren’t made without its consent.

The Committee concluded that if, in the future, the UK Government failed to reach agreements with EU member states they may decide to unilaterally withdraw the right for the EU state’s citizens to vote in UK elections – which would encroach on devolved powers.

The Committee then suggests:

“If the Welsh Government and the Assembly wish to retain the entitlement of citizens of that country to vote in devolved elections, it may be necessary to act quickly to ensure that any changes made by the UK Government do not apply to devolved elections. That could involve using the Emergency Bill procedure set out in Assembly Standing Orders.” 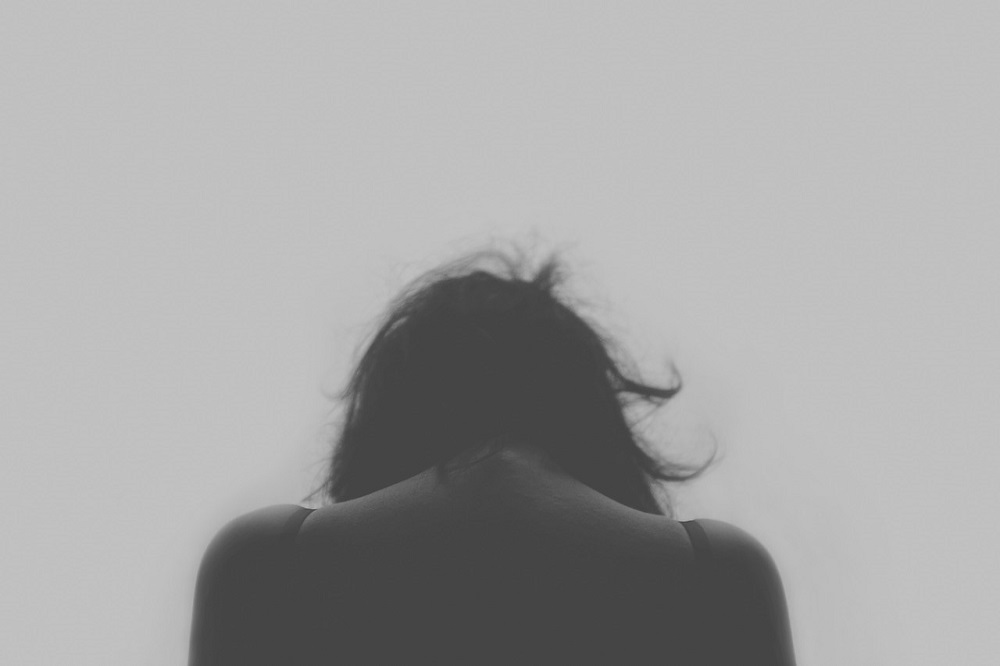 “Delivering mental health care is now a vital part of the NHS, but the Petitions Committee has received evidence which indicates that services remain under-resourced, that not enough is understood about mental health and that there is too much confusion around accessing the right services.”
– Committee Chair, Janet Finch-Saunders AM (Con, Aberconwy)

One of the concerns raised by the petitioner was the constant to-and-fro between GPs and mental health professionals.

Mental health charity, Hafal, told the Committee that it was unclear who was responsible for chasing up referrals and telling patients what’s going on. Hafal also suggested there were too many separate mental health teams: primary care, community, crisis, home-treatment, assertive outreach; they believe properly trained and resourced community mental health teams can do all of it.

Mind Cymru said it was vital GPs received proper training on mental health (going so far as to suggest GP training be extended by a year) so they are aware when someone is in crisis and need to access secondary mental health services. This is despite a survey suggesting 40% of all GP appointments relate to mental health.

The petitioner said it shouldn’t be the responsibility of patients to arrange crisis support:

“I was self-harming and my doctor goes, ‘Are you going to do that again?’ and I said ‘yes’. It was, ‘Here’s the crisis team’s leaflet; go home and ring them…..They’re not going to ring them. They’re not in the state of mind to ring them. I want GPs to stop giving leaflets out and for them to do them on the patient’s behalf.”
– Laura Williams

Mind Cymru believes there’s an over-reliance on the police and other emergency services to intervene during a mental health crisis, meaning far too many patients end up being detained under the Mental Health Act (aka. “sectioned”).

The Health Minister told the Committee that £6.7million has been made available to offer extended crisis support hours at weekends. A high-level review is also proposed.

New waiting time targets for primary care mental health have been introduced including accessing primary care assessments within 28 days, urgent referrals being seen within 48 hours and emergencies within 4 hours.

However, specialist (usually hospital-based) mental health services still use a bog-standard 26-week waiting time. While someone might be seen relatively quickly at primary care level, at acute/secondary level a patient could be waiting 6 months -six times longer than accessing – services from a GP, even though the patient is likely to be more unwell to need specialist services in the first place. Hafal described the situation as “ridiculous”.

The Committee recommended the Welsh Government review the waiting time targets given the differences between the two levels. 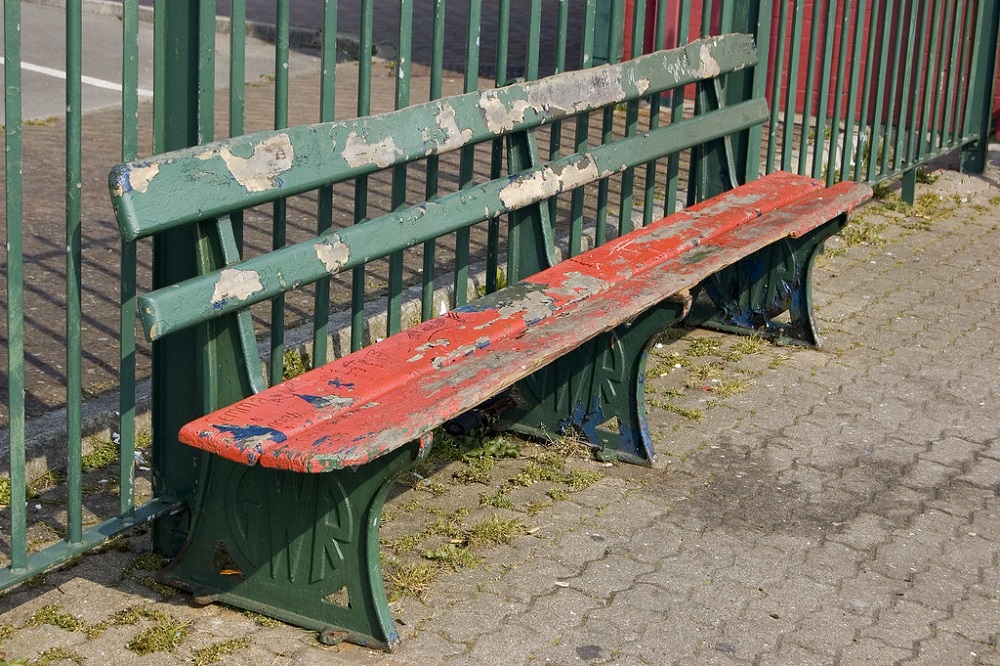 Transport for Wales has unveiled a rolling programme of station improvements worth £194 million.

By the end of the first five years (of a fifteen-year programme), the vision will deliver free wi-fi at stations, ticket machine upgrades, shelter upgrades, CCTV, improved station accessibility and the conversion of disused station buildings for community uses.

At least 1,500 new car parking places will also be provided across the Wales & Borders network to encourage people to use public transport for at least part of their journey.

Economy & Transport Minister, Ken Skates (Lab, Clwyd South) said: “I warmly welcome Transport for Wales’ Station Improvement Vision, which will see a £194 million investment in railway stations the length and breadth of Wales and the Borders. Over the next 15 years this huge investment will vastly improve important gateways to our cities, towns and villages.”

In a letter to the Senedd’s Public Accounts Committee, the Chief Executive of Natural Resources Wales (NRW), Clare Pillman, said the organisation was making progress addressing the failures which led to a damning report on their management of timber (pdf).

Last year the quango was slammed after selling timber to three firms without going to the open market. It was also strongly criticised by the Wales Audit Office for handing out timber deals in 2017 without offering them on the open market, despite being censured for doing the same thing in a previous deal.

The committee heard the contracts were not made at market rates. The taxpayer lost at least £1m on the deals.

NRW commissioned Grant Thornton to review progress and they concluded that while there was still a long way to go, “We consider that progress to date has been good.”

The Chief Executive added: “I fully understand the scale and complexity of what we are doing here. The change and improvement needed is significant and the cultural shift required cannot be underestimated. I am very conscious of this and remain committed to this challenge, but I can assure you that we are moving in the right direction.”