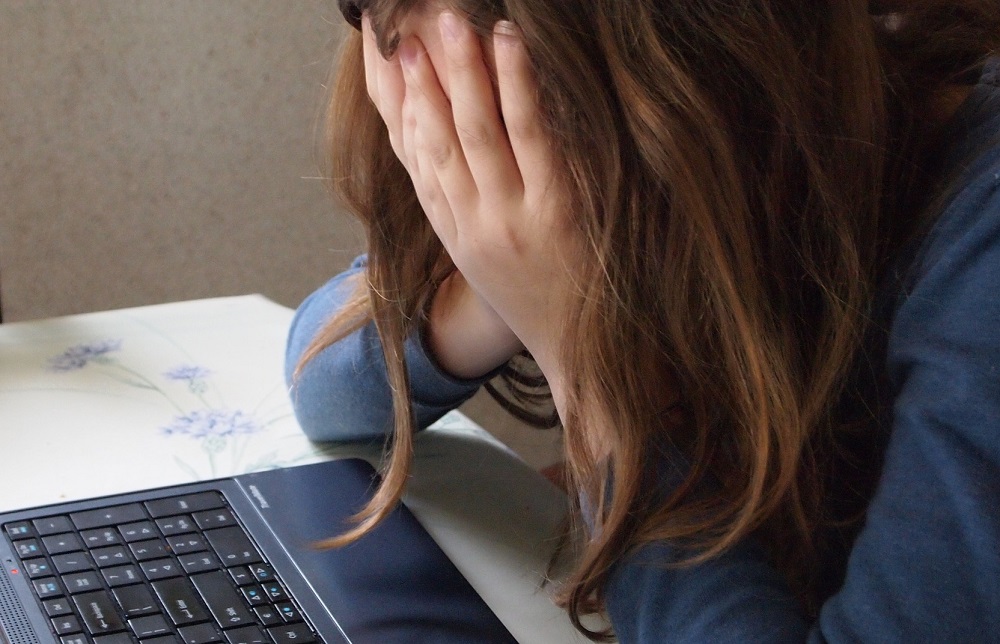 This week’s short debate was led by Jayne Bryant AM (Lab, Newport West) on emotional and social support for school pupils.

Jayne Bryant said children now have more information available to them than at any point in history, but often face far greater challenges in terms of social and emotional development. 47% of people in Wales have had at least one “adverse childhood experience” before the age of 18 which can carry emotional or social development baggage through into adulthood.

The Children & Young People Committee published a report in 2018 which:

“….sets challenges to Welsh Government. ‘Mind over Matter’ found broad consensus that school settings are key to promoting emotional well-being and good mental health, that the preventative approach needs to be embedded within the ethos of a school, not just the lessons taught, and that teachers are not solely responsible, but it requires joint working between professionals from across sectors—health, education, social care, third sector and youth work are key.”
– Jayne Bryant AM

She cited examples of good practice from her constituency. Millbrook School in Bettws, Newport has an early intervention programme to support pupils and families from an early age. The school’s headteacher hopes that when someone comes to the school they feel welcomed and they also provide on-site cafes and services aimed at families.

Mark Isherwood AM (Con, North Wales) added that a whole-school initiative at Ysgol Maesincla in Caernarfon has led to a reduction in exclusions.

Replying on behalf of the government, Education Minister, Kirsty Williams (Lib Dem, Brecon & Radnor), said that while she didn’t expect schools to become experts in psychology or psychiatry, they still need to be able to recognise when children are struggling emotionally or in any other part of their development.

“Our national mission action plan sets out how we intend to improve the school system by developing a transformational curriculum and assessment arrangements that will place well-being at the heart of our education system. Our new curriculum for Wales is the anchor for our commitment to emotional well-being, supporting young people to become healthy, confident individuals, building their mental and emotional well-being by developing their self-esteem, their resilience and empathy.”
– Education Minister, Kirsty Williams

She accepted that there was a need for more support to teachers to enable them to properly respond to children in difficulty. Based on the examples given by AMs during the debate, it was clear to the Minister that there was a good foundation to build upon.

An in-school Child & Adolescent Mental Health (CAMHS) pilot will be extended until 2020, backed by additional Welsh Government finance. School staff involved in the pilot have said having timely on-site support to expert advice was a clear benefit. 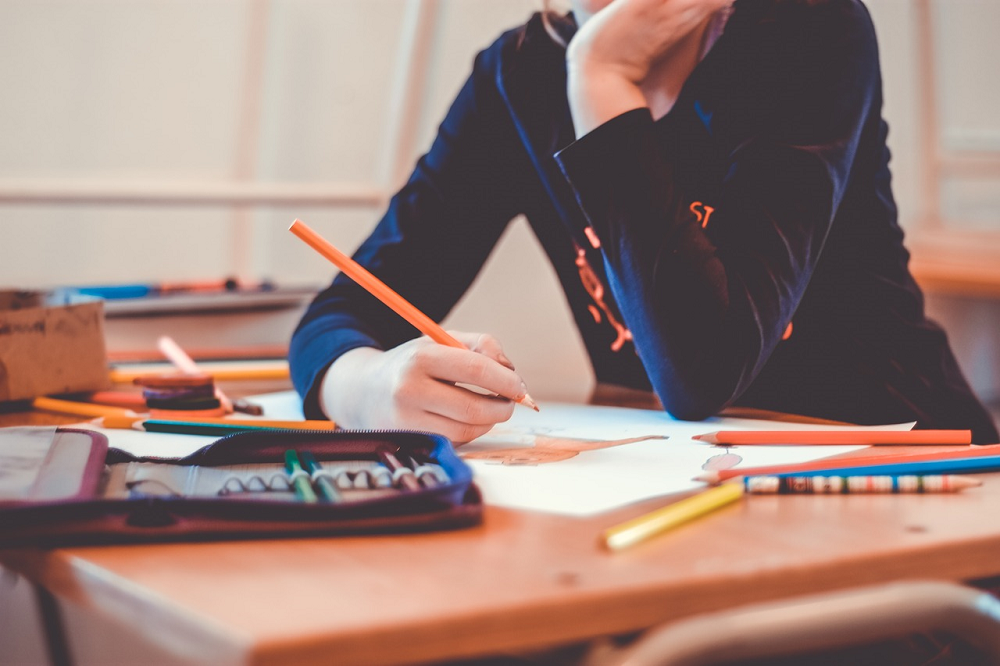 The implementation of the Additional Learning Needs Act 2018 will be delayed until 2021 to give schools, colleges and local authorities more time to prepare. The law will require individual learning plans and assessments for under-25s with suspected special needs.

In a written statement, Education Minister, Kirsty Williams (Lib Dem, Brecon & Radnor) said: “I would like to make it absolutely clear that learners and families will continue to have their needs met in advance of the implementation of the new additional learning needs system”.

There was support for the decision from Snap Cymru – a charity which works with children and young adults with special needs – but they also warned that a delay will prolong a situation which has “been chaos for years”.

A visit to the University of South Wales by Prince Andrew has been described as “alarming”.

The visit, which was part of an entrepreneurship initiative, comes as the Queen’s second-eldest son is caught up in a sex abuse and sex trafficking scandal involving the late disgraced American financier, Jeffrey Epstein.

Prince Andrew has denied any involvement, despite accusations from victims that he was involved.

Leanne Wood AM (Plaid, Rhondda) said in the Senedd chamber – to heckles from Conservative AMs – that “While I’m a firm believer in the principle of innocent until proven guilty this member of the royal family has been accused of some very serious crimes and abuses of power.”

Chief Executive, Owen Evans, said: “We are keen to help learners at every stage of their journey to learn the language, but in particular, to attract them to watch S4C at the start of their ‘language journey’.”

The UK Government has approved a 299MW gas-fired power station near Swansea. The power station will provide back-up energy for the National Grid and is expected to be operational by 2022.

The operators, Drax Group, said: “Rapid response gas power stations are agile enough to ramp up quickly and support the grid at times of peak demand, making them highly complementary to intermittent renewable sources of power, like wind and solar.”

Wales tops the table of most bank closures

Wales has lost more bank branches than any other nation or region in the UK according to figures from consumer watchdog Which?

Two Welsh constituencies – Ogmore and Clwyd South – only had a single bank branch remaining, while Wales has lost 43% of its high street bank branches since 2015, compared to 40% in north-west England and 38% in Scotland.

Which? Said: “The industry must ensure no-one is left behind by the digital transition and that when banks shut their doors, they don’t shut their customers out of important banking services.”

Extension to prisoner voting “by 2022”

Yesterday, the Senedd debated the Communities Committee report on prisoner voting, which controversially recommended that the prisoner franchise be extended to those serving sentences of four years or less – though some categories of prisoner (such as those on remand) are already eligible to vote. I’ve offered my own thoughts on it here.

Chair of the Committee, John Griffiths AM (Lab, Newport East), was well aware that the issue was a highly controversial one, but the fact remained that prisoners are citizens and a blanket ban on prisoner voting was a contravention of human rights.

“Removing the right to vote is also part of a process that treats prisoners as outsiders: they are not like the rest of us and should be different. This is not good for them and not good for wider society. It hinders the process of reform and does not help with reducing reoffending or social cohesion.”
– Chair of the Communities Committee, John Griffiths AM

Leanne Wood AM (Plaid, Rhondda) admitted she was sceptical about the idea at first, but having spoken to prisoners, they have issues – particularly relating to life upon release – that warrants them having a say. Voting isn’t a privilege and is something we would want all citizens to do – including those behind bars.

Huw Irranca-Davies AM (Lab, Ogmore) argued that the report was balanced and looked in detail at the arguments for and against. It recognised that the public doesn’t necessarily support the idea, but it’s the job of politicians, when discussing criminal justice, to properly consider rehabilitation of offenders, not just punishment.

Alun Davies AM (Lab, Blaenau Gwent) and Jenny Rathbone AM (Lab, Cardiff Central) both echoed this by saying that if prisoners had the vote it might make politicians think more about the awful prison conditions and also think more about how the criminal justice system works.

Replying on behalf of the Assembly Commission, the Llywydd, Elin Jones (Plaid, Ceredigion), felt it was her duty to ensure that the electoral franchise for the Senedd was compatible with the European Convention on Human Rights. However, the committee inquiry in itself couldn’t be considered the equivalent of Stage 1 scrutiny of a Bill. Therefore the Commission opposes introducing amendments extending the prisoner franchise in the Senedd & Elections Bill.

Depriving freedoms is a deterrent

Shadow Communities Minister, Mark Isherwood AM (Con, North Wales) argued that depriving someone of their liberties was an active deterrent. The report cited evidence which suggests prisoner voting would play little part in rehabilitation. Extending the franchise to prisoners serving less than four years could include those serving sentences for aggravated assault, carrying a knife and some sex offences.

“It’s been a long-established practice in our country that those who break the laws of our nation lose the right to have any say in the making of those laws, and we should not abandon that practice. By breaking our laws, prisoners have demonstrated their disregard for our society and its citizens, along with the victims of their crimes, and in every crime, there is a victim. They should not have a say in how our country is run.”
– Caroline Jones AM (BXP, South Wales West)

Mohammad Asghar AM (Con, South Wales East) argued that this would create “a bureaucratic nightmare” for prison staff. Michelle Brown AM (Ind, North Wales) said it would send a message that the political class were out of touch and, in some circumstances, would allow convicted paedophiles to have a stake in society.

Prisoner franchise to be extended by 2022

“We will work to introduce legislation in this Assembly to enable prisoners and young people in custody from Wales who are serving a custodial sentence of less than four years to vote in local government elections. Our aim is that eligible prisoners and young people in custody will be able to vote at the next ordinary local government elections during 2022.”
– Local Government & Housing Minister, Julie James

It can’t be done in time for the next Senedd election in 2021 as a Bill would need to be passed before June 2020. 2022 would hive more time for the appropriate assessments and consultation with the prison service.

She estimated that the number of additional prisoners in Wales who’ll be eligible to vote under this policy will be “2,000 at most”.