Here’s a round-up of the main questions to the Education Minister, Kirsty Williams (Lib Dem, Brecon & Radnor) this afternoon.

Responding to recent news that the independent Ruthin School sacked its former headteacher, Llyr Gruffydd AM (Plaid, North Wales) said it raises concerns about the rules by which private schools have to follow:

“….some of the things that have been suggested to me that need addressing include making sure that those who teach in independent schools should be registered with the Education Workforce Council (EWC). We need to look at ways of ensuring more rigid requirements on councils of management, or governing bodies as most of us would describe them….we need to extend the powers of Estyn so that they can remove governors and senior leadership when there are issues around professional concerns.”
– Llyr Gruffydd AM

Darren Millar AM (Con, Clwyd West) echoed this, raising the possibility that the former headteacher could end up at another independent school because he’s not registered with the EWC.

The Minister said the Ruthin School case raised several fundamental points about how independent schools were regulated and some changes are out for consultation, including an official register of pupils at independent schools and possible registration of staff with the EWC.

Sian Gwenllian AM (Plaid, Arfon) quoted Welsh Government statistics which showed that secondary school recruitment for trainee teachers was down 40% on targets. There were further statistics which highlighted particular problems within the Welsh-medium sector, with only 17.5% of teachers who started teacher training in 2017-18 doing so in the Welsh language.

The Minister accepted there was a challenge, but it wasn’t unique to Wales and there wasn’t any single thing that could be done to address it. On what was being done, the Minister said measures were being taken to widen access to teacher training for those without traditional qualifications.

“We are looking at new ways in which we can support qualification for teachers. So, the Member will be aware of the recent accreditation of the Open University scheme to train teachers. We’re looking particularly there to attract career changers – those people for whom perhaps a traditional way of qualification is not appropriate, but have a desire and a passion to teach.”
– Education Minister, Kirsty Williams

The Welsh Government aims for 30% of trainee teachers to do so through Welsh and highlighted the work that’s being done to enhance bilingual skills amongst teachers and school support staff too.

Shadow Skills Minister, Mohammad Asghar AM (Con, South Wales East), told the chamber that headteachers have called for the Welsh Government to ringfence any additional money (that may or may not be coming Wales’ way in the forthcoming UK budget) for education to make up for years of cuts.

The Minister was, however, very clear where the blame for underfunding lies. Naturally, it wasn’t her:

“I have to say their (headteachers) first concern is the inability of your government in Westminster to give this government an appropriate level of public expenditure. One example, Presiding Officer: we received no consequential this year to pay for the teachers’ pay rise. We were short-changed again this year to pay for teachers’ pensions, which is not a devolved matter. It was the Finance Minister….that had to fund the shortfall, and that’s money that could have been spent on other aspects of education….”
– Education Minister, Kirsty Williams

The big health story today from the Senedd is a protest and debate on the proposed downgrading of the Royal Glamorgan Hospital’s A&E department – more on that later.

Support for those with a rare metabolic disorder

Shadow Health Minister, Angela Burns AM (Con, Carms. W. & S. Pembs.) brought up phenylketonuria (PKU) a rare condition affecting 1-in-10,000 people which means they can’t process the amino acid phenylalanine which results in seizures, learning disabilities and skin problems. The main way to deal with it is strict diet control.

“….the National Society for Phenylketonuria has come up with a number of recommendations to help improve PKU sufferers’ lives, one of which is that all people with PKU should be followed up in an integrated, specialist, metabolic service led by an experienced physician and dietician. So, Minister, I wondered if you would give some consideration to adopting this recommendation because it….has long-term and absolutely devastating effects on their lives if they do not get the balance of this diet right.”
– Shadow Health Minister, Angela Burns AM

Angela Burns mentioned a new drug called Kuvan which the UK’s NICE body (which approves the use of new drugs) has been considering for 12 years; while costly, it could make a dramatic difference to those with PKU.

The Minister was happy to discuss the matter with the PKU society further. There is also an issue around early milk supply as people with PKU often need specialist milk. Manufacturers can submit to the All Wales Medicines Strategy Group for appraisal, but he couldn’t make any promises on outcomes.

“No magic figure” on the necessary number of A&E departments

Pre-empting the later debate, Leanne Wood AM (Plaid, Rhondda) asked whether it remained Welsh Government policy to concentrate A&E departments on fewer sites? Also, did the Minister agree that doctors should decide the future of A&E departments, not politicians?

The Minister told AMs there was no “magic figure” for how many emergency departments there should be.

“Well, the decision made about the future of the Royal Glamorgan Hospital….is one where the health board have a responsibility to make a choice. They do need to listen to and engage with their medical workforce, to understand what doctors are saying about the safety of that service. That’s a short-term challenge and a longer-term one. But they also, of course, have a responsibility to listen to the public.”
– Health Minister, Vaughan Gething

When Leanne Wood revealed that a consultant’s meeting at the hospital earlier today backed retention of A&E services, the Minister stressed that the problem everyone faces is that if the right number of consultants can’t be recruited then services can’t be retained as they may become unsafe.

Caroline Jones AM (BXP, South Wales West) said that despite calls to talk more about mental health, Wales lags behind on measures of wellbeing. While AMs themselves have talked about their own mental health issues, this positive attitude didn’t stretch to the public sector as a whole; she mentioned a constituent who was threatened with eviction due to cleanliness of his home despite serious mental health problems.

The Minister believes campaigns like Time to Change have made a difference, but he believed there was growing awareness within local authorities and housing associations about the stress mental health problems cause tenants, the homeless and their own staff. 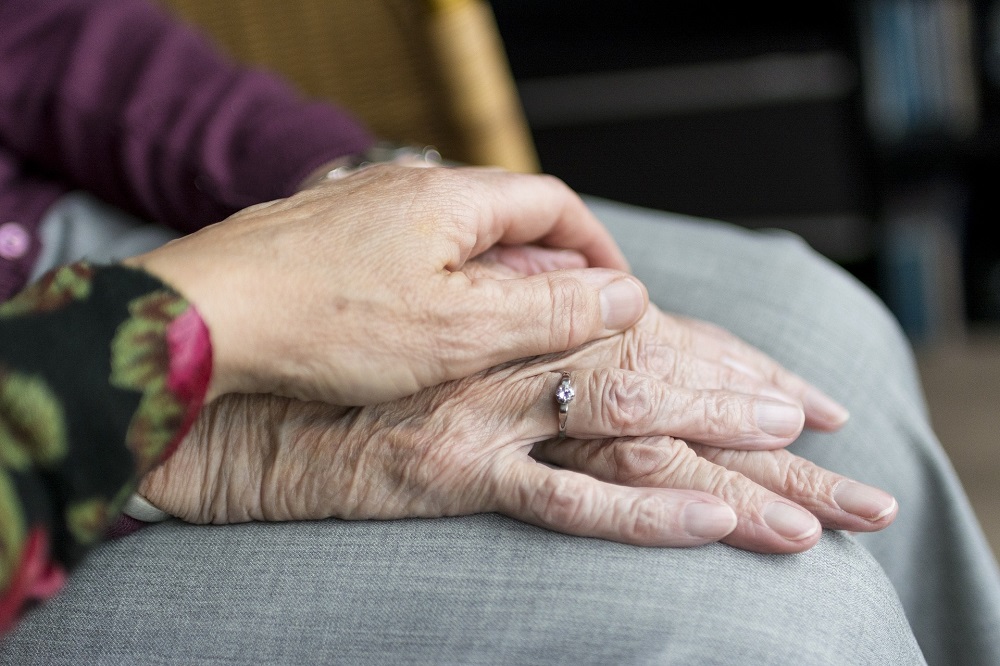 Extra cash to tackle loneliness, but AMs say it’s a drop in the ocean

The Welsh Government has announced a £1.4 million package to support community projects which will help address increasingly loneliness and social isolation.

The issue was subject to a committee inquiry a few years ago and social isolation has been linked with physical as well as (obvious) mental health issues. It’s also not confined to older generations, with 16-24-year-olds said to feel more lonely than older generations.

A new advisory group has also been set up:

“We want to strengthen our cross-Government approach and take action to ensure that we embed consideration of these issues across policymaking. To help us achieve this, we will establish a cross-Government advisory group, to also include external partners, to oversee implementation of the strategy, tackle emerging issues and consider what more can be done. We will also publish a report every two years on progress against delivering our commitments.”
– Deputy Minister for Health & Social Services, Julie Morgan

In the spirit of cross-government working, Shadow Social Care Minister, Janet Finch-Saunders AM (Con, Aberconwy) linked social isolation to immobility due to poor public transport and also asked what schools could do to address loneliness amongst students.

Rhun ap Iorwerth AM (Plaid, Ynys Môn), repeating what the Health Committee found, likened the health impacts of loneliness to those of smoking. He called for better planning of communities to improve social opportunities.

They weren’t the only AMs to blame cuts for increasing loneliness. Joyce Watson AM (Lab, Mid & West Wales) said cuts to community services for young people in rural areas was a major concern, though she pointed to sports – particularly the growth of women’s sport – as a positive development.

Citing the examples of “Men’s Sheds” (and, more recently, women’s Hen’s Sheds) as successful community schemes to address loneliness, Caroline Jones AM (BXP, South Wales West) cautioned against the strategy’s focus on addressing digital exclusion as it may make problems worse amongst the elderly who would prefer in-person contact.

The Deputy Minister said digital technologies – including messaging services – could play a role by helping older people stay in contact with family members who may have moved to other parts of the world.

“Wales lags behind in mental well being”. A lot of this stems from Thatcher closing places like Denbigh As., after which you could see folk standing in Streets wondering what to do with themselves, with “nurses” calling at their flats to see how they were getting on. The answer is, pretty awful. This saving of money caught on in certain European countries, including my town. Was looking at a shirt the other day, when a woman behind me yelled “you should sew your own!” I have seen her about town and sometimes she’s okay, then the next doolally! It’s funny… Read more »

You know what would best help increase quality of life, decrease isolation and mitigate the impact of Mental Health symptoms for any human (per my education & experience in the field)?… When a down-pressed people begin to build a more definitive national (and ethnic) identity, gain more control over their own lives (socially/politically) and when they can control more of their own assets (natural resources/funding)!!!! Solidarity & social reform are much more cost-effective and productive than pills and placebo’s!!!!