Today’s Senedd Roundup: Tory AM calls for push back on independence support

As some of you may be aware, some town and community councils – mainly with Plaid Cymru majorities, it has to be said – have passed motions declaring support for Welsh independence. Gwynedd is set to be the first county council to vote on such a motion tomorrow (18th July 2019).

With this in mind, Janet Finch-Saunders AM (Con, Aberconwy) asked for something to be done:

“….this Parliament and your Welsh Government benefits greatly from Wales being an integral part of our UK. Whilst I appreciate that independence is only supported by around 1.5% of all town and community councils in Wales, I believe that a strong response is needed from your Government. Will you, therefore, confirm that the Welsh Government will not use these votes as an excuse to reassess Wales and its place within the Union?”
– Janet Finch-Saunders AM

Housing & Local Government Minister Julie James said the Welsh Government continues to support Wales remaining in the UK, but this was local democracy in action and she wasn’t in a position to say one way or another whether town and community councils should be discussing independence. That said, the Union had to change.

Dr Dai Lloyd AM (Plaid, South Wales West) suggested under-investment and a high-handed attitude towards devolved powers by the UK Government is leaving people few options but to think about independence.

While the Minister shared frustrations over what the current UK Government was doing, she didn’t share his concerns on the UK itself.

With the Welsh Government accepting in principle that all new affordable homes should be as close to zero carbon as possible by 2021, Leanne Wood AM (Plaid, Rhondda) asked whether this would this apply to live planning applications?

The Minister’s answer effectively boiled down to “No” as it’s subject to existing local development plans; it wasn’t simple to change them in an instant.

“If the view of the Government….is that the declaration of a climate emergency means that environmental considerations should have greater weight in planning….then surely you should accept that all planning decisions should now be attaching greater weight to environmental considerations than would have been….before you declared a climate emergency? Will you, therefore, put on the record that that is your Government’s view, and if you’re not prepared to do that, can you explain the inconsistency that will invariably result?”
– Leanne Wood AM

The Minister didn’t think there was any inconsistency. The Welsh Government can issue guidance but they couldn’t take away decision-makers’ weighting of different factors.

Shadow Communities Minister, Mark Isherwood AM (Con, North Wales), attended a recent event for young disabled people and believes society has often failed to recognise their talent, creativity and ability to see the world in a different way to the rest of us. How would the needs of the disabled be properly taken into account in the Welsh Government’s new fair work programmes?

The Minister hinted there may be incentives for companies to up their game:

“…we will be looking, as part of our fair work agenda, through the economic contract, and otherwise, to reward companies that step up to that plate, and to make sure that, through our trade union colleagues, and through our social partnership working, we drive the kind of culture and behaviours that encourage and reward good employers to come forward, and make sure that they do that in that way.”
– Housing & Local Government Minister, Julie James (Lab, Swansea West) 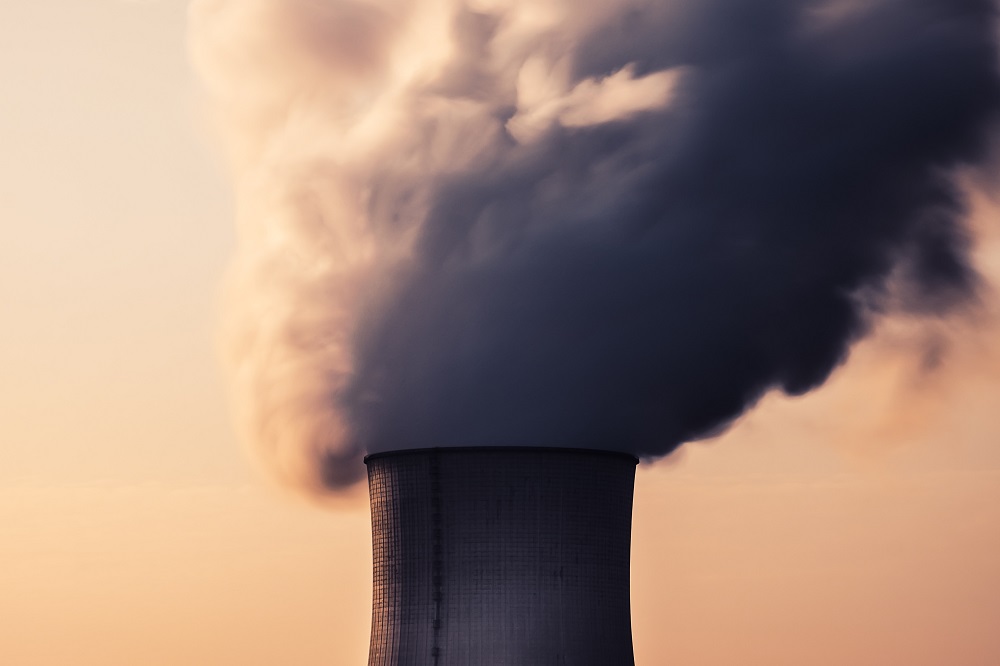 Photo by Thomas Millot on Unsplash

Here’s a round-up of the key points from this afternoon’s environment questions.

There could be a Clean Air Act….just not yet

After having a quick grumble at Extinction Rebellion protesters in Cardiff, Shadow Environment & Rural Affairs Minister, Andrew RT Davies AM (Con, South Wales Central), moved on to the substance of their protest.

“….the current First Minister said he’d bring a Clean Air Act forward….he indicated that you and he had had a discussion on this….Regrettably, yesterday, in the legislative statement, we saw no announcement at all in this particular area. Two thousand lives a year are taken prematurely in Wales – five a day, Minister. Action is required in this area, so when protesters say that they’re not seeing action, do you now see that, in this particular area, there is a lack of action and a lack of urgency from the Welsh Government?”
– Shadow Environment & Rural Affairs Minister, Andrew RT Davies AM

The Minister’s thoughts on the matter hadn’t changed from a statement on clean air a few weeks ago; there’ll be a consultation and that will feed into plans for a Bill. She agreed with Andrew that there needs to be proper engagement with businesses to achieve cuts in carbon emissions by 2050 and she’s already attended an economic council meeting at the request of the business community – a sign that attitudes were changing.

Llyr Gruffydd AM (Plaid, North Wales) relayed the concerns of beef farmers that several factors around pricing and stockpiling for Brexit have harmed the sector.

Another issue was bovine TB; 12,000 cattle were culled last year and each mass cull will have an impact on the rural economy. With the farming industry feeling the Welsh Government could do more, would the government now be willing to “introduce a stronger element of a badger cull”?

The Minister accepted the beef industry has experienced some severe turbulence, but she didn’t have the same resources as, for example, the Republic of Ireland to deal with it. She rejected the suggestion of “blame culture” towards farmers.

“In relation to your question around bovine TB, and I absolutely accept the personal side of this and the distress it causes, you’ll be aware of the TB eradication programme refresh that we had, and we’re working through that. The short answer to your last bit – do we think we should introduce a badger cull – the answer’s ‘no.’”
– Energy, Environment & Rural Affairs Minister, Lesley Griffiths (Lab, Wrexham)

There were several questions regarding hydroelectric power. Sian Gwenllian AM (Plaid, Arfon) wanted to know what would happen to rate relief schemes for small-scale hydroelectric plants after March 2020?

Paul Davies AM (Con, Preseli Pembs.) didn’t believe there was much detail on how the government would implement various renewable energy policies to boost the marine economy, while Mike Hedges AM (Lab, Swansea East) wondered why Wales wasn’t pursuing larger hydroelectric schemes involving dams and alike?

The Minister didn’t know what the budget would be next year, so it’s unclear what will happen to rate relief. She’s already met with Natural Resources Wales to discuss developing a licensing and regulatory system for marine energy. However, she cautioned against large-scale onshore hydroelectricity:

“Hydropower schemes can be very complex, and they need to be designed and managed very carefully, to avoid unacceptable impacts on communities and the river environment. There are implications for our rivers….you will see more barriers being taken out of rivers than damns being installed…..Unfortunately, because of the geography of Wales, there are now very few remaining large-scale opportunities for hydropower to make a major contribution to our energy supply, but I’m certainly very keen to hear of any specific projects.”
– Energy, Environment & Rural Affairs Minister, Lesley Griffiths

Legislative programme for 2019-20 fails to impress the opposition

Yesterday, the First Minister set out the Welsh Government’s legislative priorities for the 2019-20 term.

The First Minister said two Bills – setting out how agriculture and environmental rules will work after Brexit – have been delayed until the Brexit situation is sorted out.

“Should we leave the EU, we will acquire thousands of new powers and functions in policy areas that were previously set by EU laws. And that means the impact of leaving the EU on our legislative programme is not yet over. The ongoing question about the manner of the UK’s withdrawal from the EU means no-one can predict with any certainty what the autumn will bring….and what sort of additional legislation may be needed.”
– First Minister, Mark Drakeford (Lab, Cardiff West)

Also, proposals for a new licensing system for taxis (included in the white paper alongside changes to bus regulation) will now not be introduced until the Sixth Assembly.

Leader of the Opposition, Paul Davies AM (Con, Preseli Pembs.), was pretty unimpressed. He called for the government to reverse a state-backed indemnity scheme for GPs – which reportedly lead to £11million being redirected from front-line services. He added that a new local government law is likely to leave council staff in limbo again, while he was surprised new legislation hasn’t been brought forward relating to the climate emergency.

Suzy Davies AM (Con, South Wales West) called for an Act to replace the Learner Travel Measure 2008, particularly to protect the Cymraeg 2050 policy by ensuring access to Welsh-medium education.

While Adam Price AM (Plaid, Carms. E. & Dinefwr) welcomed some aspects of the programme – such as social partnerships and bus regulation – he was disappointed there’s been a delay to taxi licensing changes due to the impact things like on-demand taxis (Uber etc.) are having on the industry.

While criticising the lack of detail on spending commitments, Mark Reckless AM (BXP, South Wales East) said his group were “open-minded” on bus regulation, but there was still a lack of clarity on regional/joint transport authorities. There needed to be more evidence of what works before making any policy or legislative commitments.

On a brighter note, Llyr Gruffydd AM (Plaid, North Wales) was pleased the government has delayed the proposed agriculture Bill as it’s right to see what the post-Brexit landscape will be alongside some guarantees on funding for farmers.

A visionary agenda, with some gaps

Mick Antoniw AM (Lab, Pontypridd) described the programme as “a visionary agenda” and was enthusiastic about the social partnership Bill, believing it could go a long way towards addressing socioeconomic inequality – becoming “one of the jewels in the crown” of Labour’s programme in the process.

Alun Davies AM (Lab, Blaenau Gwent) broadly welcomed the legislative proposals but saw potential gaps. One of those gaps was updated Welsh language legislation – which has been dropped by the government – but he was also disappointed with another aspect:

Codification of Welsh law “will be a long journey”

Yesterday, the Senedd voted on whether to approve the Legislation Bill.

The Member in charge, Counsel General & Brexit Minister, Jeremy Miles (Lab, Neath), hoped the law will bring a long and complex statute book to order and create a new body of law which is clearer and more comprehensive in both English and Welsh.

The process of developing the Bill started in June 2017 and the Counsel General was proud the Bill has been supported at all stages by all parties and by civil society in general.

“The work on codification of Welsh law is at its starting point. This will be a long journey with much to be done. But we cannot but make a start. The Bill is a signal of the maturity of our legislature, of the development of Welsh law, but also sets a foundation for the future.”
– Counsel General & Brexit Minister, Jeremy Miles

Suzy Davies AM (Con, South Wales West) appreciated the Counsel General’s willingness to engage with AMs, resulting in them having visible influence over the process. She promised that the responsible committees will keep a close eye on the law’s effectiveness and value for money “once it’s had a chance to bed in”.

Under the Senedd’s rules, a recorded vote has to be taken on the final vote of a Bill (Stage 4), but it was passed unanimously.

NHS staff need to understand the impact of their actions