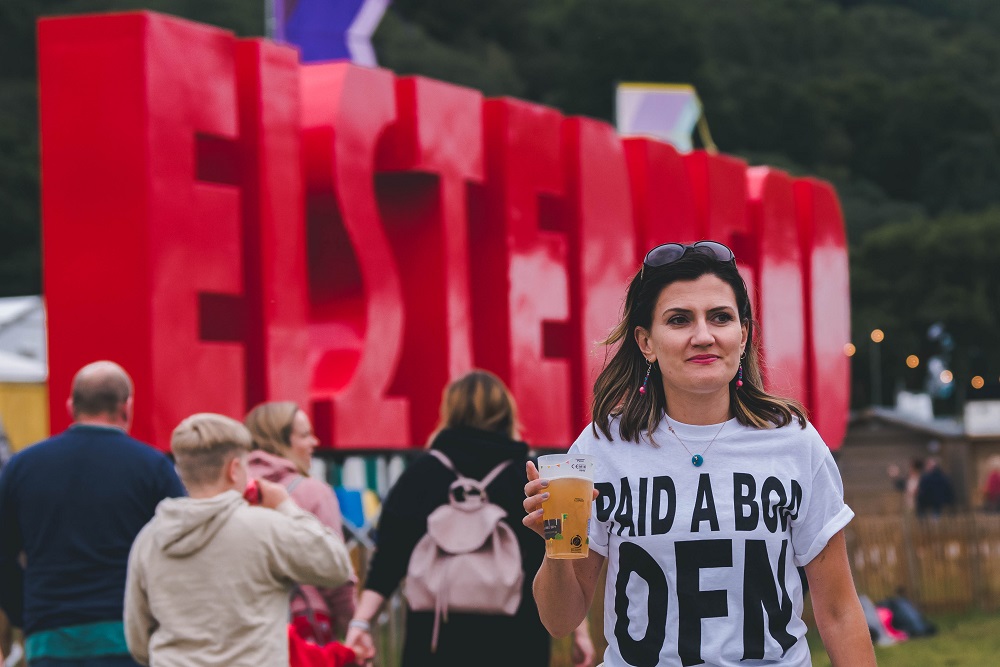 A Tory Senedd candidate has defended tweeting an article that called the Eisteddfod “insular”.

Gavin Chambers, who is standing for the Conservatives in the constituency of Islwyn, tweeted an article by Marcus Stead in Country Squire Magazine, which claimed that it promotes an “image of Wales, that is not shared by most people in the country.”

Chambers has insisted that he does not agree with “every word” in the article, and said that he tweeted it because it was “well written”. He has also claimed that he is a “big fan” of the Eisteddfod.

In response, the candidate said: “The article I retweeted because it was well written and it does not mean I am in support of every word.”

Stead, who describes himself as journalist, author and broadcaster, also suggested that the Welsh language cultural festival “does not connect in any meaningful way with the vast majority of the population of Wales.”

The 2016 Conservative election manifesto described the Welsh language as an “inseparable part of Wales’ identity”.

In the article Stead also attacks the Gorsedd of the Bards, a society of poets, writers, musicians and others who have contributed to the Welsh language and to public life in Wales, for not coming from “some ancient tradition” because it was created in the 1790s.

The National Eisteddfod of Wales is the largest festival of competitive music and poetry in Europe, which has eight days of competitions and performances, entirely in the Welsh language.

Chambers, who has also come under fire for his suggestion that the “English Parliament is supreme” retweeted the article that says: “The Eisteddfod promotes a parochial, insular image of Wales, that is not shared by most people in the country.

“The National Eisteddfod takes place during the first week of August each year. It is treated with a deep reverence by a section of the Welsh speaking community, most notably the Crachach set. They take it very seriously indeed.”

“When watching the proceedings in the main hall (known as ‘the maes’), one could be forgiven for thinking one’s witnessing an ancient religious-like ceremony steeped in tradition. It is right and proper to the great faiths of the world with respect – if you are in a church, mosque, synagogue or temple, it is quite correct to follow the protocols and to behave appropriately when you are in their buildings.

“But the Eisteddfod and the Gorsedd of the Bards does not come from some ancient tradition.

“In reality, the Gorsedd was created in the 1790s by Iolo Morganwg (actual name Edward Williams), an opium addict and scholar who forged a number of his claimed manuscripts. The first Gorsedd of the Bards was formed in 1792 in, erm, Primrose Hill, London.

“Members of the Gorsedd wear robes depending on their area of contribution (until just a few years ago the colours represented rank), and they’re dressed in green, blue or white robes.

“The initiation ceremony appears to involve them kneeling and a sword being pulled from its scabbard behind them, then put back in again, with a horn of some sort playing a part.”

It adds: “To me, and to those of us who aren’t part of the Eisteddfod set, it all looks very strange indeed.

“The Eisteddfod portrays a Welsh Nationalist’s image of Wales and what it is to be Welsh.

“It attracts around 150,000 people on a good year (though many of those will be the same people returning day after day) with below 60,000 watching the wall-to-wall coverage on S4C. In other words, it very clearly does not connect in any meaningful way with the vast majority of the population of Wales.

“It appears that the Eisteddfod week is all about the Welsh establishment talking to itself.

“As for the competitions themselves, my mind harks back to around five years ago when I tuned in to the S4C coverage for about ten minutes, and saw a man dressed as a farmer dancing with a garden rake in his hand.”

The 2016 Welsh Conservative election manifesto said:  “Welsh Conservatives recognise that the use of the Welsh language varies across Wales. Ways of achieving the benefits of bilingualism will not be the same for everyone.

“The Welsh language is an inseparable part of Wales’ identity. As an official language, it has a significant, established presence in our day-to-day lives.

“It not only opens the door to other parts of our culture, but is also a valuable asset in the world of work.

“The introduction of Welsh language rights is a game-changer for the role of the language within public services and other sectors of society. Welsh Conservatives will ensure that rights are enforced equitably, sensitively and sensibly, but we want the next generation equipped to enjoy all the benefits of a multilingual nation.”