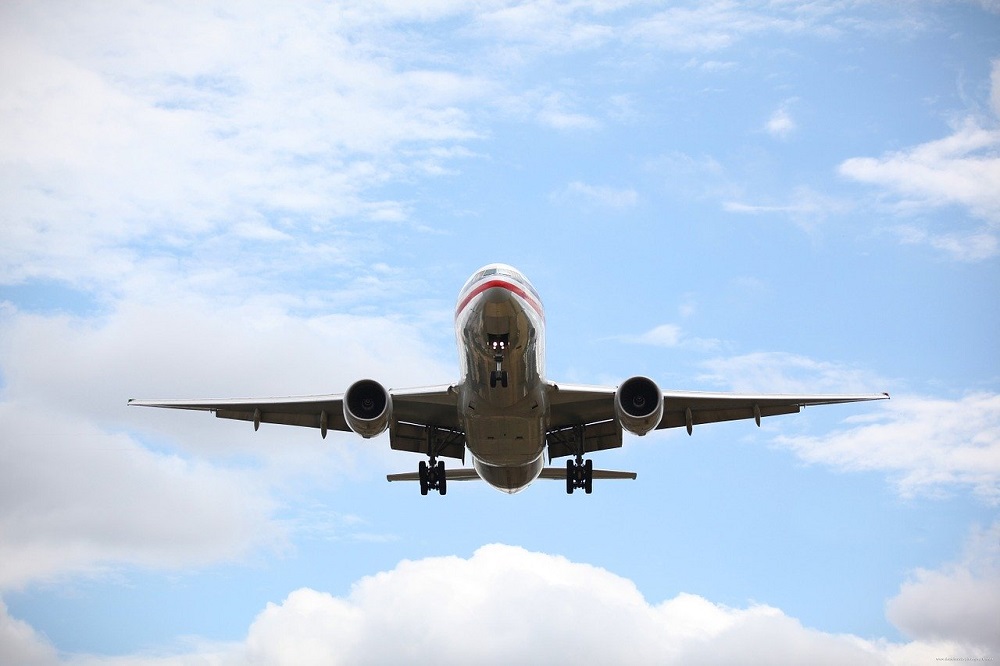 A travel writer has mounted a passionate defence of the Welsh language in the wake of a storm about its use on planes.

According to Walker, his “gripes” have been deemed “insensitive” and “ignorant” and have “reignited the old English-Welsh divide”.

She accused some visitors of talking about Wales “as if it were nothing but an appendage to England” and added that “embracing” the Welsh language “is part of the wonder of being on holiday here”.

Calder, had complained about Welsh language announcements on aircraft that fly into Wales in an article for the London-based news organisation, The Independent.

In the column he claimed that including “more guff” in announcements was a “burden” to airmen and women as “they carry out their duty to fly us safely and professionally” and said that he doubted it would cause “any harm” if the Welsh language was axed.

Kerry Walker, wrote in The Telegraph: “As you cruise on along narrow single-track lanes, tailgating tractors and letting your gaze drift across sheep-grazed meadows, hills and swooping valleys, the place names and road signs are a reminder that Wales – or Cymru – is very much its own country, with a distinctive language and culture.

“So when Simon Calder grumbled about Covid announcements made in Welsh on a recent flight to Cardiff, his gripes, deemed ‘insensitive’ and ‘ignorant’ by some, reignited the old English-Welsh divide.

“For years, the Welsh have been the butt of many a joke and their language has been dismissed.

“Still today, many visitors talk about Wales as if it were nothing but an appendage to England – a county rather than a country.

“Yet Welsh is the sound of Wales: rising and falling with a lilt that ripples like a summer breeze through heather on the moors.

“This is a language of song: its beauty captured in the tenor and bass of a male voice choir.

“And it is a language of poetry, as expressed at August’s National Eisteddfod, a jubilant celebration of culture and language that has been going strong since 1176.

“Embracing Welsh is part of the wonder of being on holiday here. Just look at an OS map and slowly the penny begins to drop.

“Llyn for lake, cwm for valley, mynydd for mountain and coedwig for forest. These are the markers of language and land.”

We must call Welsh the senior British language. This is factually correct.It will stop people looking to create divisions.On the contrary it will build bridges. We share a joint heritage with English peoples, millions of them are descended from people like us Welsh who originally spoke the Brythonic language. Welsh language should be loved and respected on both sides of our border.

If only the English had been taught about Britain rather than England in their school history lessons and had also studied their own local place names and terrain for their etymology, they might appreciate the signs of a previous language and culture that already thrived in ‘England’ before the English arrived. Unbiased education is the answer to blinkered attitudes.

We weren’t even taught about England! All I remember is Roman Britain! But my schooling took place long ago. Anyway, up with Welsh, Scots Gaelic, and Manx. Not to mention Cornish. Minority languages should be cherished and encouraged. The all add to cultural richness. Imagine a world where everyone spoke estuary English. Yuck!!! (And, by the way, I’m English…).

Well said and thank you for the support……… And by the way I’m welsh…….

If Simon Calder said similar regarding Hebrew on landing in Israel , would be called an anti-,semite , sacked immediately, his career over, and he would be required to make a groveling apology regarding causing hurt & offense to the Jewish prople.

It seems ridiculing the Welsh language & people is the last acceptable prejudice.

I’ve often seen Simon Calder wheeled out on TV whenever there’s an aviation issue while channel hopping, as you do, and to me appeared innocuous enough. You know, the usual boring John Major face for radio type that collected garden Gnomes. But who would thought he was a ignorant knuckle-dragging Cymrophobe? Personally, I think his head’s been up in the clouds too long with the planes. Lack of oxygen leading to delusions. He must be trying to get a series of his own on the BBC like Anne Robinson did when she used similar anti-Welsh tropes On Room 101, aided… Read more »

Who cares what Calder has to say anyway ? Here’s a guy who’s pandered to the incontinent urges of people who have to instantly gratify every need regardless of the risks associated with Covid or any other crisis. Probably the kind of myopic attitude that would recommend trips to Black Sea resorts even if Russia went to war with Ukraine.

It always baffles me that ‘Welsh-bashing’ is acceptable and never deemed as offensive or even racist; would other nations stand for these sort of comments, I wonder!?!!🤔🤨

That statement alone proves how dismissive you are of another culture. I moved to Cardiff, so had to learn English. I have family in rhondda and parents in mold. They have the most basic grasp of English. Nowhere near enough to hold a proper conversation. As do the people they share their town with. So no. Not ‘everybody that speaks Welsh speaks English’. Same as not everybody in Canada speaks Canadian.

I was born in Llan Ffestiniog, where Welsh is the first language, but brought up in Yorkshire so don’t speak Welsh. Whenever I came home everyone spoke English to me.
Mrs Jones Liverpool House spoke South Wales Welsh. People pretended not to understand her and made her speak English.
I’ve never met a Welsh person who didn’t speak good English.

You should try actually visiting wales then mate.

I’ve met people in Cardiff that only speak Welsh.

Yet again, being dismissive. Just because you haven’t met people that don’t speak good English, doesn’t mean they don’t exist. Every French and German person I know speak good English, so by your reasoning, everybody in those countries can. Things don’t revolve around you and who you know.

Who is this Simon Calder character ? I’ve never heard of him.