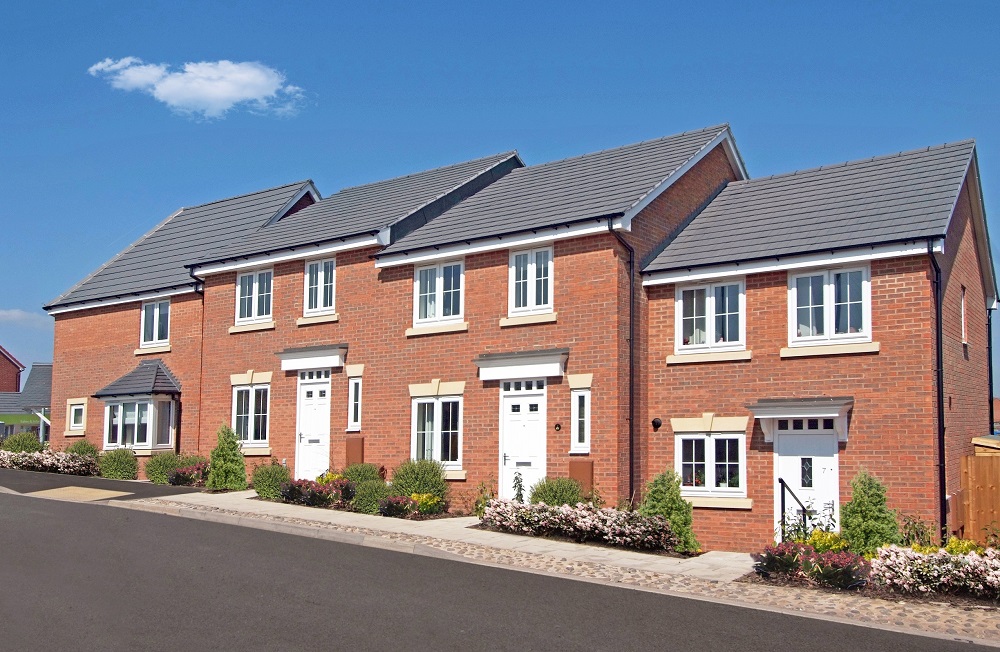 Rhisiart ap Siencyn, the former director of the Federation of Master Builders Cymru, argues that the Senedd needs to take control of housebuilding

During the 80’s two-thirds of new housing in Wales was built by small building firms. Today they build less than one-third.

Why is this? And why is it important to us in Wales?

I’ll deal with the first question first. One reason is that Wales’ local authorities’ planning policy no longer caters for local need.

Instead, they have become obsessed with the need for growth. The more houses are in the local authority, the more council tax is paid. And the council then have more money to pay for their grandiose plans!

The fact is that Wales doesn’t really need to build many new homes at all. There are upwards of 30,000 empty homes in our country and bringing those back into use would mostly cover our housing shortage.

The barrier to doing so is that a builder refurbishing an existing building pays the full 20% Vat, whereas volume housebuilders building new homes pay… wait for it… yes, 0% Vat!

To facilitate growth, therefore, councils have to identify vast tracts of land for which they can conveniently grant planning permission.

This land will almost invariably be ‘green field’ and require a major financial transaction between the fortunate landowner and whoever can afford the massive financial outlay involved in converting acres and acres of green field into a housing estate.

Volume house builders can also afford to buy the vast tracts of planning land which they then hold on to for many years and build on at their own pace, as demand rises and falls.

Small, local housebuilders generally can’t afford to do this. Which leaves the field open (pun intended) to large, well-resourced house builders who build whole estates at a time.

The local developers and builders are instantly priced out of the process.

So, why is this important to Wales?

Most of these global sized volume house builders are headquartered outside Wales. They will mass purchase materials and services as cheaply as possible and as a result, will they end up buying little or nothing in our country.

Surely, you say, they employ loads of local builders? That’s often true, but generally on such poor sub-contract/self-employed terms that they make too little to invest in their own businesses or training.

This means that there is very little benefit to the local economy in the longer term, which there would be if small, local building companies built up their own thriving enterprises over many years.

The real problem, however, is that the houses built don’t really meet the local need, which is for affordable housing for the 1/3 of our population who live in poverty.

A planning restriction will usually insist that a small percentage of the new houses are affordable but the bulk will be in a price bracket that local buyers can’t afford.

Large volume house builders care little where they build, what strain it puts on the area’s services, and about the character of their properties.

A housing estate in Aberteifi, Abingdon and Aberdeen will look exactly the same and all will have similarly twee names like Mulberry Crescent that make little reference to an area’s culture and history.

How could this be changed? It wouldn’t take a huge leap of imagination to envisage a local authority planning department which could ensure that conditions are more favorable for local builders.

But this is the hard part. In order to make the costs affordable, the council would have to install the services first; roads, drains etc.

And then they would have to split the planning land into manageable chunks for local companies to bid on and furnish them with the required housing.

This wouldn’t be easy. However, we would get the housing we actually need in the locations we actually need them, and even – praise be – a unique, recognisable identity in keeping with their surroundings.

Also, the area’s builders, who are far more likely to employ apprentices and train people from that area, would prosper. The area’s suppliers would also get a fairer crack of the whip.

The value to the local economy of the construction of housing would increase substantially.

It’s not rocket science. But there’s very little incentive for councils to do this at the moment, and therefore it’s an issue that would probably need the government to fix.

Do Wales’ politicians have the will to wrest control of house building in Wales from the vested interests of volume house builders?

Rhisiart identifies the problem well in regards to housing in Wales – we have developer-led communities not community-led developments. One simple solution could be to add VAT to large greenfield new builds, thus making refurbishing empty properties more attractive.
Planning in Wales needs a revolution – it’s not working for the good of the community.

This has got strong resonance with the WikiHouse approach, which supports small and local development. https://wikihouse.cc/

Myself, as someone who sees property investment and being a landlord as one of the best means ordinary people have to escape having to work for other people, to give themselves economic freedom and to get them out of tax and into their aspirations, I support what is being suggested. Cutting back these tasteless, modernist, utilitarian builds, in no way interferes with my ability to make a profit as a landlord and be free of having to work for other people. So yes, let’s get rid of mass-produced modernist rubbish. I would suggest a building operation like Poundbury, funded by… Read more »

That rare thing, even on this site, an article that proposes practicable, implementable steps to improve life in Wales. The article ends with a question: I only hope Wales’s politicians, at national and local level, do have the will to act. Da iawn, Rhisiart.

Diolch Robert, much appreciated. Thanks to all for your supportive, cnstructive comments.
Rhisiart

A thoughtful article Wales has a large aging housing stock and there’s a large number of properties either vacant or in serious need of extensive renovation which could be turned into quality homes for families. The VAT exemption may indeed be an incentive for new-builds over renovations. But it’s not the only barrier. In the upper reaches of the South Wales Valleys, for example, the costs v returns are not favourable. In regards the problem of small Welsh builders competing with the big boys, this may be a naive question, but is there no way small builders could work together?… Read more »

Thing is Capitalist and Welshnash….you may be sitting pretty as a landlord and dreams of becoming part of the Im alright jack lot….but landlordism …is keeping us under 35s in poverty……high rents and underpaid job wages mean Im finding it very hard to get on the housing ladder…and both me and my girlfriend are working fulltime in SKILLED jobs……I really dônt think many of the older generations have a clue.

The inheritance of vast wealth by a few families to children who did nothing to earn that wealth………..is destroying capitalism by creating horrific inequality in a rapidly tech advancing world

Many of the older generation does have a clue, which is why in the immediate post WW2 period decent housing became a hot political issue. It wasn’t just that large amounts of housing had been bombed out of existence, but as part of a general scheme to try and ensure that everyone had a decent place to live. Even the Tories were caught up in this economic and political consensus , though they I’m sure they’d have wriggled their way if they could have. For those who wanted a home that they owned themselves there were local authority mortgages available.… Read more »

Clywch! Clywch! I’ve been saying this for years. Our village has suffered horrendously from large building developments. It really sticks in one’s craw to be told that 300 new houses are being built on greenfield sites around you when there are many existing houses (from as little as 70K) languishing in estate agent windows for months, even over a year. There is NO local demand. It’s just a front for a huge colonisation project to facilitate the destruction of close, strong communities and the greater goal of Anglicising Wales.

Interesting article, genuine local need should clearly be the driver. I’d disagree that local authorities have any say in the housing numbers though (the official line is of course that they set the numbers but this is a nonsense in practise). The over-development is dictated from the Welsh Gov and their flawed population projections, the numbers are then enforced via Local Development Plans by the Planning Inspectorate. At its politest, it’s social engineering, I could think of other terms.

Excellent piece. May of my European friends coming the the UK notice the identi-kit nature as well as the poor quality of our modern housing, whereas in Europe plots tend to be sold in small batches and various different architects work with the buyer. It’s not expensive, and it means your whole country doesn’t run the danger of looking like Swindon. It’s more responsive to local needs and it means developers don’t have huge power over communities as well as driving policy through lobbying MPs.

However, I would take it a step further by ask Cymru to follow the policy of having just two kids per family, turn away, for the time being, any foreign settlers (refugees would still be taken in) and see properties revert to private individual ownership to be passed down to the next generation and no block private landlord type ownerships.

Oh and an Independent Cymru to make it happen! This would be the start of many changes to solve the problem of having been in mental slavery to the English/British!

One more belated point – Carl Sargeant claims ‘volume’ house builders get up to dirty tricks to avoid installing sprinklers. Another reason – as if any more were needed – to eschew them.