The contenders: Who will become Wales’ next First Minister? 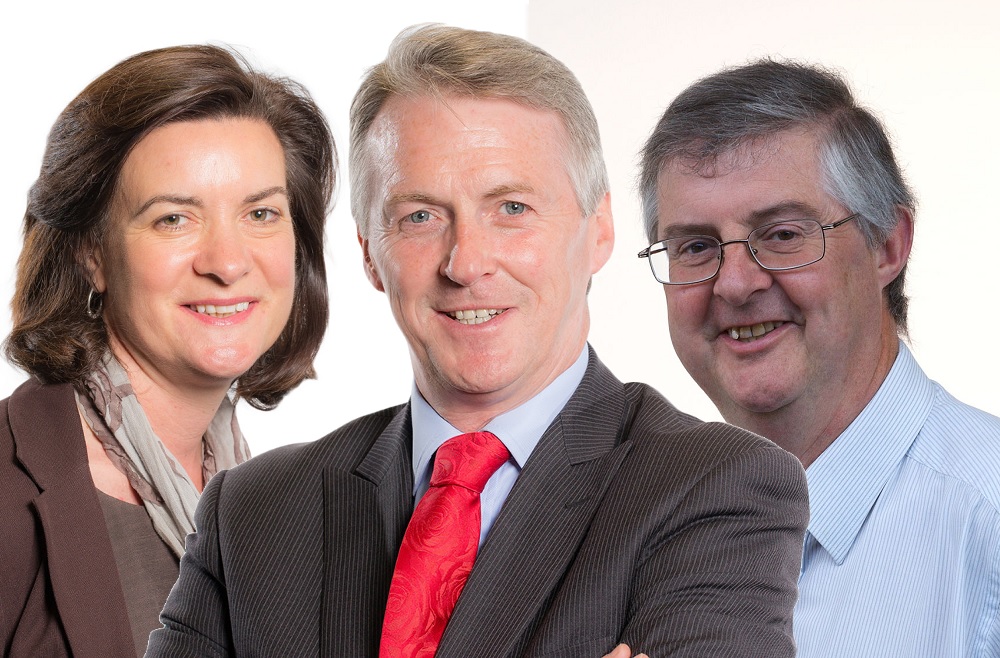 Here are my thoughts on the contenders for Welsh First Minister…

The early frontrunner, and he has so much momentum (pun intended) that there is a danger that he could run away with it before the other candidates really get going.

The big question was whether he intended to stand at all, a question that he has answered today with a ‘yes’.

He already has the backing of eight fellow AMs and more could be forthcoming now that he’s officially in the race.

However, it’s a long way until the autumn and early frontrunners can quite quickly lose steam once hustings start and the membership has a chance to size up the candidates. Does the former university professor have the charisma to win over the crowds?

There will also be pressure within the party for a proper contest, rather than just a coronation, and as we’ve seen recently once they get going almost anything can happen in a Labour leadership contest.

There are two factors that could seal the deal for Drakeford:

As a result of these two factors, he may be a good compromise candidate between the more centrist Welsh Labour and its Momentum-backing membership.

Other potential leadership candidates on the center ground may think that perhaps Corbyn and Momentum will have lost a bit of steam in a few years and conditions may be more favourable for them.

The big question perhaps is how much support Drakeford will get from the party’s MPs in Wales.

Despite not getting great odds by the bookies, she is for me the dark horse candidate in this contest.

There are already coordinated hashtags out there urging Labour AMs and MPs to support her, and a petition.

Wales is the only legislature in the UK without a female leader, and has never had one.

So whatever happens, there is going to be support for Eluned Morgan being there and staying in the race until the votes are announced.

But Eluned Morgan wouldn’t be just a token entry. She has been an elected politician since 1994, and therefore has just as much political experience (if not more) than any of the big hitters in the cabinet.

She has been a Shadow Minister for Wales in the House of Lords. And as a former MEP she could argue that she has would have the know-how to steer Wales through the choppy Brexit waters.

The question will be whether it’s too soon for her to be First Minister, as she was only elected to the Assembly in 2016.

It’s hard to believe that Huw Irranca-Davies gave up being a prominent MP and came to the Assembly if he didn’t have leadership ambitions.

He has already picked up a wealth of ministerial experience under the last Labour Government, working in the culture, environment and Northern Ireland offices.

His problem perhaps is that, as another of the 2016 intake, he may not be able to make the argument that he has as much experience of Assembly politics as the other potential candidates.

He might, however, have a hope as the MPs’ choice in this leadership election. He has all the contacts at Westminster, after all. Could he be the one to man the MPs’ ‘stop Drakeford’ campaign?

Former MP Peter Hain has already been muttering darkly about the Welsh Government needing a “shake up”. A continuity candidate might not be to their liking.

Is it time for a First Minister from ‘beyond the wall’ (well, north of the valleys)?

Alun Michael was of course from Anglesey and represented mid-Wales at the Assembly. But because of his long stint as a Cardiff MP he tends to be considered another southerner.

Wrexham AM Ken Skates has long been touted as a potential replacement for Carwyn Jones, and has been a minister and then cabinet secretary since 2013.

He has suffered a few knocks to his reputation recently, including the ‘Iron Ring’ debacle.

Otherwise, he will be able to make the argument that he is a slick, experienced media operator, has a proven recording of running big departments and knows the Welsh civil service as well as anyone else.

He has been a little quiet since Carwyn Jones’ announcement. No buzz seems to be growing around him, as in the case of Mark Drakeford and Eluned Morgan. But he might just be getting his skates on.

With such strong Momentum backing for Mark Drakeford, conditions may be unfavourable for him this time. He is in his early 40s so sitting this one out would not be the end for his leadership ambitions.

Unlike all of the above candidates, he doesn’t speak Welsh. Does that matter? Maybe not, but every First Minister so far has been able to do so, which suggests that there are many within the party who think it’s important.

Pretty much everything said above about Ken Skates also applies to Vaughan Gething. He is a young but very experienced member of the cabinet.

He can make the claim that he is now running Wales’ largest and most difficult department, health.

However, the NHS’ difficulties could also be used as a stick to beat him with. There is currently a quite noisy campaign ongoing to oppose the closure of hospitals in west Wales and he could find himself the focus of that ire.

Vaughan Gething could, however, make history as the first BME leader of any government in the UK.

He was President of Wales’ Trades Union Congress and could be in with a good shout if they retain the electoral college, where unions get 1/3 of the vote, in the leadership election.

My feeling is that either Ken Skates or Vaughan Gething may need to step aside and give the other a shot, as they represent quite a similar constituency within in the party.