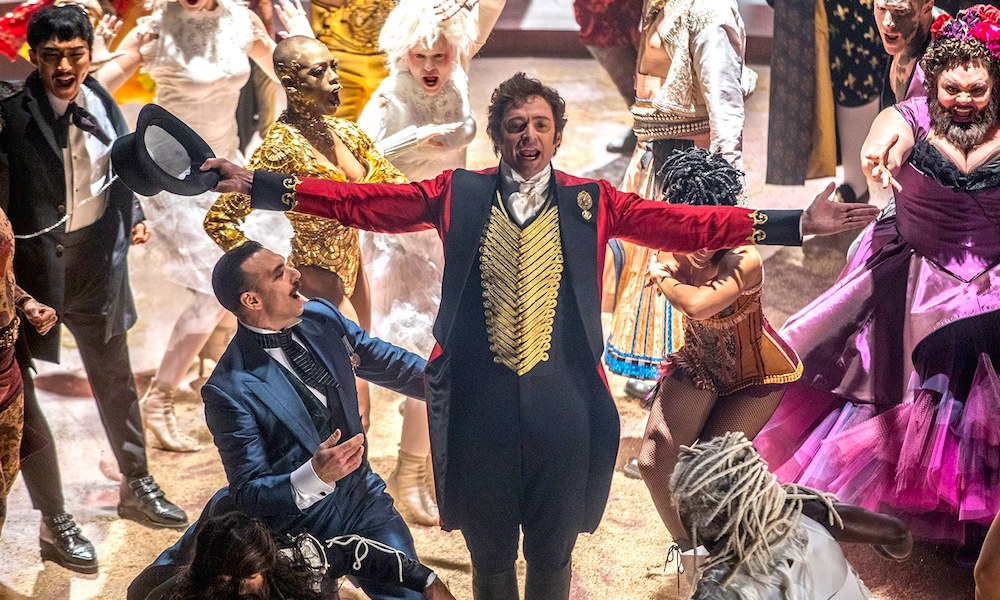 P.T. Barnum was a visionary, in business, in life and in uniting disparate peoples. From humble beginnings as a tailor’s boy, he pursues a love that is a a few rungs of social class above his own and in achieving his dream woman, Michelle Williams’ Charity, he believe he must provide a life of luxury for her and their daughters. As a charming salesman Hugh Jackman’s Barnum is able to secure a bank loan to finance his hopes of putting on a show that dazzles and delights its audience. And as the title suggests, he achieves that and subsequently creates show business in the process.

I went in totally blind to The Greatest Showman as I was ten minutes late for a screening of Molly’s Game. It was a serendipitous moment as from the first beat of this film, it infected me with a purity of joy that is often saved for Disney’s greatest hits. The Greatest Showman isn’t a Les Miserables historical epic like the ultra-versatile Jackman roared in back in 2012 but it is a heartfelt, sing-a-long pop take on the structures of a movie musical.

Barnum enlisting the talents and tics of many weird and wonderful folks for his show holds some joyous moments and in seeing the World’s Shortest Man, Chinese siamese twins, Dog Boy, a brother/sister acrobatic duo (who’s special trait is that they’re black), and the whole troupe perform for the first time and be accepted (by some) is when The Greatest Showman is at its best. Delivering the best of what human beings can be, no matter what their appearance, social standing, race or dreams are.

The second act becomes bogged down in melodramatics when Barnum is on the road showcasing the singing talent of Rebecca Ferguson’s Jenny Lind to rapturous audiences. Though the story may go that way, it all felt a little contrived to shoehorn a larger arc for a character interesting enough. I found myself waiting for a song to lighten the mood that had been aptly balanced between desirous brooding and gleeful wonder.

One of the shortfalls of the film for me was the writing of the female characters in Williams and Ferguson. Whilst both look the part, that’s is all they really do due to sloppy plotting with not much desire to break a mould for feminine characters at a time so crucial to the cause. They are happy if Barnum is happy. Sad if Barnum is sad. It’s a shame that they don’t seem to live a life without a male counterparts influence.  Especially in where we are at this changing of gender tides washing Hollywood (and society) of its dirty laundry. Whilst this doesn’t break the film by any means, it stops it from pointing true north on its own moral compass. 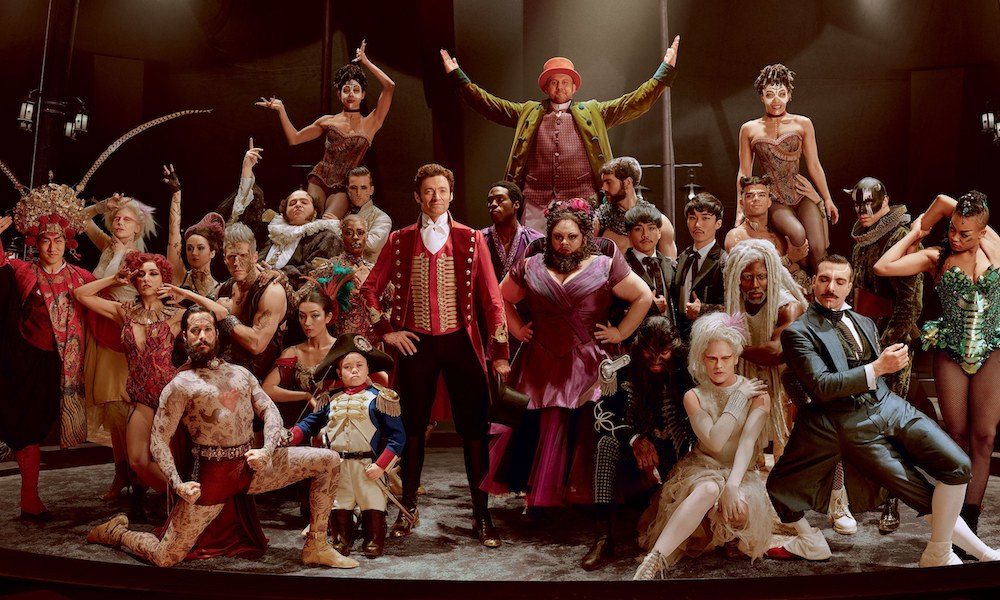 Every song is sufficient in emoting feelings of the characters whilst evoking them in the viewer.  The songs are sung heartily and with gusto but the scenes they score are sublime. Whether it be tapping along in a bar with more shots of scotch than a meeting between Don Draper and Ron Burgundy or the troupe of unique performers unashamedly showing aristocracy and the larger world a little diversity.

Casting a musical is no easy feat. Star power that brings in an audience must sometimes be sacrificed for talent. Thankfully, the leading man here is Hugh Jackman so director Michael Gracey couldn’t have gone far wrong but this is an ensemble effort when it comes to delivering the musical performances. The charming love story spanning race culminates in Zac Efron and Zendaya performing Rewrite The Stars whilst acrobatically dancing around an empty stage. The child actors who play a young Barnum and Charity hit pitches that I have only reached when fearfully leaping off something very, very high. This Is Me is the highlight of the track list, rousing, inspiring and exuberantly performed by Keala Settle’s Lettie Lutz, The Bearded Lady. If this film is remembered it’ll be because of this song – helped by the fact it won the Golden Globe for Best Original Song.

Visually this film is a treat for its creative flare. The art direction is fitting with the accentuated 19th century aesthetic. An early scene sees Barnaby look from his office building across to another which stands shouldering a graveyard as uniform as the office space itself. There is much metaphor on show for being true to oneself, succumbing to your differences, setting sail on your own course and chasing happiness for its own sake. These quaint and stirring metaphors bolster the film’s overall message of acceptance, instilling the effort to deliver a feel-good time out at the cinema and one that the audiences can take home with them.

The Greatest Showman is party of people. A visual and musical treat for the most part but with some storytelling shortfalls. Though there’s plenty here to keep you tapping your feet, shedding tears of joy and most importantly, smiling. It’s a show that’s all too welcome and in fact needed in today’s times of division and anger. Come for the show, stay for the experience, leave with a lighter heart and uplifted soul.