Broken Bones, Broken Dreams: the inspiring story of one man’s recovery from a life changing crash

Ian Gravell was told that he would never walk again.

Gravell, manager of the Gravells car dealership Narberth branch, was told by doctors that he would be confined to a wheelchair after a nearly fatal car crash.

“When I was 26, I had a car crash which was life-changing. A lorry pulled out in front of me. I hit it going very fast. I fractured my skull. I broke all my ribs, and I broke my legs in 26 different places,” Gravell said.

Gravell needed a wheelchair for nearly two years and while you won’t find any pictures of him using it he had other pictures showcasing his adventures kayaking while still wheelchair-dependent.

“After the accident, I couldn’t even walk properly, but I could kayak in white water to a standard that made me stand out as a disabled sportsman,” Gravell said.

He paddled most of the white-water rivers in Wales, the tidal white water in St David’s, Hurley weir on the Thames, the East Coast of the US, and Brazil for the World Surf Kayak championships in 1999. In 1998, he won Disabled Sports Man for Carmarthenshire.

“When I received the award, I felt elated. However, I felt it was a team effort from the surgeons, orthopaedics, counsellors, physios, family and friends who put me there. It may have been my name on the award, but they all put it there,” Gravell said.

It was those people who helped him walk again, especially after he hit a plateau.

“They were doing all kinds of things to get me to walk again, but I just couldn’t do it. I could not take that step,” Gravell said.

Then, one of Gravell’s favourite albums by Bruce Springsteen’s Born in the USA came on during physiotherapy, “Dancing in the Dark”.

Gravell suspected that one of the nurses or his first wife told the physiotherapist that he was a Springsteen fan, and they thought that his music would inspire him, but Gravell’s first wife denies being involved.

“I can remember doing that three metres to ‘Dancing in the Dark’. I cannot describe what that song means to me. It’s done everything for me. It is my best friend,” Gravell said.

That best friend has been there for each of his birthdays, the anniversary of the crash, and it helped him get through his first divorce.

“It is like an old friend I listen to for advice,” he said.

Gravell now dances in the light, running a thriving business and raising both children and grandchildren. He also renewed a love for a life-long passion with motorcycles in his 30s.

“Rightly or wrongly, it’s becoming a bit of an obsession,” Gravell said. His obsession went so far that when he married his second wife, Wendy, the pair drove off on his Honda gl1500se Goldwing Trike Motorbike after the wedding. 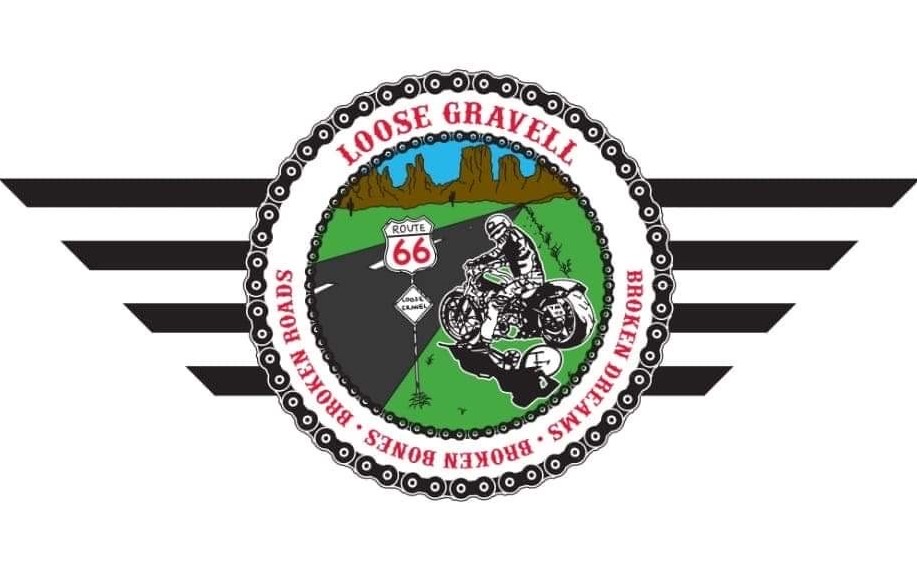 To mark his 50th birthday, Gravell rode the 2400-mile journey across US Route 66, a highway infamously nicknamed the Main Street of America and a popular tourist destination for other motorbike enthusiasts.

“If you’re a motorcyclist, what else is there to do? That [trip] was easily the best experience of my adult life, except learning to walk again,” Gravell said.

Shortly after his journey, the pandemic hit, and he found a lot of time on his hands, so he decided to write it down, not just for him, but so his grandchildren could know what he had done in his life.

“If you don’t try, what’s the point? It’s easy enough to give up and sit in a corner, but I had little kids. What type of example are you going to show these little children?” Gravell said.

Ian Gravell will be launching his book, Loose Gravell: Broken Bones Broken Dreams Made Good on a Broken Road at Queens Hall, Narberth on 24 September at 7:00 p.m.