A new graphic novel in Welsh casts a donkey as its hero and tells of its various adventures. With a little help from its father-and-daughter creators we’ve added some English translations. 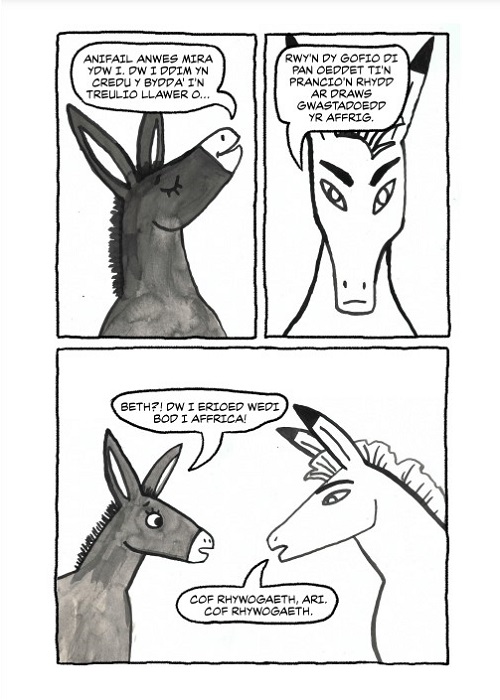 CAL:     I remember you when you used to prance freely across the plains of Africa. 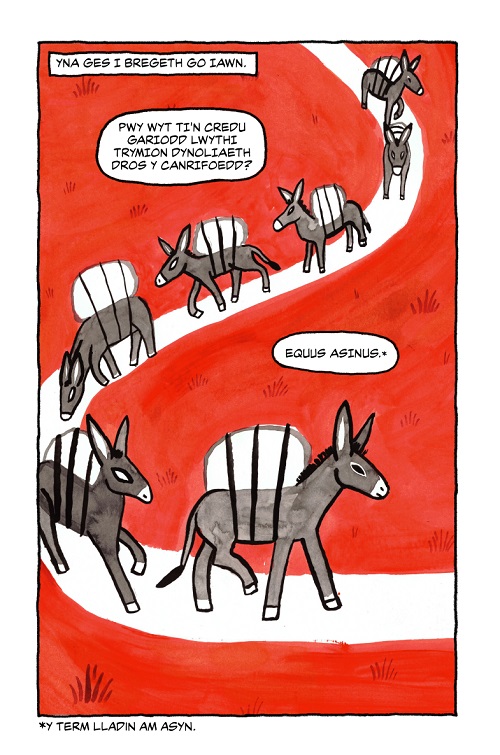 CAL:     Who do you think carried humanity’s heavy loads throughout the centuries?

* The Latin term for a donkey. 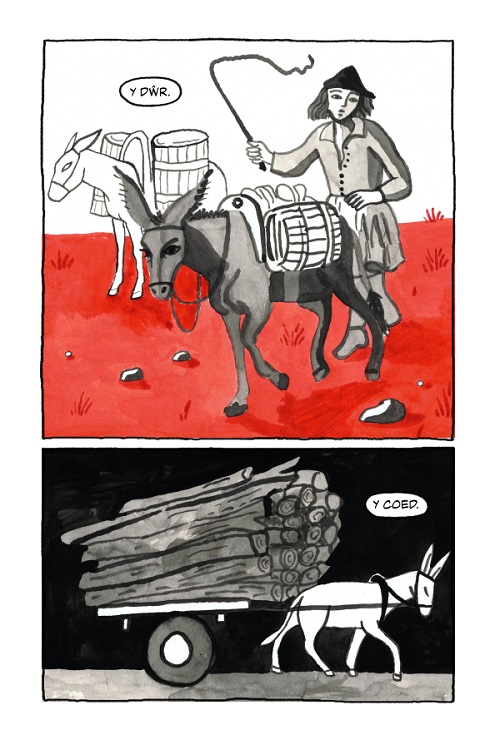 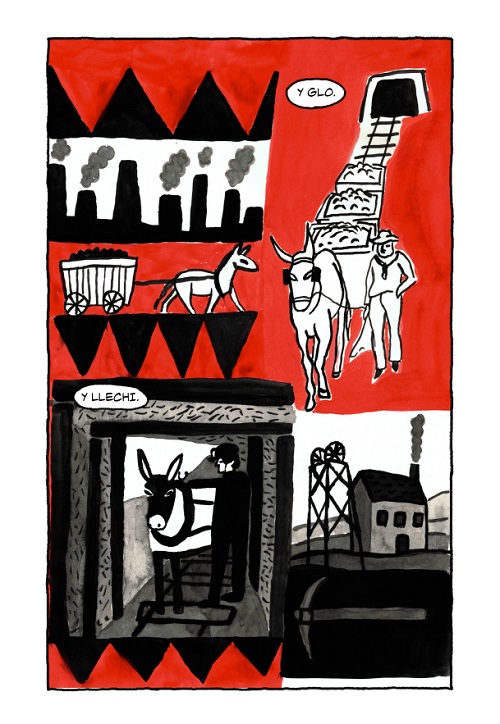 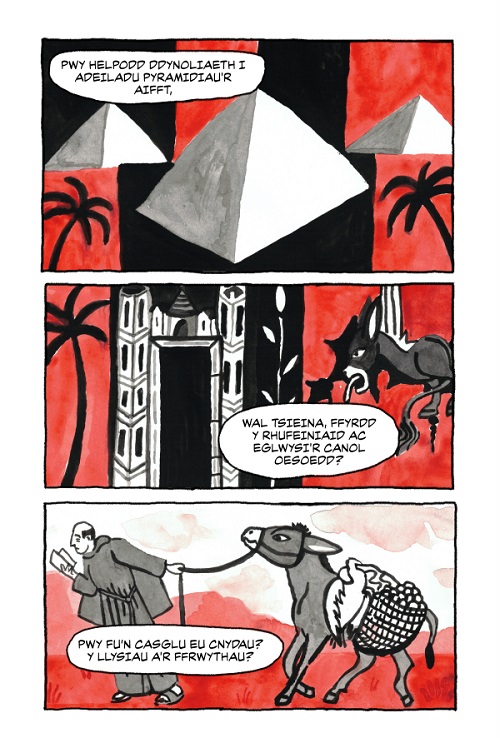 CAL:     Who helped humanity build the pyramids of Egypt?

The Great Wall of China, Roman roads and the churches of the Middle Ages?

Who gathered the crops? The fruit and the vegetables? 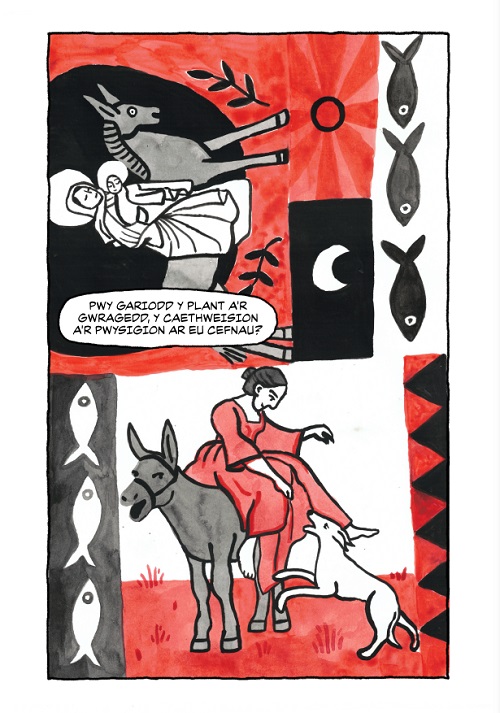 CAL:     Who carried the women and children, the slaves and noblemen on their backs? 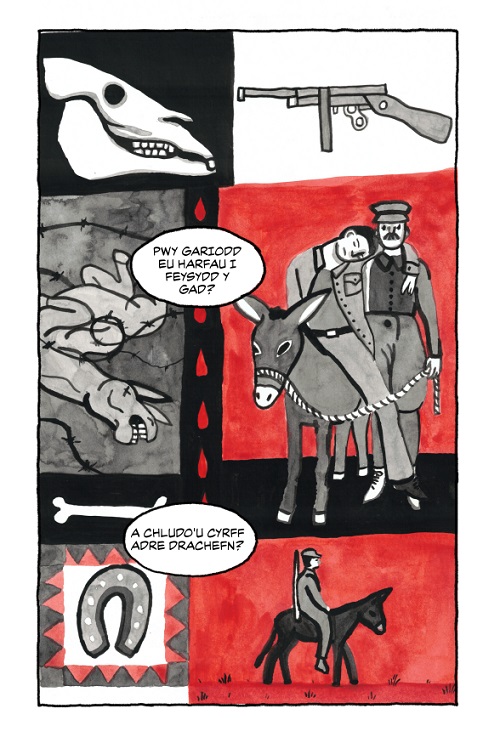 CAL:     Who carted their weapons to war?

And then carried their dead back home? 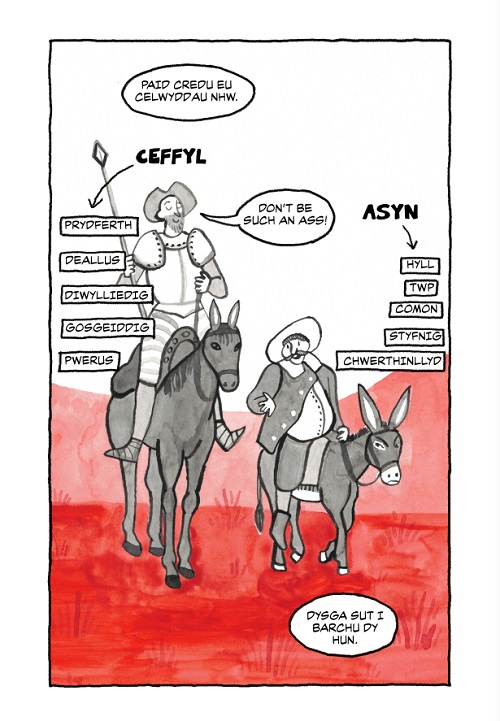 CAL:     Learn to respect yourself.