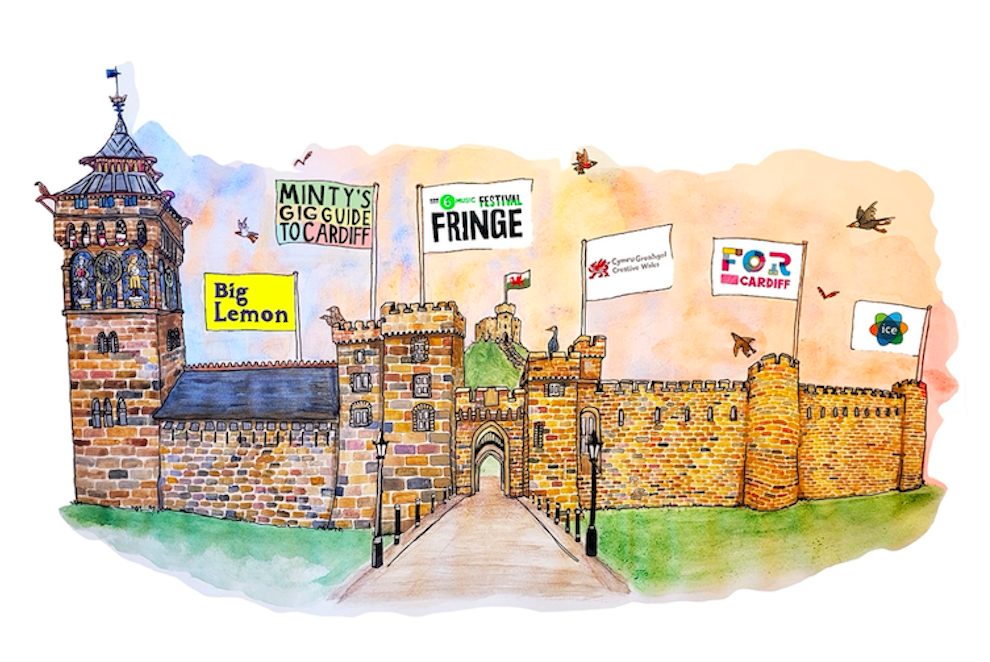 A live music map that keeps local music fans up-to-date with gigs taking place at venues across Cardiff – will be updated ahead of the BBC Radio 6 Music Festival .

Minty’s Gig Guide, which has a cult following locally, was first published in 2017 by Daniel Minty to help keep local music fans up-to-date with what gigs were happening and crucially, where. Minty has been a champion of the local music scene in the Welsh capital for years and founded the guide to help others discover the many sides to the city’s musical landscape. 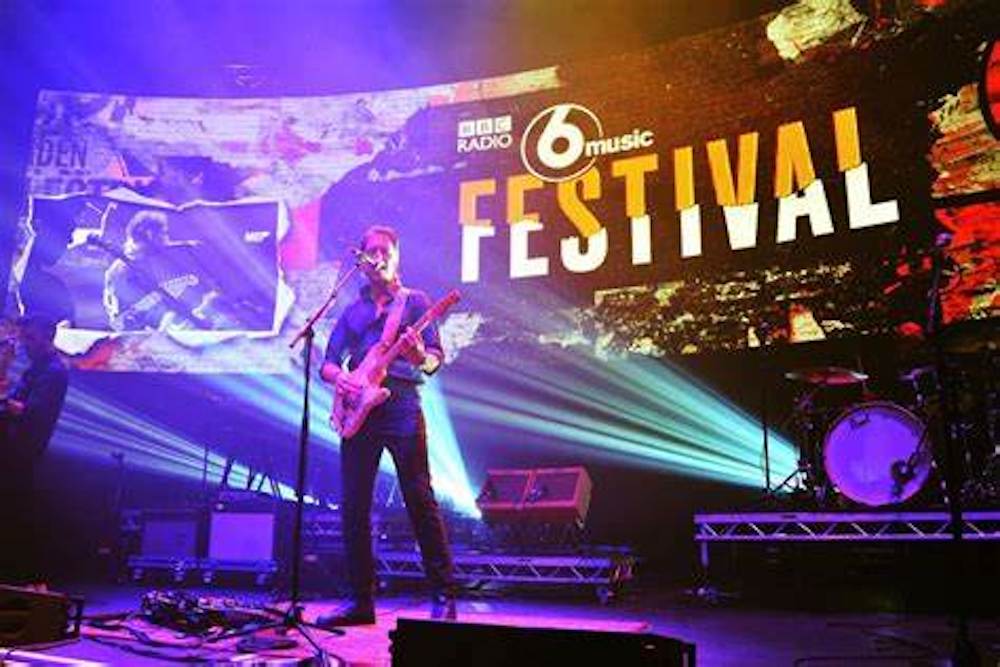 Building on the original concept, the updated Gig Guide will provide a physical theme-park style map of music venues in Cardiff and a digital interactive guide, whilst the festival and Fringe Festival are taking place. Designed & built by local tech-for-good company Big Lemon, the digital guide will lead visitors around venues in the city, giving directions along the way and providing key information about these venues and the artists performing at them.

Following a tough few years under Covid-19 restrictions, it’s hoped the festival and fringe events will shine a light on Cardiff’s emerging music scene, and foster a new legacy that builds on its national reputation as a city of music.

The guide is being funded by Creative Wales, FOR Cardiff and the Caerphilly coworking and enterprise hub, Welsh ICE, where Minty’s Gig Guide CIC is based. 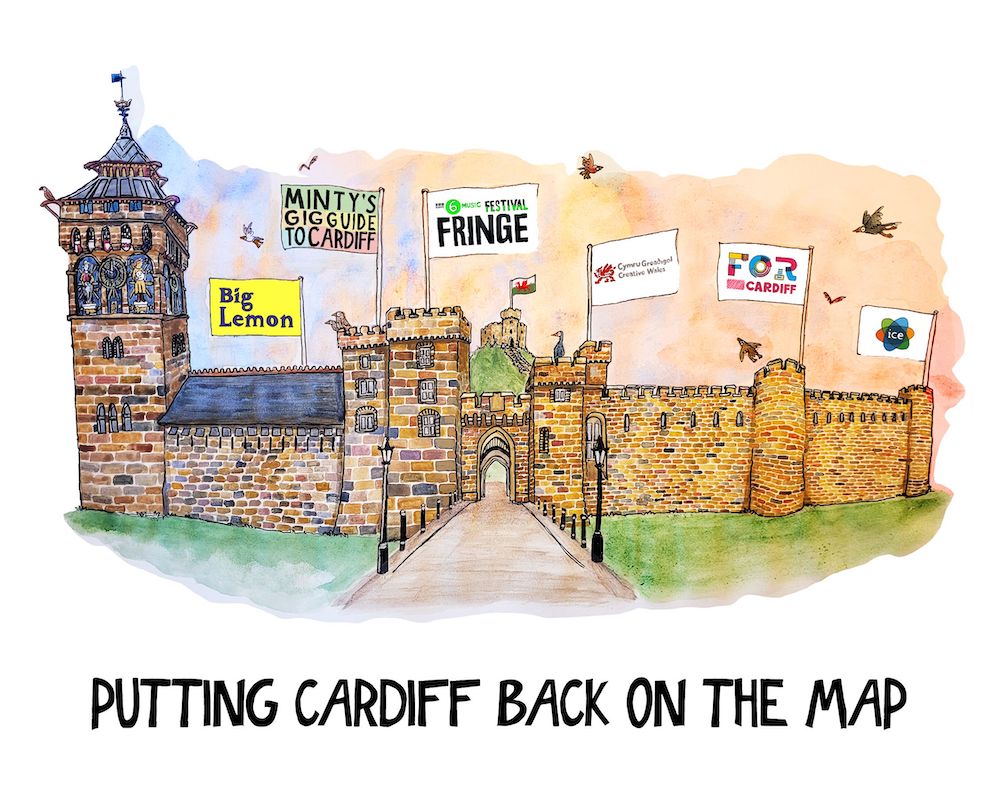 For Minty, the guide is just a part of what will be an exciting week for the capital.

Minty said: “The expansion of production companies such as Bad Wolf, and the growth of the arts and entertainment industry has drawn some special attention to Wales.

“Whether it’s Hollywood superheroes running Welsh football clubs and enjoying an ice cream in Barry Island, or Broadway legends popping up in open mic nights at Porters – the world is watching Wales at the moment.

“We founded the Gig Guide to help bridge the gap between local venues and music fans, but it became so much more. This map, drawn by our amazing illustrator Jack Skivens, will serve as a waypoint for the community and help people connect to the music, making the Fringe Festival and the everyday event circuit beyond it, as accessible as possible.

“The timing couldn’t be better as the music scene in Wales is popping off right now. It’s up to us to learn from this festival and the fringe, and then build on it. We need to support the grassroots music venues that will be bolstered by this event, and continue to grow the community and the legacy of live music in Cardiff, long after this festival is over.”

Llinos Neale, Community Manager for Welsh ICE said: “When Minty pitched his idea at our Chairman’s Award event, his passion for supporting local live music really was undeniable. We’re thrilled for him and the team and are proud to be a small part of such an exciting project.”

Gerwyn Evans, Deputy Director of Creative Wales, added: “As the host of the BBC Radio 6 Music Festival Fringe, Creative Wales is delighted to support Minty’s Gig Guide, which will be a handy resource for visitors to the city over the Festival and a great tool for the future too.

“It’s great to see the music scene in the capital buzz with excitement since the recent Festival announcement; Creative Wales has worked hard to support venues, artists and businesses over the pandemic and so all of this exciting activity is great to see.

“Minty’s Gig Guide will be a very useful asset and a ‘go to’ for all of the gigs happening around the city.”

FOR Cardiff invested in the original Minty’s Gig Guide to Cardiff map in 2017, and its Executive Director, Adrian Field said they are continuing their commitment to music in the city: “FOR Cardiff are delighted to once again actively support Minty’s Gig Guide. The opportunity to promote Cardiff’s wonderful late-night venues is really important to us, but we are also keen to ensure that there is a legacy that makes this a valuable long-term project which promotes music in Cardiff.”

The new map and interactive guide will be launched on 21st March at an event at Tiny Rebel, Cardiff, where the Minty’s Gig Guide team will be joined by local businesses, press and notable people from the Welsh music industry. The event will be followed by a free entry gig at Porter’s Cardiff.

The gig guide will be available at mintysgigguide.co.uk and the physical maps will be at various kiosks and venues around the city.

You can keep up to date with the journey on the gig guide and find out what’s happening on your doorstep @MintysGigGuide on all social media.