A dairy farmers’ co-operative has been spreading Christmas cheer to war veterans as part of a 300 year old tradition.

The annual Ceremony of the Christmas Cheeses dates back to the opening of the Royal Hospital in 1692 when the architect of St Paul’s Cathedral, Sir Christopher Wren, asked local cheesemongers to provide the pensioners with cheese as a Yule Tide treat.

With cheddar cheese historically providing nutrients to soldiers, the tradition was revived in 1959 and has been celebrated ever since.

South Caernarfon Creameries managing director, Alan Wyn Jones said: “We were delighted to once again have the opportunity to donate a selection of our fine cheeses to the Chelsea Pensioners.

“It’s a fantastic tradition that encapsulates the spirit of giving during the festive period and is a practical and tasty way of thanking the former servicemen and women for their service to the country.”

The traditional cutting of the ceremonial cheese was carried out this year by Chelsea Pensioner Michael Allen who joined the Army in 1957 at just 15 years old.

He went on to serve in Kenya and France before joining the Far East Land Force in Borneo.

He spent the remainder of his 24 years of service alternating between Northern Ireland and Germany and was promoted to Sergeant.

Michael then joined the Royal Hospital Chelsea in 2007. 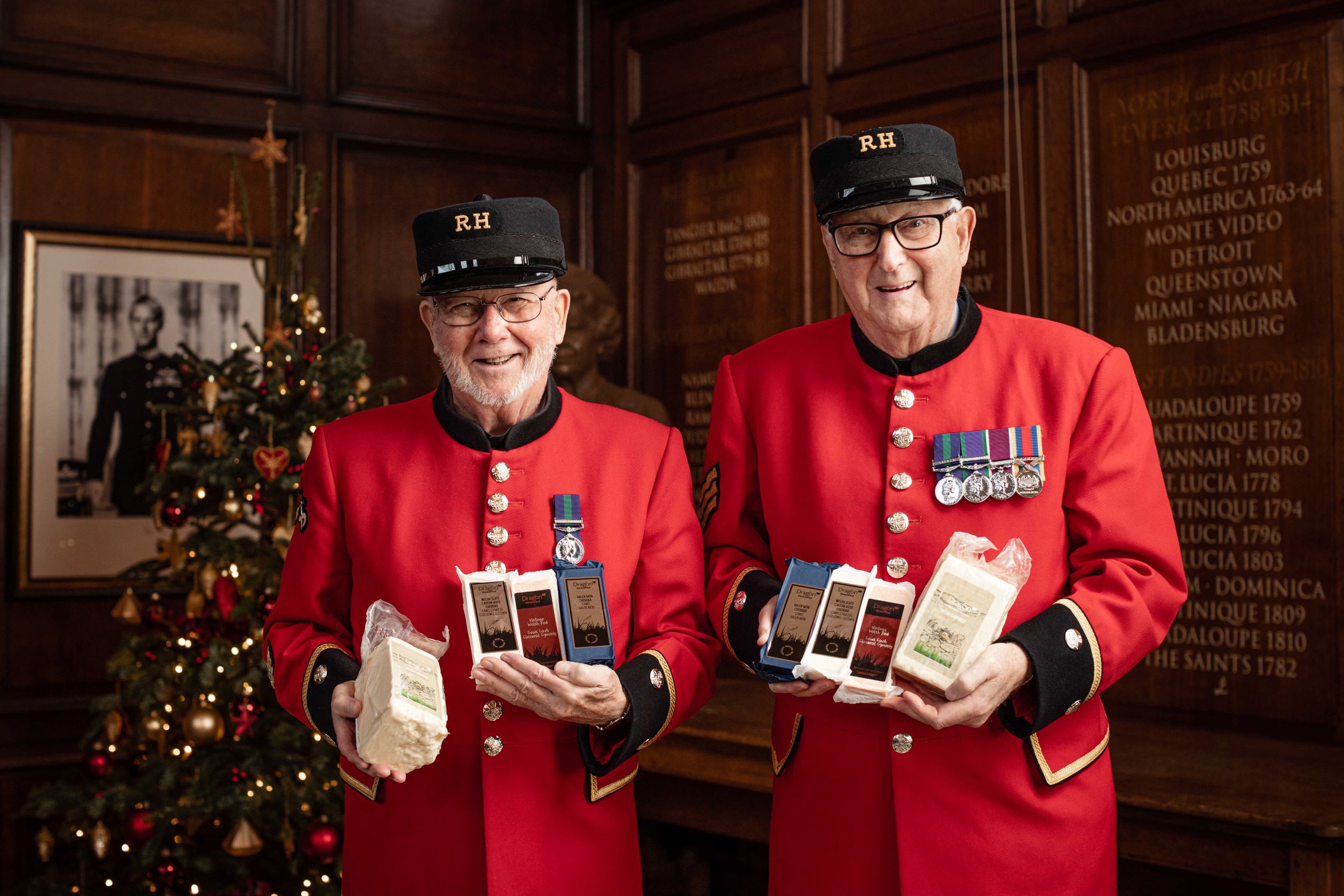 Dairy UK chair Ash Amirahmadi said “As an industry we take very seriously our responsibility as one of the food sectors that helps to feed this nation.

“We know that people rely on us and although this year hasn’t been easy for the sector, we have all worked hard to make sure there have been great tasting nutritious and increasingly sustainable dairy foods on supermarket shelves.

“It’s an honour for us to be able to share many of our finest British cheeses with the men and women of the Royal Hospital in Chelsea today.”

Very noble , would be even more impressive if they matched their donations to the foodbanks within North West Wales which are now the fastest growing food outlets in the area.