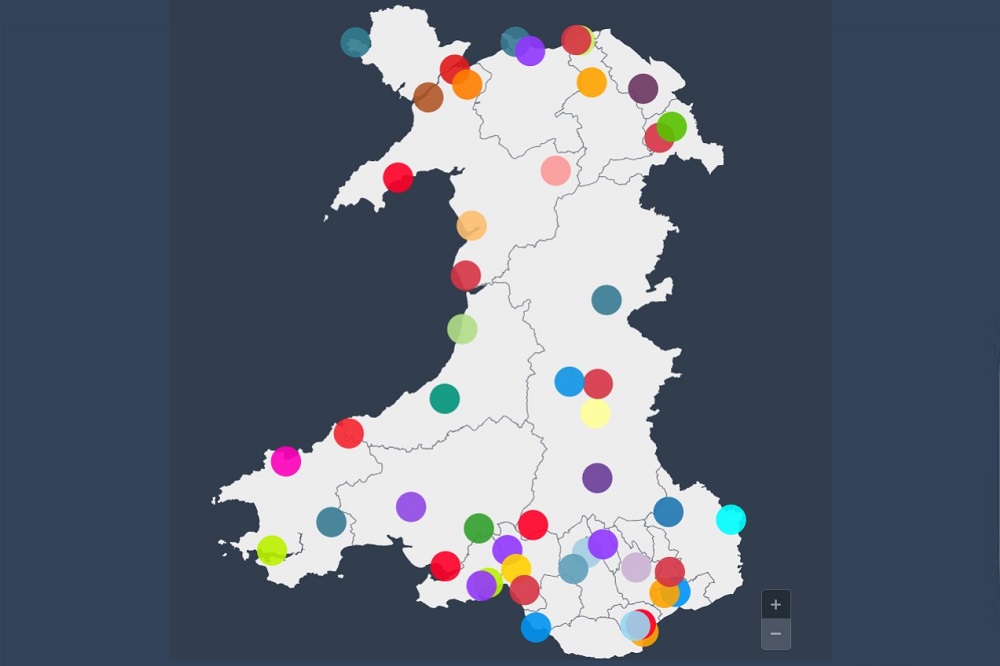 As we race into December (where did this year go?) and tumble towards the darkest climes of the year, the theatres of Wales are in full fettle for the first winter season since 2019.

During the pandemic the theatres went dark for the first time since the Second World War, and fears for the creative industries grew.

Freelancers were initially left high and dry as the work dried up, and many industry professionals from across the spectrum gave up any hope of sustaining themselves in an already precarious industry.

Those theatres which were able to tried to sheltered their creative flames by offering online productions, or at the very least some virtual interaction, to maintain contact with their audiences and to provide much needed work for cast, crew and production staff – those who did not heed the short sighted, misguided call for creatives to retrain in coding or cast aside their ballet shoes for life behind a computer screen.

As lockdowns came and went, box office and marketing managers studiously surveyed their audience base to find out what would it take to make them feel safe to return to the auditoria, and extensively revised their systems to coax people back.

Front of House staff worked themselves inside-out responding to each system change, standing on the front line of dealing with the brave and the terrified, the compliant and the indignant.

Against the odds, these buildings of dreams and ambitions, these state-of-the-arts-centres and historic landmarks have returned in – what is on the way to being – full glory.

Now, however, a different set of challenges face these organisations and their audiences.

The cost-of-living crisis has cut deep into the pockets of punters but also sliced into the funding of theatres.

As was shown during the lockdowns, people turned again and again to the arts, whether on television or radio, streaming events, exhibitions and box sets, joining Zoom choirs and virtual book clubs, losing ourselves in audio drama and in the pages of books.

Not only did we consume but we also created, and hitherto untapped talent emerged on the internet via TikTok or Twitter memes, podcasts, the arrival of new authors who, for the first time in their lives, had the time, and productions by established and nascent theatre companies

As people tentatively and hungrily returned to the theatre, there has been a run of superb drama through the year, drama tackling big issues and expressing some pent-up anger.

Now, as it gets colder and Christmas is incoming, the theatres offer a warm opportunity to socialise and consume culture, sometimes on a pay-what-you-can basis.

Many venues double up as cinemas, community centres and cafes, sitting at the heart of their community, part of a mutually beneficial relationship. They need us as much as we need them.

A glance across websites will see an array of shows for winter pleasure, from Panto, large- and small- scale, choral events, stand-up comedy, sit down gigs, through to classic Christmas films, New Year’s Cabaret to shows which will wow the young theatre goer for the very first time.

What started out as a ‘top-ten must-see shows’ feature soon turned into a realisation that there are so many theatres and events in Wales this winter and those lists really are for the few.

So here at Nation.Cymru we have developed an interactive map* which puts all the theatre links we can find** in one place to make it easy to find exactly the entertainment buzz you are looking for.

Simply click on a venue to go directly to a theatre website: your one stop theatre shop.

(*Who doesn’t love an interactive map?)

(**If your venue has been missed out, you know what to do…)

Brilliant! Such a great idea to have all those links in one place! Must have taken ages but a fab resource 👍

Hiya Del, I hope you and yours have a good Christmas, talking about Christians I’ve noticed that other beliefs have pushed them off the top spot this Christmas…nothing to do with you by any chance is it ?

Welcome back and good fortune Dragon Theatre…it’s a shame Theatr Ardudwy is no longer on the map, not to mention Coleg Harlech…