Film about courageous Welsh journalist to be screened onto Russian Embassy

Today in Washington a determined group of protestors will take the latest in a series of actions to protest the war in Ukraine.

They will screen a movie about the courageous and campaigning Welsh journalist Gareth Jones onto the walls of the Russian Embassy.

In 1933, the former Western Mail reporter was the first journalist to expose Moscow’s genocidal Holodomor famine in Ukraine – Stalin banned him from returning to Russia. 90 years later the Kremlin is still banning those who reveal the truth.

His is a fascinating and compelling story – of an ingenious journalist who was Foreign Affairs Adviser to prime minister David Lloyd George, flew with Hitler, brought news of the famine to the world despite much scepticism, and was murdered aged 29 in mysterious circumstances.

Not only will people in the US capital, be able to watch the screening of Mr Jones in person, but the movie will be screened on livestream on YouTube at 7.30pm in Washington, 12.30am in the UK.

Reminder! This Saturday at 7:30pm @MrJones_Film will be screened on the Russian Embassy Press Office in Washington, DC, opening with a Q&A featuring the director Agnieszka Holland. Watch it on livestream anywhere in the world https://t.co/6cTpThdejJ

Here is the link for the livestream: https://t.co/tz4ZHy9Ejb

Gareth Jones, from Barry, was an exceptional journalist and seeker of the truth.

A new book about his life – Mr Jones – The Man Who Knew Too Much: The Life and Death of Gareth Jones has recently been published.

Written by Martin Shipton, political reporter at the Western Mail, the book seeks to bring his until recently forgotten story to a new generation.

“It’s time that Gareth Jones was elevated to the status of authentic Welsh hero that he undoubtedly deserves,” wrote Martin, in his introduction to the book.

“Long recognised in Ukraine for his exposure of the man-made famine known as the Holodomor that killed millions of the nation’s citizens in the early 1930s, it took 85 years after his shocking murder on the eve of his 30” birthday in 1935 for him to become better known in his own country thanks to the release of the film Mr Jones.

“Now, with heightened interest in Ukraine following the Russian invasion in February 2022 and the war that followed, growing attention is being given to the historic dynamic between the two countries that helps explain the circumstances in which so many died.” 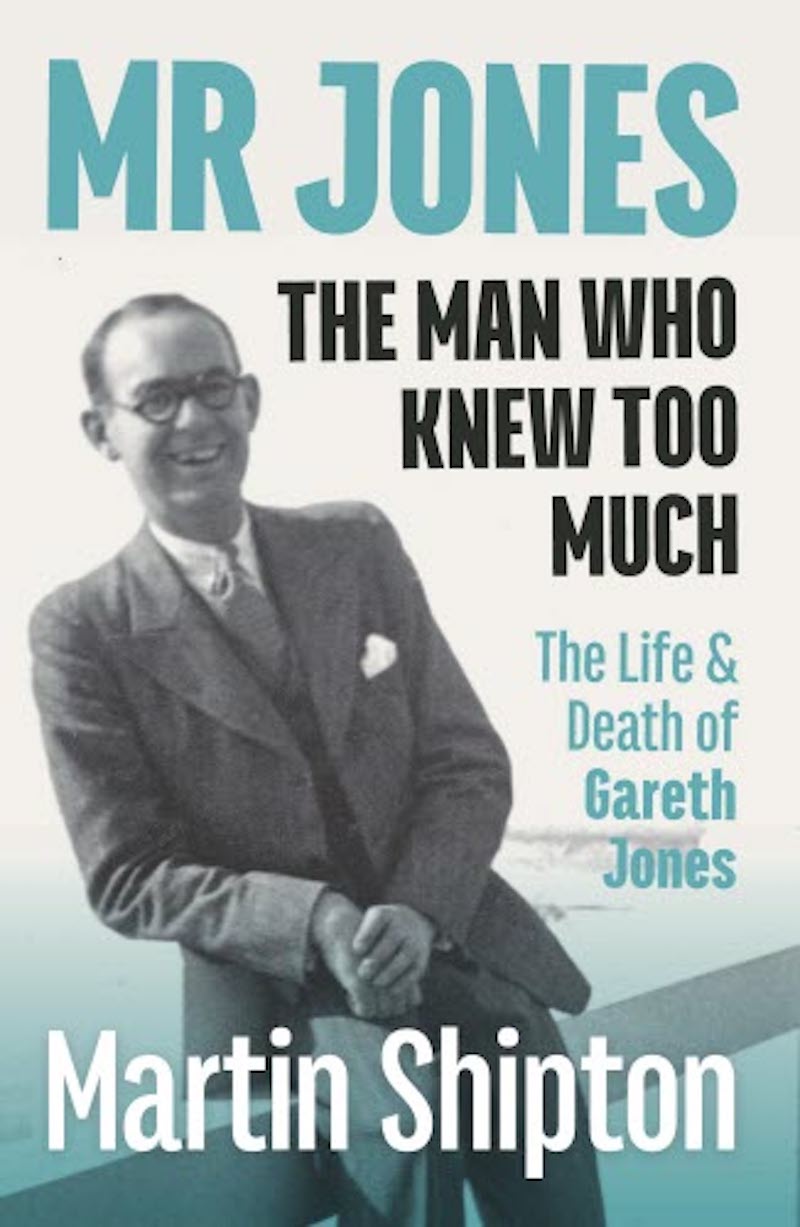 Mick Antoniw Member of the Senedd / Welsh Parliament Counsel General for Wales and Minister for the Constitutionwho has written a foreword to the book.

He said: “Perhaps in this 21st Century we still have much to learn from Gareth Jones’ example and his most important journalistic legacy; that at a time of conflict, danger and instability he adopted the highest ethical standards of journalism, he sought the facts, exposed the truth and went out and told the world.”

Find out more about the film Mr Jones HERE

Find out more about the book Mr Jones – The Man Who Knew Too Much: The Life and Death of Gareth Jones HERE