Pontypandy’s finest Fireman Sam has received a makeover to appeal to a new generation of kids, including a character with a prosthetic leg and an environmental message at its heart.

Series 13 of the children’s favourite which premieres tomorrow on cartoon channel Cartoonito, sees a very different Fireman Sam take to the screens.

The series will welcome a new resident in the form of Marine Biologist, Jodie Phillips, (voiced by Ayesha Antoine – Doctor Who, Skins). She is passionate about all things Oceanic and drives the eco-education focus in the new episodes encouraging children to think about sustainable living, protecting marine life and the environment.

A spokesperson for Fireman Sam said: “Jodie is intelligent, fearless and a natural athlete using her custom prosthetic legs on land and sea – a positive, vibrant role model for Pontypandy.

“When she isn’t collecting data on marine life in the Welsh seas, she is aboard the new Hovercraft helping Ocean Rescue.”

Series 13 will continue to introduce little ones to important safety messages and this season’s new Tidal Flats location educates how to be safe on the beach and at sea, and how to look after the planet.

A kids’ favourite for more than 30 years, Fireman Sam’s enuring popularity shows no sign of waning, with 9.36bn global views to date on the official YouTube Channel and a top five preschool character brand in Europe.

And, as this is Pontypandy, there will be a whole host of new nail-biting emergencies, from investigating the Beast of Pontypandy Mountain to fighting fire on the water. There’ll be blazing hot air balloons, riptide rescues, Mike trapped in the mud and some dangerous disco dancing, not to mention discovering the ghost of Pontypandy Pete on a haunted hayride. 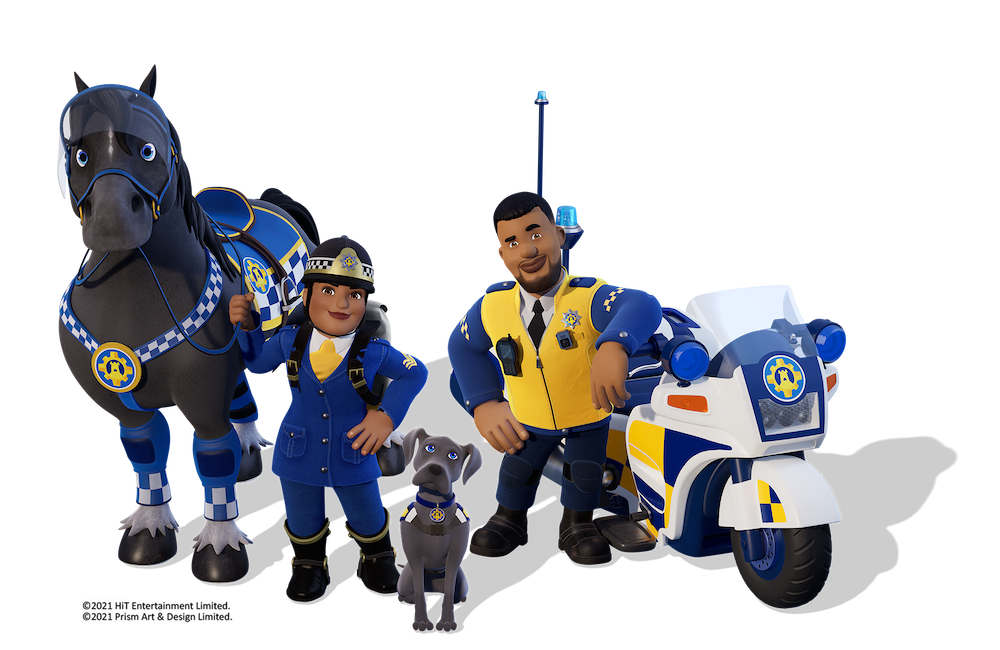 As always, whatever the rescue, wherever the emergency, you can be sure that the Rescue Team of Pontypandy will always be there to save the day.

Tune in to the new series of Fireman Sam at 5pm from Monday, October 4 on Cartoonito.

The computer effects already look outdated as it is, so its going to look tragic in a few years time. What was wrong with the stop motion style of animation?