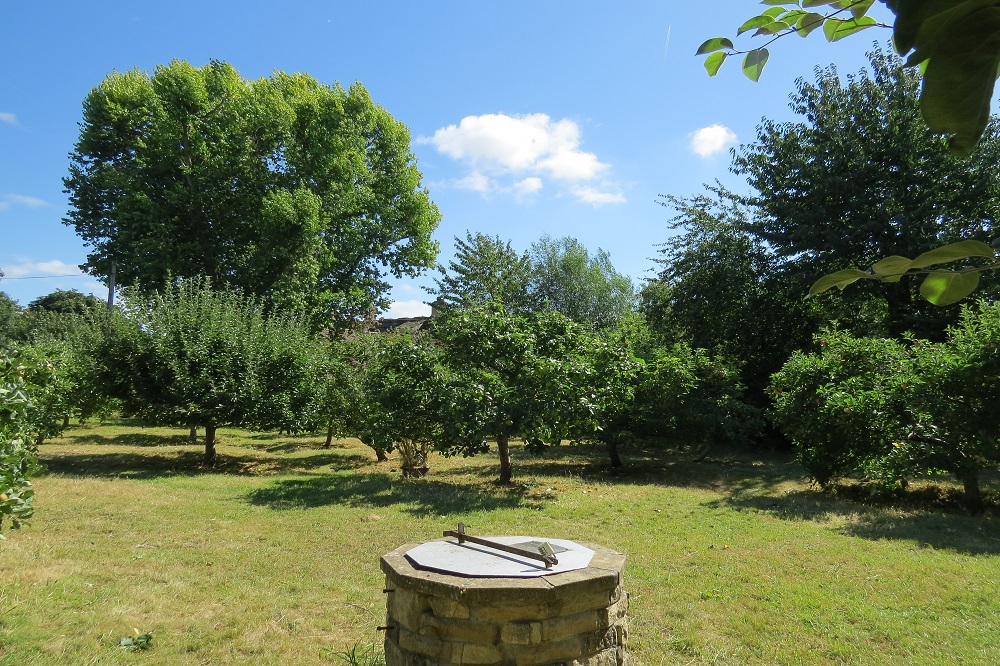 One of our widely-recognised problems in Wales is that we don’t know how to tell our country’s story. Not to ourselves, nor to the world.

As a result, parts of our story simply fade into the past, as if they never happened, and as if they didn’t have any impact on our present.

One such story is that of Wales’ rich apple heritage.

Wales has a unique heritage when it comes to apples. Apples are native to the Tien Shan mountains of Kazakhstan, and yet became widely cultivated across most of the northern hemisphere’s temperate and continental regions thousands of years ago.

In Wales, the earliest direct mention of apples comes in our myths (Mabinogi) and in the laws of Hywel Dda, where an apple tree is declared to have the same value as 60 lambs or 15 pigs!

They then adorn the lines of our medieval poets, who sing of orchards festooning the princes’ courts in all parts of the country. The great abbeys of the period knew both how to grow local economies and live the good life, and a 1326 survey of the holdings of the See of St David’s show that there were 4 orchards and 3 vineyards at Lamphey on the Pembrokeshire coast.

And from the seventeenth century onwards a native cider tradition blossomed in the south-east, to the point where an early twentieth-century preacher could still decry Breconshire as the ‘cider-besotten county’!

Apples, orchards, cider – these were a part of Welsh culture for centuries on end. Present in our myths, stories, landscapes and in daily life for countless generations.

And to top this, tens of uniquely Welsh varieties of apple were developed, each with their own names, such as ‘Gwell na mil’, ‘Marged Niclas’ and ‘Baker’s Delicious’.

This rich, storied heritage vanished almost without a trace over the first half of the twentieth century. Yes, the farmhouses called ‘Ty’n y Berllan’ (= House in the orchard) still dotted the country. Yes, there was still an old folk song called ‘Dacw nghariad i lawr yn y Berllan’ (= There’s my love, down in the orchard). And local history societies in Monmouthshire and Radnorshire still knew of the old cider traditions. But public consciousness of the entire field – even amongst those interested in food or gardening – had disappeared.

Thankfully, as so often in heritage, the work of a handful of individuals was just enough to salvage some of the riches of the past. Old native varieties were rediscovered (including the now relatively well-known Bardsey apple) and propagated. The National Botanic Garden of Wales established a heritage orchard of all the native Welsh varieties that has now gained international recognition for its status as the reference collection of this unique genetic material.

And where a few decades ago there were no commercial cider makers left in Wales, there is now a thriving craft scene, employing over a hundred people over the country. Welsh cider, now synonymous with quality, has won awards as it has tapped into the related Breton and Norman traditions, and the advantages of our rougher terrain and climate have been maximized upon.

Apples, orchards and cider are a small Welsh success story – but the future could be even brighter. There are today few commercial apple growers in Wales, but the potential for the future is enormous. With Brexit looming, and major changes to the agricultural landscape likely, now is the time for Wales to rediscover the benefits not just of apple production, but of agroforestry more generally.

Apples are one of the few crops that farmers in the UK can make a decent living from. If the crop of eating apples in a given year is not good enough to sell to supermarkets, it can be made into juice, cider or even vinegar. With climate change threatening to make current apple producing regions in parched south-east England too dry, there has never been a better time to look at the advantages of crops produced on trees with their deeper roots.

And older, local varieties have a part to play. With a broad genetic base, a mixed orchard is more resistant to disease and the vagaries of weather. They also bring a wider palette of flavours – from the strawberry sweet to the vinous all the way through to crisp and sharp. Couple this with the rise of foodie culture and the demand for local produce and low food miles, and the future of the Welsh apple may be just as rosy as its past.

Carwyn Graves is the author of Apples of Wales (twitter – @ApplesCymru), to be published by Gwasg Carreg Gwalch on 05/09/18 and available for pre-order on gwales.com. It will be launched at St Fagan’s Food festival on September 8th.