The annals of rock history will inform you that The Velvet Underground didn’t sell many records but everyone who bought one formed a band.

The group’s stately influence reverberates through the ages – their DNA courses through the veins of punk, new wave and alternative rock. They created a new sound that changed the world of music, cementing their place as one of rock ’n’ roll’s most revered bands.

How they became a cultural touchstone creating an expansive art rock ideology is examined in a new documentary released this weekend.

Directed by acclaimed filmmaker Todd Haynes, ‘The Velvet Underground’ features in-depth interviews with the key players of that time combined with a treasure trove of never-before-seen performances and a rich collection of recordings, the films of key collaborator Andy Warhol, and experimental art that creates a vividly immersive experience. 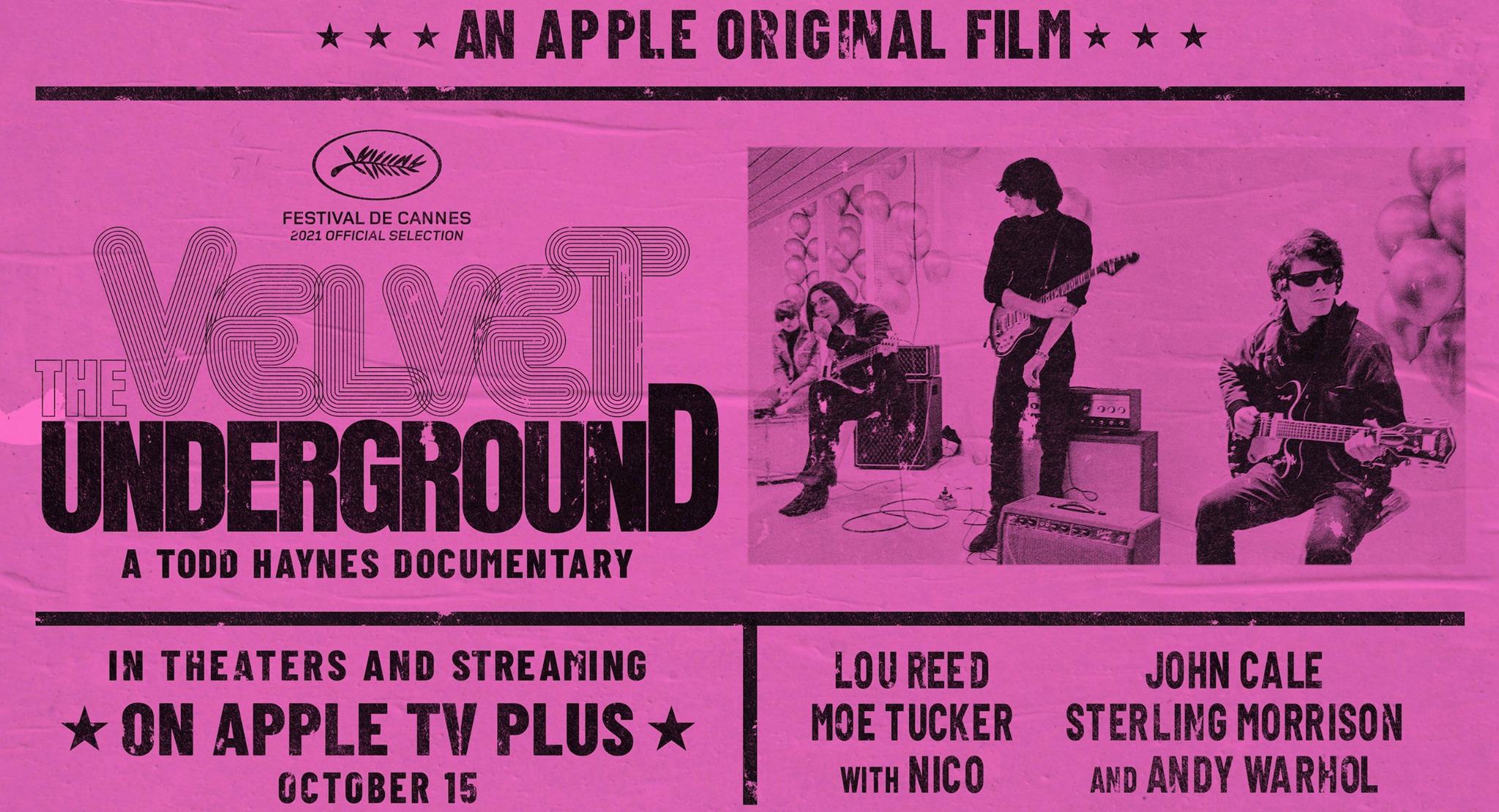 The film takes a fittingly idiosyncratic approach to delivering a rock documentary that captures the band as well as its era – the moment of a new cultural uprising in New York – of filmmakers, painters, writers, poets and musicians fueling a heady artistic explosion.

At its heart is founding member of The Velvet Underground, John Cale.

The Welshman is interviewed at length, expounding on his journey as a prodigiously talented classical musician from Garnant in the Amman Valley to college in London and his moment of arrival in New York via a music scholarship, where he would meet Lou Reed, Sterling Morrison and Moe Tucker, setting the wheels in motion for one of rock music’s most tumultuous tales.

Cale describes the band’s creative ethos: ‘how to be elegant and how to be brutal’ and his genius but abrasive relationship with Reed, the dynamic catalyst for the band’s pioneering sound most evident on their first two albums – The Velvet Underground and Nico (1967), and White LightWhite Heat (1968)

The difficult relationship of these two genius auteurs, with their own distinct ideas for the direction the group should head in, finally submitted to an inevitable end when Cale left the group in 1968.

The Welshman was replaced by Doug Yule shortly after. A close friend of the band he would become an integral part of the group, appearing on The Velvets’ next two albums – their eponymously titled 1969 album ‘The Velvet Underground’ and 1970’s ‘Loaded’.

The harsh, abrasive tendencies on the first two records were almost entirely absent on their third and fourth albums, resulting in a gentler sound influenced by folk music, prescient of the songwriting style that would soon form Reed’s solo career.

When Reed left the group in 1970 after their residency at famed New York venue Max’s Kansas City, disillusioned with the lack of progress the band was making, they soldiered on without their leader.

While this moment is the jumping off point for Todd Haynes’ Velvet Underground documentary, the band would continue for another three years – albeit in an ever diminishing original line-up for ever-diminishing returns.

It would be something of an ignominious limp to the finishing line for a band with such a revered legacy, reduced from art rock trailblazers to something approaching a covers band of its former self.

Founding member Sterling Morrison departed the band on August 21, 1971, after a gig at Liberty Hall, Houston, Texas. When it was time for the band to return to New York, Morrison packed an empty suitcase and accompanied them to the gate of their departing plane, before finally telling them he was staying in Texas and leaving the band.

Moe Tucker would last another six months with this fast fading group, playing a tour of the UK and the Netherlands in late 1971 – the first time an incarnation of The Velvet Underground had played outside of North America.

After the final date of the tour at the Concertzaal Apollo, Groningen on November 21, 1971, she quit the band and the music business altogether to raise a family.

It left Doug Yule – as the leader of a group that would wring the final drops out of what was left of the band. Perversely this final act of The Velvet Underground story would have links to Wales at every turn.

As 1972 dawned, the group played a four night residency at The Main Point, Bryn Mawr, Pennsylvania, from January 13-16.

Bryn Mawr is named after an estate near Dolgellau in Wales that belonged to Rowland Ellis, a Welsh Quaker who emigrated in 1686 to Pennsylvania from Dolgellau to escape religious persecution.

A UK tour, this time to promote what was to be the final Velvet Underground’s fifth studio album and their last, the much maligned ‘Squeeze’ – was arranged for later that year.

The final line-up of the band – Doug Yule, Rob Norris, George Kay and Mark Nauseff were to play 10 shows, including two in Wales. The Top Rank, Cardiff on November 26 and St David’s University, Lampeter on December 6.

For a band in its death throes it was an unseemly end. None more so than an incident in the Welsh capital. The band were billed, but never played due to a row over money that turned ugly.

In an interview with Mojo magazine in February 2000, the band’s guitarist Rob Norris explained how they fought their way out of the venue fearing for their lives.

“We had one really rough time in Cardiff,” he said. “The club was supposed to pay us cash up front and they didn’t, and our road manager said, ‘Well, then they’re not going to play.’

“We were in the dressing room and this real sleazy, low-brow guy with the club went on-stage and got these skinhead types all revved up, like ‘Well, they’re here but our money’s not good enough for them.’

“They came after us and tried to bang down the door. It was (bass player) George Kay who said, ‘Shit-ass punks aren’t gonna bother us – we’re gonna go out that door, we’re gonna get in the car and get out of here, and they’re not even gonna touch us.’

“We formed a ‘V’ with the guitar cases, burst the door down and moved through the crowd, and they didn’t bother us. But I was fearing for my life.”

You could be forgiven for thinking the band would not think it salient to return to Wales after that bruising experience, but they dared to venture further west to Lampeter, 10 days later for a gig at St David’s University on December 6.

Situated 30 miles away from John Cale’s home town of Garnant, the show has since attained something of a curio value amongst Velvet Underground completists, as the full concert was recorded and released on a rare bootleg cassette.

The gig features a number of Velvets’ classics including I’m Waiting For The Man (which they open and close their set with) as well as the likes of ‘White Light, White Heat’, ‘Sweet Jane’, ‘Run Run Run’, ‘What Goes On’ and ‘Sister Ray’, alongside several songs that would feature on that aforementioned final Velvets’ album ‘Squeeze’.

You can see why the 13 song, one hour four minute bootleg is highly prized. The band is incredibly tight and while the show is not quite a faithful reproduction of those trailblazing early songs, it’s an impressive show – raw and frenetic, in front of what sounds like a small but appreciative audience.

The gig in Wales was the penultimate show on the UK tour. In Doug Yule’s eyes that was to be the end of The Velvet Underground, with Yule planning to leave the band after the tour.

It was during the brief period in the UK that Yule recorded the final Velvet underground album.

Released on Polydor Records in February 1973 (in Europe only), with minimal promotion ‘Squeeze’, was blasted by critics, with the NME describing it as ‘a Velvet Underground album in name only’.

Despite the negative reviews upon its initial release, in recent years the album has been revisited by both critics and musicians alike with a more sympathetic and favourable ear.

It harbours a small but proud legacy of its own, given that the band Squeeze took their name from its title, according to singer Chris Difford. 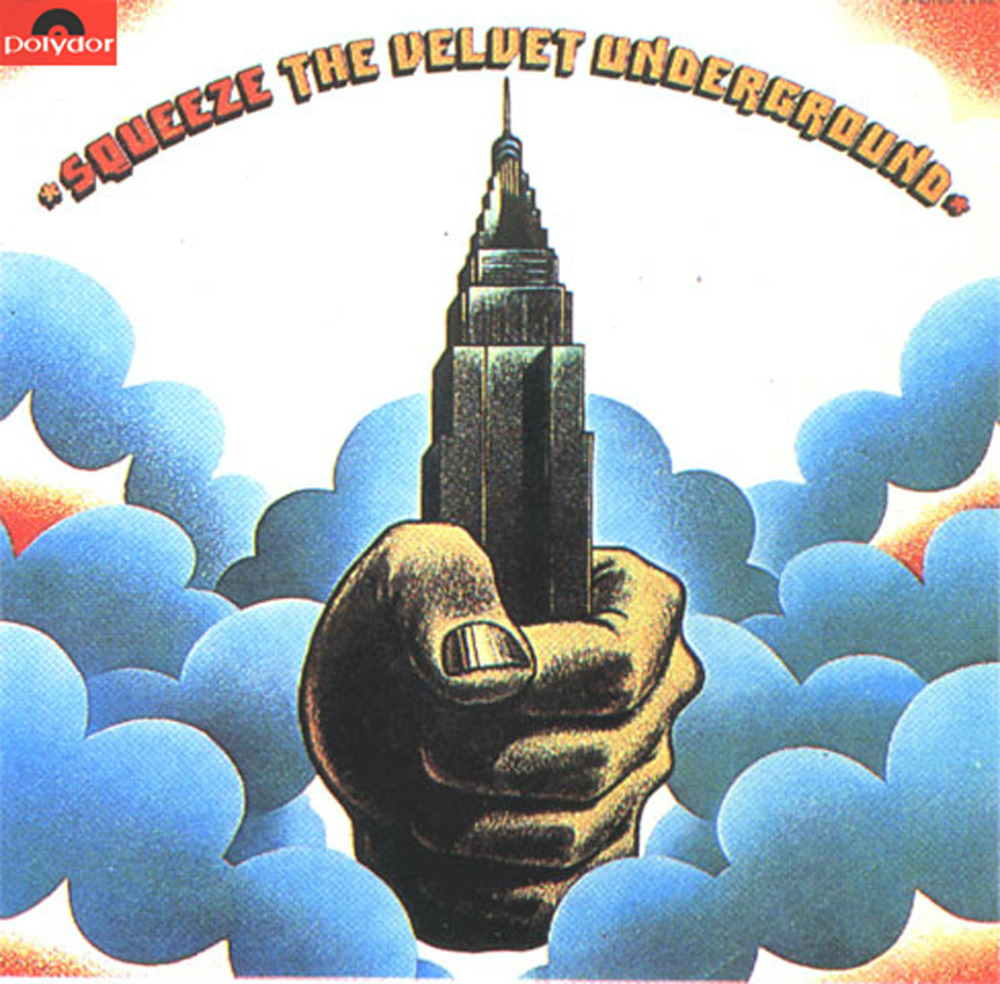 The band members objected to the billing. According to Yule, the promoter was not supposed to bill the band as The Velvet Underground.

After the shows, the band and the tour manager parted ways, bringing The Velvet Underground to an end until the classic line-up of Reed, Tucker, Morrison and Cale would reunite in the 1990s.

In a decade the band that inspired a generation had come full circle. Its legacy never to be forgotten.

The Velvet Underground documentary is in selected cinemas now. It is also available on Apple TV+

As a small postscript, I remember seeing Nico play at Lampeter Uni again, this time on her own, in (I think) 1985.

Why does this so called Welsh news site have an aversion to using the native Welsh names for places…… even Walesonline does a better job now.

And Cardiff is THE capital not the ‘Welsh capital’.
More WalesOnline speak.

I bought the debut 1967 LP ‘The Velvet Underground and Nico’, and I formed a band! Thanks for a brilliant article, David – it showed a bond between the Amman Valley’s John Cale, the mighty Lou Reed, Moe Tucker and Sterling Morrison. Come to think of it, I have the debut LP now – what’s it worth?

You formed umpteen bands if memory serves me right. Good to see the name still truckin’.