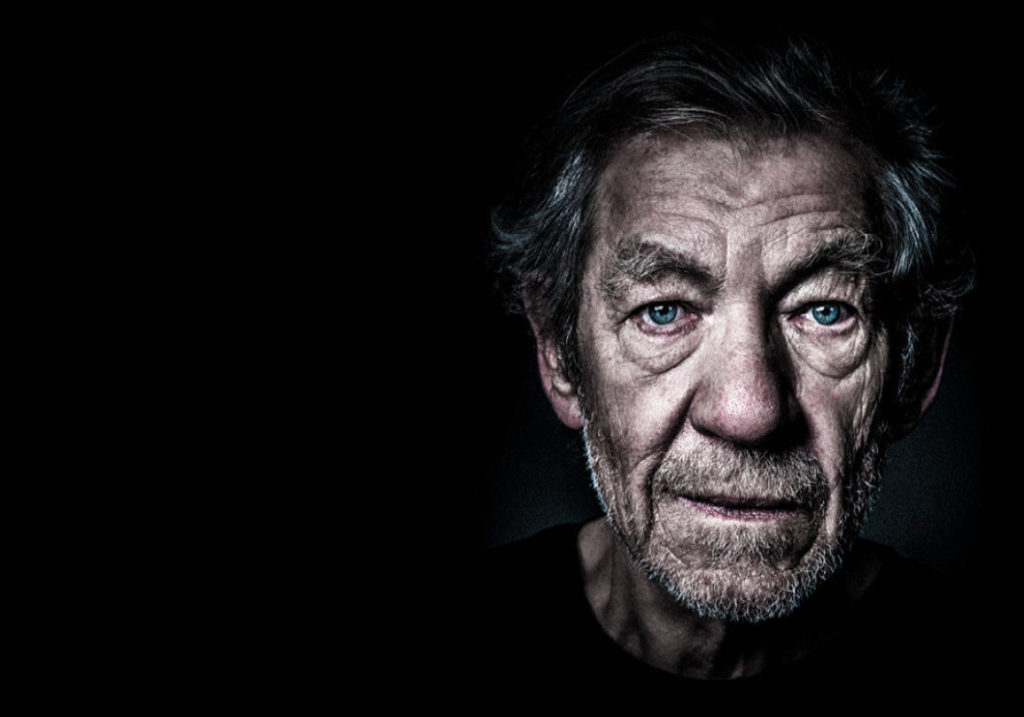 “It is my ideal that you can look in the audience’s eye and that they can look into yours,” preambles Sir Ian McKellen during the interviews and contextualisation of King Lear before the show.

“I scream Brexit before every performance,” leers Sinead Cusack (Kent). Cusack acknowledging not only the contemporary times of this iteration of King Lear but the socio-political relevance of Shakespeare’s tale of a kingdom divided and the prospective leaders all vying for their own crown and country.

Like many of the lines Shakespeare wrote, these pithy statements from the actors prove prophetic. The acting, especially that of McKellen’s never more prudent take on Lear, locks in the gazes of the audience – even if that audience is hundreds of miles away watching on a screen in Theatr Colwyn rather than experiencing it live in the Duke of York’s theatre. The narrative highlights the pomposity of monarchy, and the degradation of power in the hands of the infirm and choleric. The danger that poses when time has nearly consumed the powerful is prevalent and, relevant. That’s just the opening.

There are many meditations on the range of human characteristics. Shakespearean families must have something to lose. That loss here is presented in the younger generation. More than willing to steal the power they feel should be gifted them. Intelligence often births duplicity, especially from the scorned children of King Lear and his Earl of Gloucester (Danny Webb). Director Jonathan Munby has seen to explore these meditations from both generations, adding levity through the bitchy, biting, Frank Underwood-esque soliloquies of Edmund (James Corrigan), and the Fool’s (Lloyd Hutchinson) account-taking of Lear and his slipping grasp on reality and self. Cusack’s Kent balances the machismo brothing atop most of the scenes with poise, (pure) intelligence and compassion. Kent offers the audience a distinct look at Lear, inciting a feeling that he was worth the effort of attempted salvation, once.

Munby also strips back the stage design as madness descends upon Lear or, Lear descends upon madness. The stage at times is barely lit. Darkness hangs heavy like stage curtains. The machinations of the scheming and spiteful belong in the dark, so the staging says. But their repercussions always come to the light. Never more powerful than the Storm, in which, centre stage is hammered with rain, drenching the soliloquy of McKellen’s then ravaged Lear. The folly and vanity of a King exemplifies his foolishness, as his sopping Fool stands by. It is with the gravitas and pure thespian talent that McKellen invites sympathy for his mentality. That his pride may be product of a privilege pushed upon him. A modern-day understanding of mental health and conditions such as Dementia resonate in the rain-soaked scenes. Layering the tragedy as it transcends time. Shakespeare was an authority on the human condition. 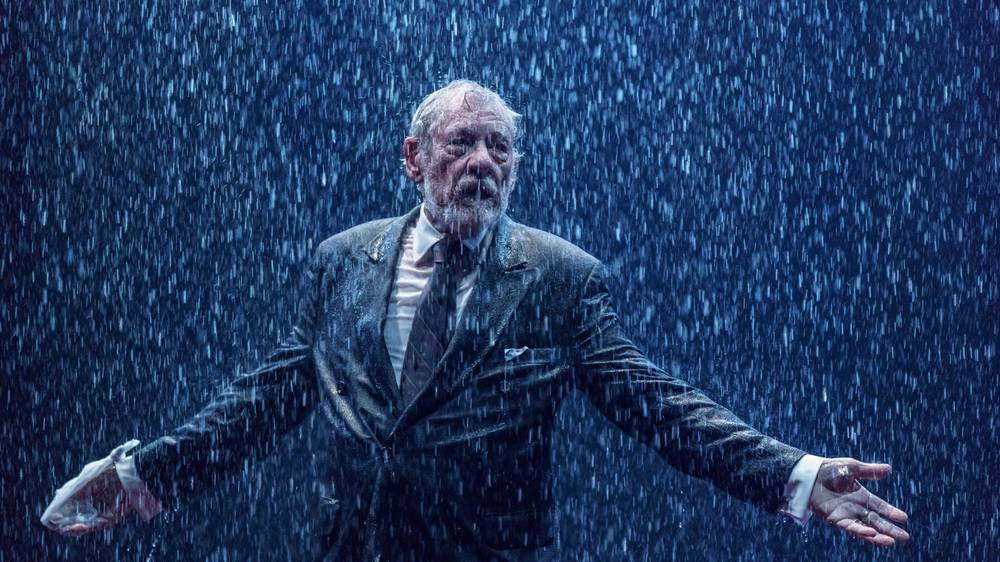 And when the finale brings death, wroth is presented by the men left standing. Bemoaning women and their tears that burn Man’s cheeks. Herein lies the crux of a humanity split down the middle by Shakespearean gender. A man screams at a woman for speaking up and yet vies for their love and acceptance.

Despots are always hypocrites. But will Shakespeare always seem prescient? Yes. If we humans and our conditions perpetuate and Sir Ian McKellen can immortally embody the dramatic masks of comedy and tragedy so vividly.

This review was first written for the Young Critics North Wales scheme which is supported by the Arts Council of Wales. More information can be found at https://youngcriticsconwy.wordpress.com/