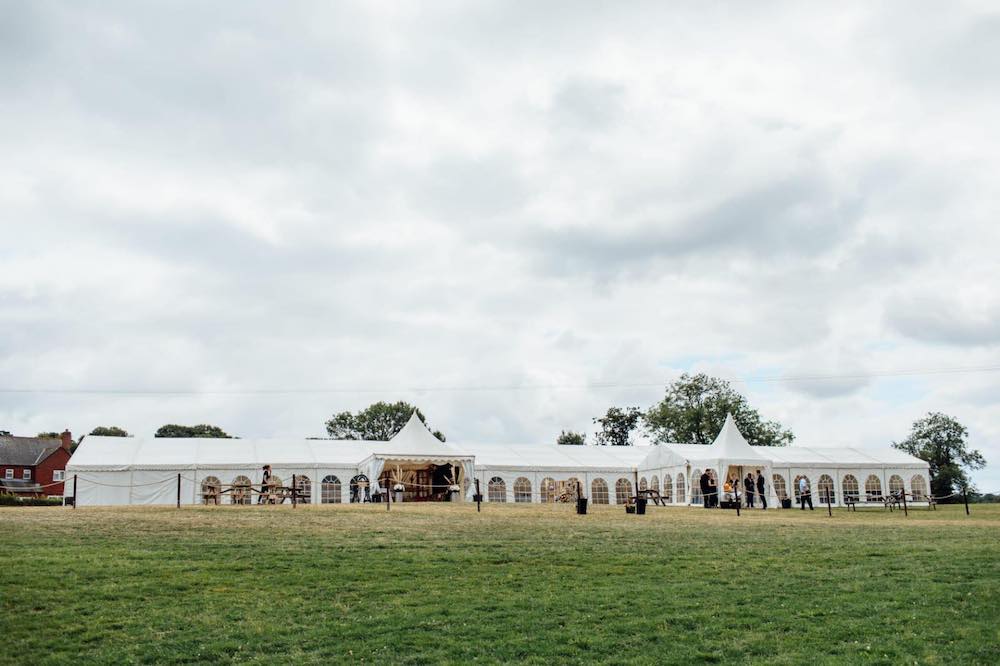 If you, like me, do like a marquee, then this has been a splendid summer in Powys.

From my rather less than triumphant debut as a steward in the Horticulture Tent at the Royal Welsh to my stints as a Horse Ring Announcer at the gloriously returned local shows, I seem to have spent the best part of the summer under canvas, to say nothing of a quick trip over the county line to sample the delights of the Tŷ Gwerin at the National Eisteddfod.

Yet none of these festivals, large or small, can complete with the strategic deployment of marquees at a Montgomeryshire farm wedding.

The unique glory of the Montgomeryshire landscape is its variety, with almost every turn in the serpentine lanes revealing a new vista: this summer, the reveal has often featured a block of startling white, as bright in the tawny fields as an errant iceberg.

Far from main transport routes, the best sites are on commanding heights from which, weather permitting, the farm of the bride’s parents and the farms of at least a third of the guests are visible, a 3D version of those treasured objects known as The Maps.

The problem, of course, with commanding heights is that they tend to be less than flat and not all the hessian matting in the world will prevent an uneven floor from being a serious threat to the already compromised upright status of those guests who have been on the beer since eleven a.m.

And it is not just the marquee itself which requires siting but the car park, caterer’s tents, generators and last but not least, the Portaloos, near but not too near. 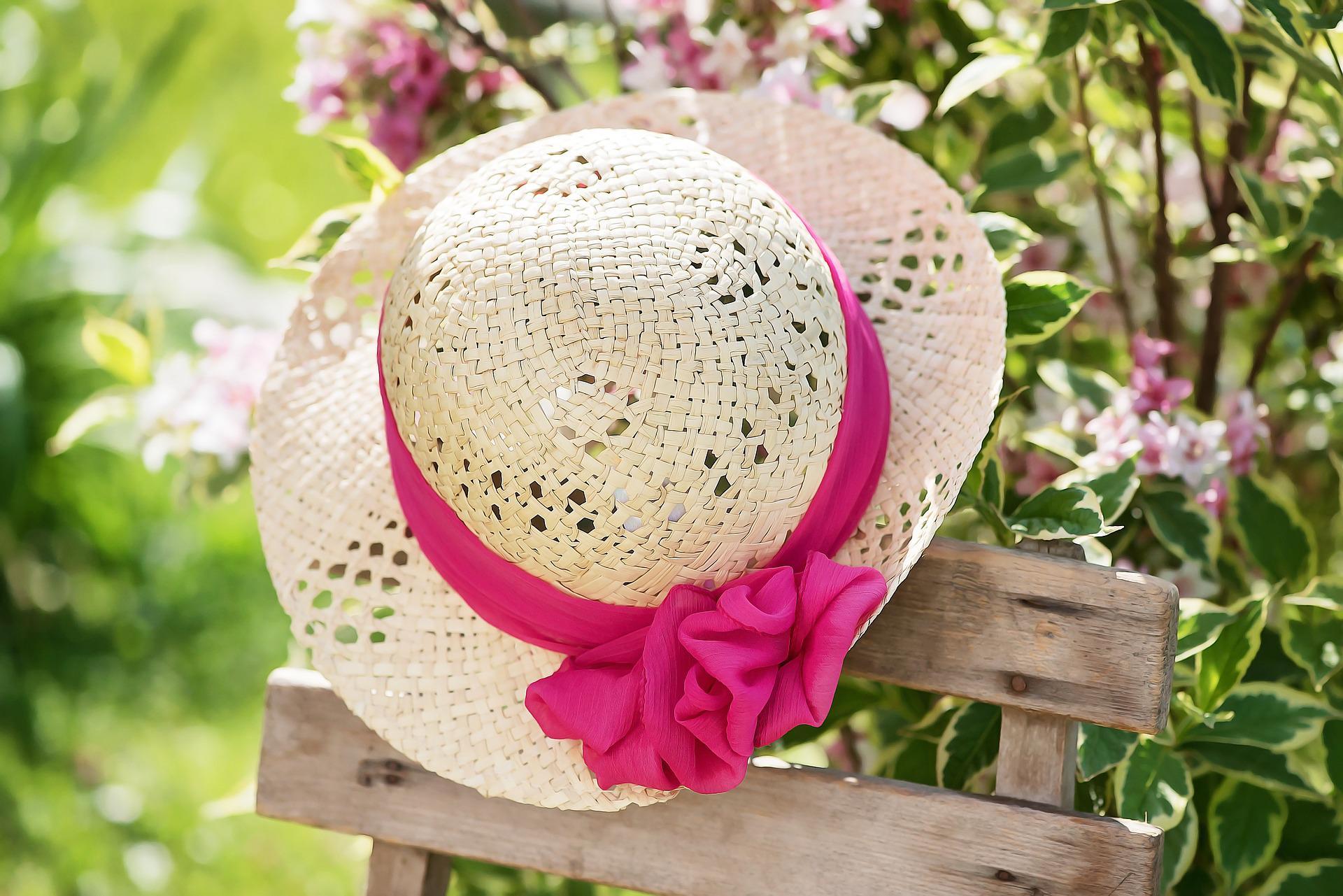 It must be said that as a normally practical and unassuming society, we do rather lose our heads about weddings. And those heads, of course, should be appropriately garnished, with hats, fascinators, the hippogriff which is the egregious hatinator and, making their first appearance this year, bejewelled headbands of a type so lustrous that Anne Boleyn might be moved to a tantrum of jealous rage.

A recent bride’s college friends who were, axiomatically, ‘from off’ were rumoured, whisper it but softly, to ‘not even know what a fascinator was,’ a state of Edenic innocence which could not be allowed to persist. If you are not sure you can carry off, either literally or metaphorically, a gleaming cartwheel of brightly coloured straw, you can always ask the charming hat hire girl, giving the name of the farm, rather than the bride. ‘If it’s for the Nantmelyn wedding,’ she will say, proffering an item wider than my car, ‘you’ll have to go large or go home.’

Going home wasn’t an option, especially as that particularly thoughtful bride had provided me with a blind date for the day, a blithe and amiable breeder of pedigree Lleyns, so I went large.

This summer, the dam of COVID postponements has well and truly burst, with Friday and Saturday both being wedding days, Sunday being reserved for the charity function which relieves the hosts of the need to pay VAT on the marquee hire. This nuptial fever has meant that not only caterers and florists are busier than ever but it has proved to be bumper season for the mischief makers.

It is a tradition which has been thoroughly researched, this practice of creating havoc at a bride’s home the night before her wedding and its roots are said to stretch back to Iron Age tribes’ adherence to marriage by capture.

Those distant ancestors of the current generation of pranksters must have found their capacity to cause chaos was strictly limited by their lack of kit. Nowadays, as well as the sheep marker spray for writing ‘Are you sure, Gareth?’ and ‘Not too late to change your mind, Soph?’ in foot long letters on the road, the boon companions of the groom will have chainsaws, paintballing ‘guns’ and whatever other hellish contraptions the internet has to offer.

There are cycles to mischief making, upsurges and reactions but the highly annoying, destructive business is never quite abandoned. Several of the ample waist-coated fathers complaining vociferously about pre-nuptial vandalism were famous harbingers of chaos in their day and more than one groom-to-be has been carried away by the comedic opportunities afforded by a friend’s wedding, forgetting that his wildness will be repaid, in spades, when his own big day arrives.

And so, in a blur of hats and hell-raising, clannishness and post COVID exuberance, we stand under the awning, finery whipped by the sort of wind which never really drops when you get over eight hundred feet above sea level.

We’re all so delighted to see each other and no-one says what everyone feels, the indescribable buzz of belonging. I’m just about succeeding not to say anything political but I’m acutely aware that we are an unfashionable sort of human, speakers of community Welsh, proud breeders of the cattle we are told are wrecking the planet, people who value continuity above novelty and let’s be honest, there are plenty of Brexiteers, young and old, propping up the bar.

And as I drop my card in the wooden crate the bride has painted in shabby chic style, I can’t help thinking that replacing these people with trees would be a damned shame but I comfort myself as I overhear snatches of reports of the previous night’s outrages from gloriously carnationed young men, that we would, as might be said, take some fair bit of shifting.