Liam Gallagher is to play a massive open-air show in Cardiff Bay.

The gig, which will be the final date of his outdoor summer tour will be staged at Alexandra Head  this September.

It’s been quite the summer so far for the the former Oasis frontman and there’s more to come with his third studio album ‘C’mon You Know’ out this Friday (May 27) and two already sold-out Knebworth Park shows, culminating with his gig at Cardiff Bay on Thursday, September 15.

The Cardiff gig announcement comes a day before a brand new documentary is aired which follows Liam and his sons, Lennon and Gene, as they spend 48 hours in the Welsh countryside. Liam Gallagher 48 Hours at Rockfield, which will air on Sky on Tuesday, May 24, will give viewers unparalleled access to the world renowned rockstar, as he heads to the famous Rockfield Studios in Monmouthshire with Lennon and Gene. 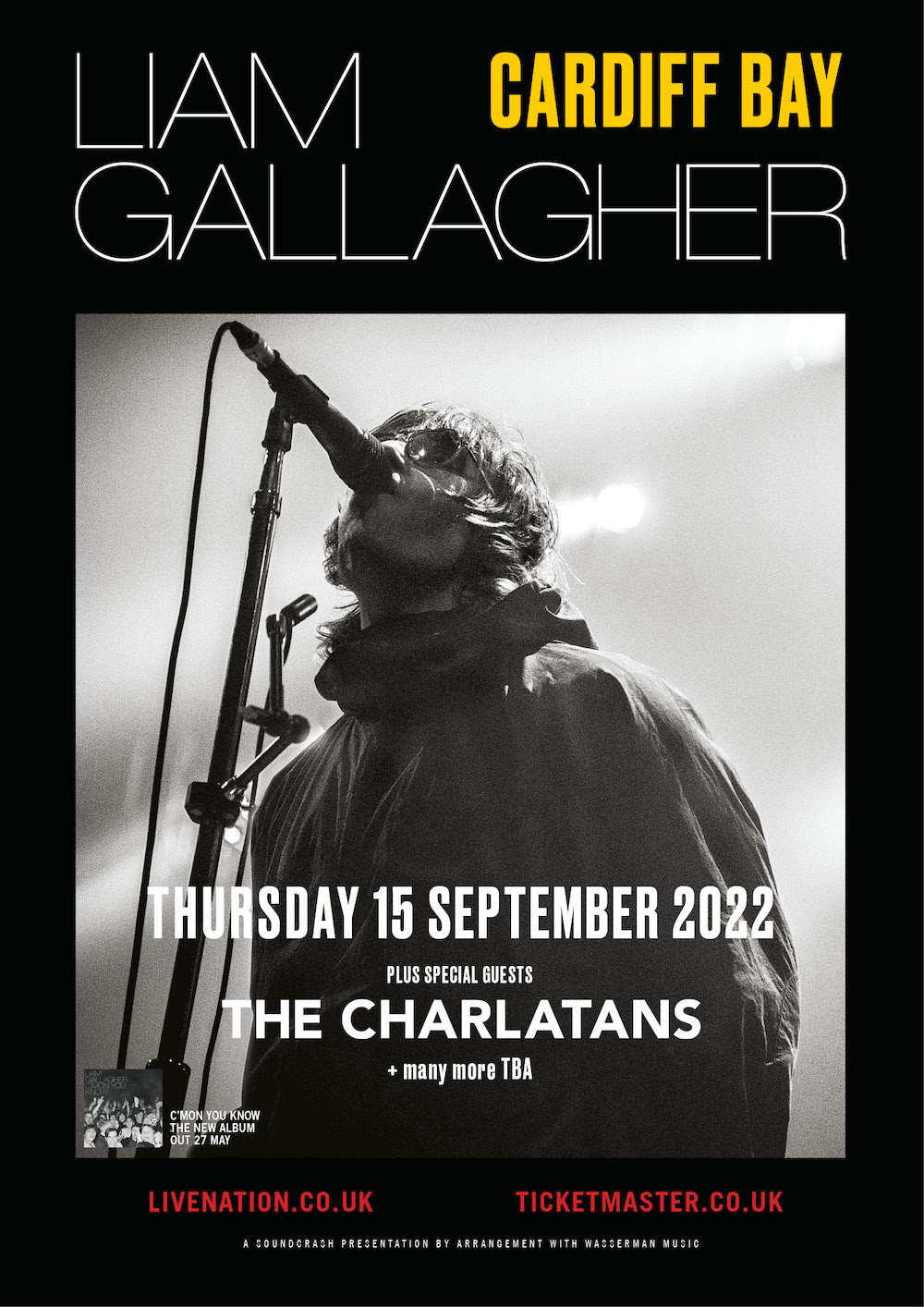 Liam will be joined by very special guests The Charlatans with more acts to be announced soon.

Tickets go on sale Friday 27th May at 10am via LiveNation.co.uk

However if you pre-order ‘C’Mon You Know’ from the official store HERE by 3pm on Tuesday, May 24, you can get early access to tickets in the pre-sale which starts at 10am on Wednesday, May 25.