She’s one of the biggest stars on TV, but we will soon see Vicky McClure taking on a new role – as a DJ.

The actress who plays Kate Fleming in Line of Duty will be appearing behind the decks at Merthyr Football Club on Bank Holiday Sunday, May 1.

And it will be something of a family affair, as she’ll appear spinning the platters that matter with her fiance, the TalkSport radio presenter and filmmaker Jonny Owen, and his daughter Katie Owen – one of the most in-demand DJs in the UK right now 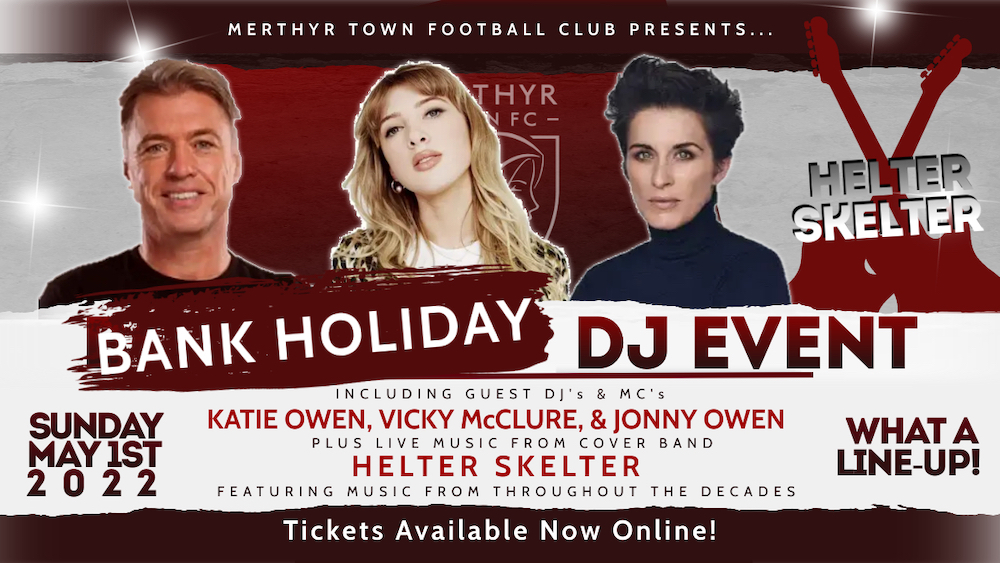 There will also be live music spanning the decades from Helter Skelter.

The event was originally scheduled for Boxing Day last year, but was postponed due to Covid restrictions in Wales.

Vicky and Jonny are big Merthyr fans. The name of their production company BYO Films, feature on the club’s shorts as part of a sponsorship deal.

All proceeds from the event spread across two floors at Merthyr Town will go to the football club.

We are yet to confirm if Vicky will be playing ‘Watching The Detectives’, ‘Caught By The Fuzz’, ‘I Fought The Law’ or anything by The Police. (Sorry).

Tickets can only be purchased via See Tickets HERE