Florence Black have long been touted as ones to watch.

The Merthyr rock band have worked diligently building up a profile and gaining plaudits from such rock heavyweights as AC/DC, Skindred, Stone Sour and Slipknot.

They look set to scale similar lofty rock echelons after guitarist Tristan Thomas was this week named the Best New Guitarist in the World.

Awarded the accolade by musicians industry website Music Radar, the prodigious young talent saw off competition from 15 shortlisted guitarists to pick up the title after a global vote.

It’s a sure sign of how far the band – who recently released their long-awaited debut album ‘Weight Of The World’ – have come in the five years they’ve been together. 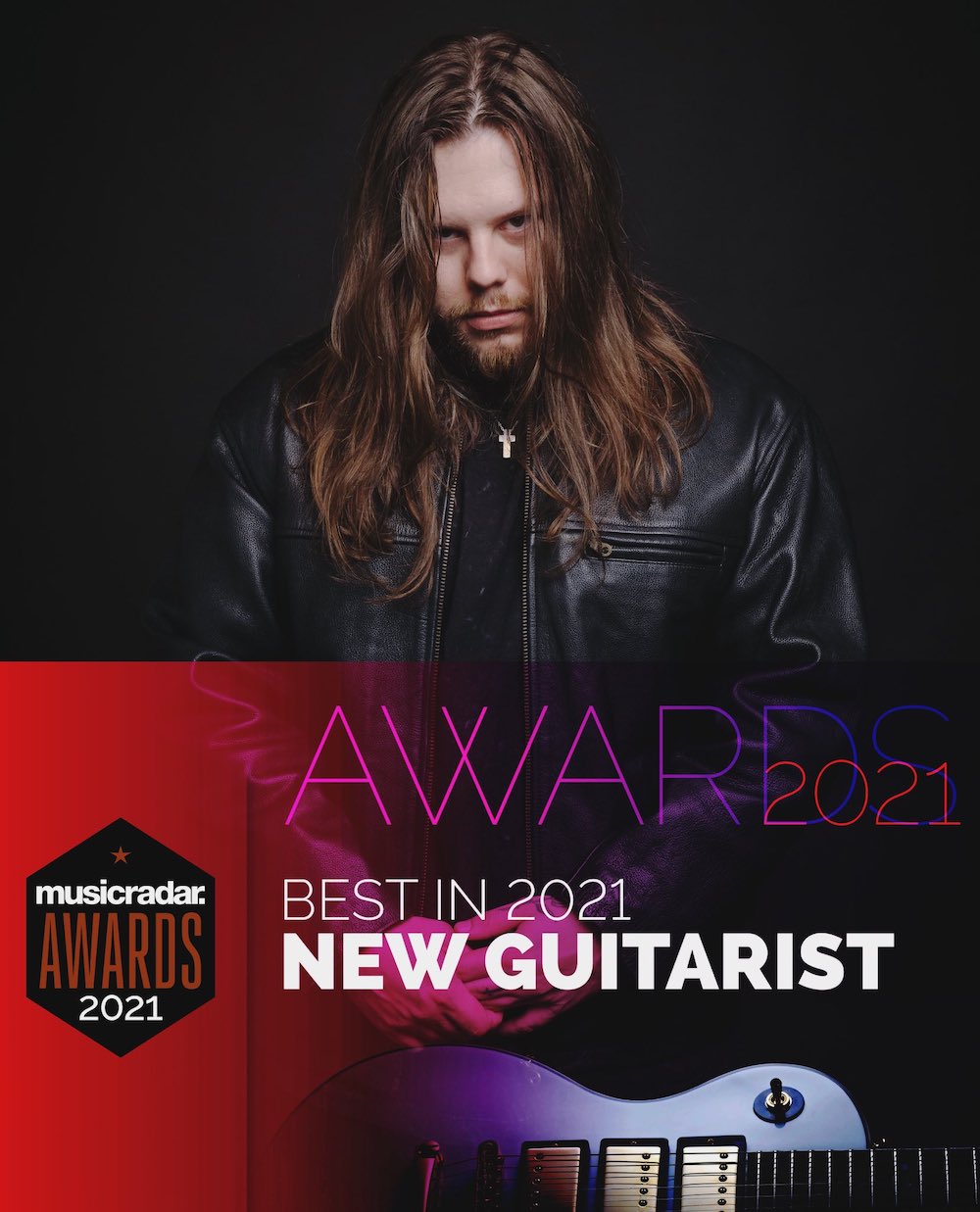 “When I was nominated for the award it totally took me by surprise when I saw it,” he says. “Then when they announced the winner, I honestly couldn’t believe it. It’s a very special feeling to be given the award.”

Even when he was shortlisted the musician didn’t think he would pick up the award.

“Music Radar have been watching our band for sometime now, so they must have got hold of the album when it came out and liked my guitar work,” says Tristan. “It was so pleasing to find out I was even nominated for the award, but to be honest I didn’t think I had a chance. There’s some big names on there with massive followings globally. But there’s some people on the list who are new to me too, so I will be checking their music out for sure.”

When he found out he’d won, the axeman made sure he celebrated in time honoured tradition.

“I was at home when I found out about it,” he says. “I went for a few beers and celebrated with my mates, I think I’m still hungover actually.”

Now Tristan is hoping that his weighty title will open doors with potential endorsements and more.

“Hopefully yes, so Gibson if you are reading this, you know what to do,” he laughs. “But yes I think this will open some doors for the band definitely. I’m looking forward to what the future brings.”

With their debut album out and a lengthy tour lined up for next year, the future looks bright for the talented rock band.

“The album had been so long in the making, and we held on to it for some time because we wanted to have a solid fan base behind us before we dropped it,” says Tristan. “It reached #6 in the official UK rock charts too which was a big deal for us as an unsigned band.

“Now we want to tour the world, write music for the masses and just enjoy the ride.”

To find out more about the band, buy their album and book tickets for their upcoming dates visit their website HERE

We get as frothy-mouthed as any when it comes to the guitar icons of times past, yet there has been an absolute wealth of exciting new players coming to the fore in the past year.

Our list pulls together a small sample of the guitarists that we think are bringing something new, interesting and exciting to the craft. All of the players on this list have been active or releasing music in the last 12 months.

Not all of them are on their first record, but this is about recognising those that have been breaking through and grabbing attention this year.

The future of guitar music is looking really exciting – and that’s not always been a given. The musicians on this list occupy the worlds of country, jazz, metal and pretty much everything in between.

The guitar has always thrived because of its ability to span all manner of musical applications and, in 2021, we’ve seen a group of players emerge who truly encompass the instrument’s wide-ranging potential…

Trust the Welsh to embrace this sort of thing 40 too late.

Best in the world? He can play I’ll give him that and he is good but the best in the world?
We should ask Guthrie Govin or Steve Vai or Richie Kotzen what they think. Lol

Absolute derivative nonsense, cant possibly be a guitarist to watch unless you’re literally staring back 20years and willing to cringe your nuts off.
Big up the welsh bands though!! Still better than joe bonamassa.

Now that is a good look … and is inspired by Dimebag! I gotta check this band out 🤘

Following in a long tradition, no harm in that…