On first appearance they may seem like unlikely allies.

One a folk-loving MP, the other a founding member of one of the most notorious bands in history.

While the politician and the punk has a nice ring to it and certainly seves its purposes when it comes to hanging a story on a particular peg, the reality is that Cardiff West MP Kevin Brennan and former Sex Pistol Glen Matlock are both musicians dedicated to their art. It’s just that one has slightly more time to dedicate to it than the other.

While the original Sex Pistols bass player has carved out a decades long career in rock ‘n’ roll releasing his own albums and as a gun for hire for many others, the MP has recently released his debut solo album – ‘The Clown and The Cigarette Girl’.

The album’s title comes from an image of the politician and his sister Nuala in fancy dress as children in the image that adorns the front cover. It’s an album brim full of mellow acoustics and gentle folk vibes all underpinned with a joyful melodic intent. 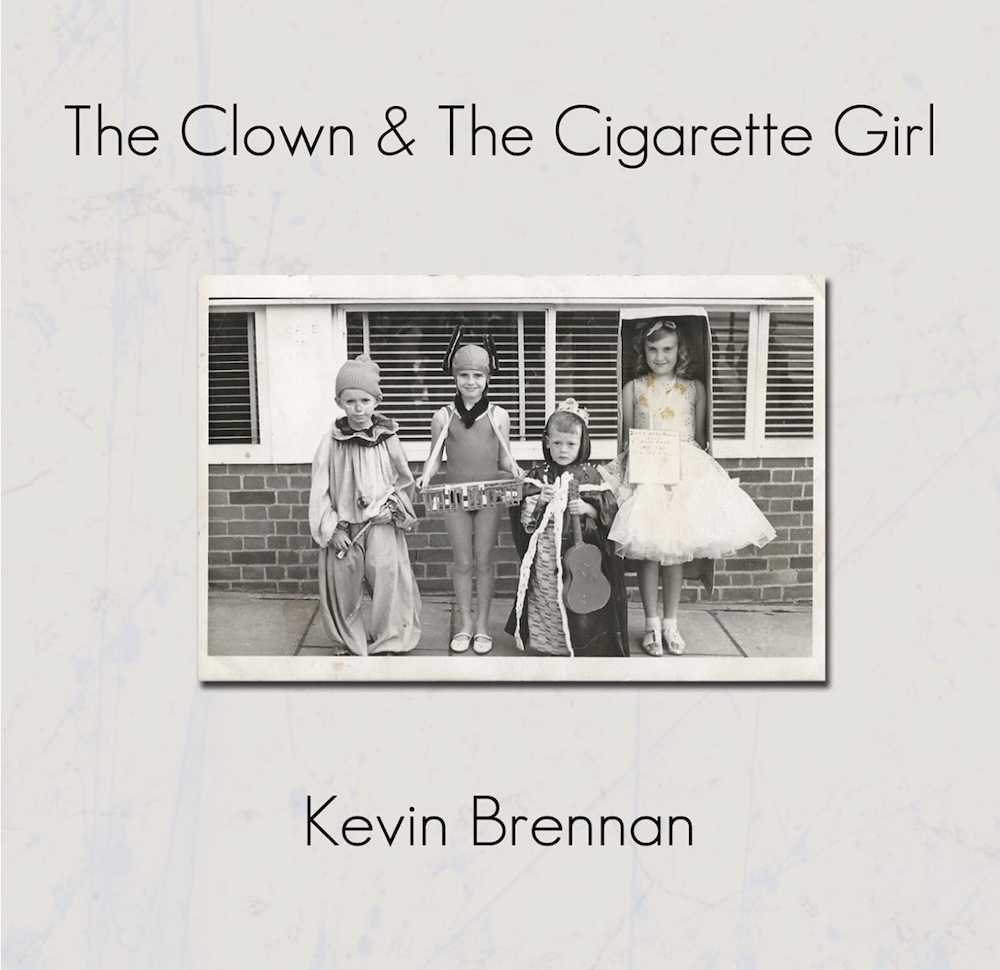 As sounds go it couldn’t be much further away from The Pistols’ angry opus ‘Never Mind The Bollocks’ and Matlock’s love of supercharged rock ‘n’ roll. Nevertheless, these two very different musicians have become firm friends, with Matlock offering to play bass on Brennan’s album and becoming a member of his live band.

“Glen and I became friends through campaigning a few years ago on the issue of airlines refusing to allow musicians to take instruments on planes,” says Brennan, picking up the story of how they met. “Instruments get thrown in the hold and then they get wrecked by not being treated properly. So, we were campaigning on that and became friends. And when he heard I was making the album, he asked me if I wanted him to play on the record. Which was incredible.”

When I proffer that I didn’t particularly have Glen Matlock down as a folk fan and ask if the former punk firebrand has always harboured a secret love of folk, Brennan laughs.

“I wouldn’t say, a secret love, no. He’s always liked melodic music, and he has a very wide appreciation of music. And, of course he’s a very talented musician himself.

“He’s known for rock and roll and I think he would cite people like The Faces and people like that as the kind of bands he liked growing up,, which I loved as well. But all music is connected, essentially. It all comes from the same place. It’s just the instruments you use and the pace you play at and so on. But ultimately, you’re talking about songs that are driven by melody and lyrics and riffs and rhythms and and I think that Glenn was always somebody who was interested in a wider range of music than just what he did with the Pistols.”

The MP still admits to having to pinch himself that such a vaunted name as Matlock not only plays on his solo album but forms part of his live band.

“When you make music, you always think to yourself, is it any good?” he says. “ I wouldn’t have done it without the encouragement of other musicians. The fact that they all bought into the material really liked it and enjoyed doing it is the important thing, but yes you do sometimes think wow I’m playing with Glen Matlock, Rock and Roll Hall of Fame, a legend of British music history, but then again, musicians are musicians. If they like playing something then once you’re playing together you’re a band of equals.”

Brennan’s music is strongly influenced by his background and upbringing. His Irish father Michael was born in West Cork and his mother Beryl is a miner’s daughter from Nantyglo in the South Wales valleys.

The Brennan home in Cwmbran was full of music from both traditions, and he and his sister were regular performers at folk clubs across South Wales. Later, whilst working as a teacher in Cardiff, Brennan was also a member of Welsh folk dance band Cadlan – a regular feature of twmpath and ceilidh dances across South and West Wales in the 1980s.

That’s not to say the young Brennan wasn’t immune to rock ‘n’ roll.

He tells me David Bowie was the artist that first flicked a switch for him musically, “an eye opening moment for a lot of us of my generation,’ he says. While he was swept up in the punk movement and the anti-establishment stance it offered.

“I had Never Mind The Bollocks when it came out,” he recalls of The Sex Pistols infamous album on which Glen Matlock co-wrote 10 of the 12 songs. “I liked the rebellion of it. The attitude towards establishment. I never saw them live, sadly. I missed the (infamous) gig at Caerphilly (which Matlock played).

“Two of my best friends were on the front cover of the Observer Magazine (for a cover story on the Pistols’ Caerphilly gig). One of the girls Josie Rafferty, her father Tommy was one of my dad’s big mates, and we used to hang out together in Cwmbran. That was a famous moment.

“I did though go to the Rock Against Racism gig at Victoria Park in London, when I was in sixth form and a group of us went up to see The Clash. It was a very exciting moment. In music and in youth culture.”

“It certainly fitted in with my point of view at the time, that rebellious mindset wanting to change the world,” Brennan remembers. “I probably still am like that, but in a much older form,” he adds with a chuckle.

Already fired up politically, Brennan’s passion for fairness and justice led him into a career in politics. In 2001 he was elected to parliament as the Labour MP for Cardiff West, following in the footsteps of his great menor and former First Minister, the late Rhodri Morgan.

Often specialising in issues relating to culture in general, and the music industry in particular, he has been a strong advocate of musicians in Parliament and on the Digital, Culture, Media and Sport Select Committee.

As a committee member, he was at the forefront of the groundbreaking music streaming inquiry and resulting report that calls for a “complete reset” of the streaming model.

Describing himself as “a very proud member of the Musicians’ Union,” he combined with three other musician/politicians, including the SNP’s Pete Wishart formerly of Scottish folk/rock legends Runrig, to form MP4.

The band have helped raise over £1m for charity and have recorded an album, 2 EPs, and a charity single as a tribute to the late Jo Cox featuring KT Tunstall, David Gray, Rickie Wilson and Steve Harley, with Robin Millar producing.

So we come full circle to his debut solo album – a collection of songs many taking their cues from his childhood, others that were written some years ago, some that are more recent additions to his songwriting book – and in ‘Tabernacle Lane’, the first single taken from the album a song that is deeply personal to him.

It references the case of Mahmood Mattan who in 1952 was found guilty of the murder of Cardiff shopkeeper Lily Volpert. Mattan became the last man to be hanged (wrongfully as it proved) in Cardiff. A novel based on the same case, “The Fortune Men” by Nadifa Mohamed, was shortlisted for the Booker prize in September 2021.
​
“I wrote the song some years ago inspired by meeting Laura Mattan, the late widow of Mahmood, during the campaign to overturn his murder conviction posthumously,” says the MP. “The campaign eventually succeeded in 1998.”

Launching his solo album late last year at the 100 Club in London with a band that consisted of the album’s producer, Gerry Diver – a virtuoso fiddle, Pete Flood of folk giants Bellowhead on drums and Glen Matlock on bass guitar and singer/guitarist Anna Neale, he brings the same line up to the Welsh capital for the album’s launch in Cardiff tonight. 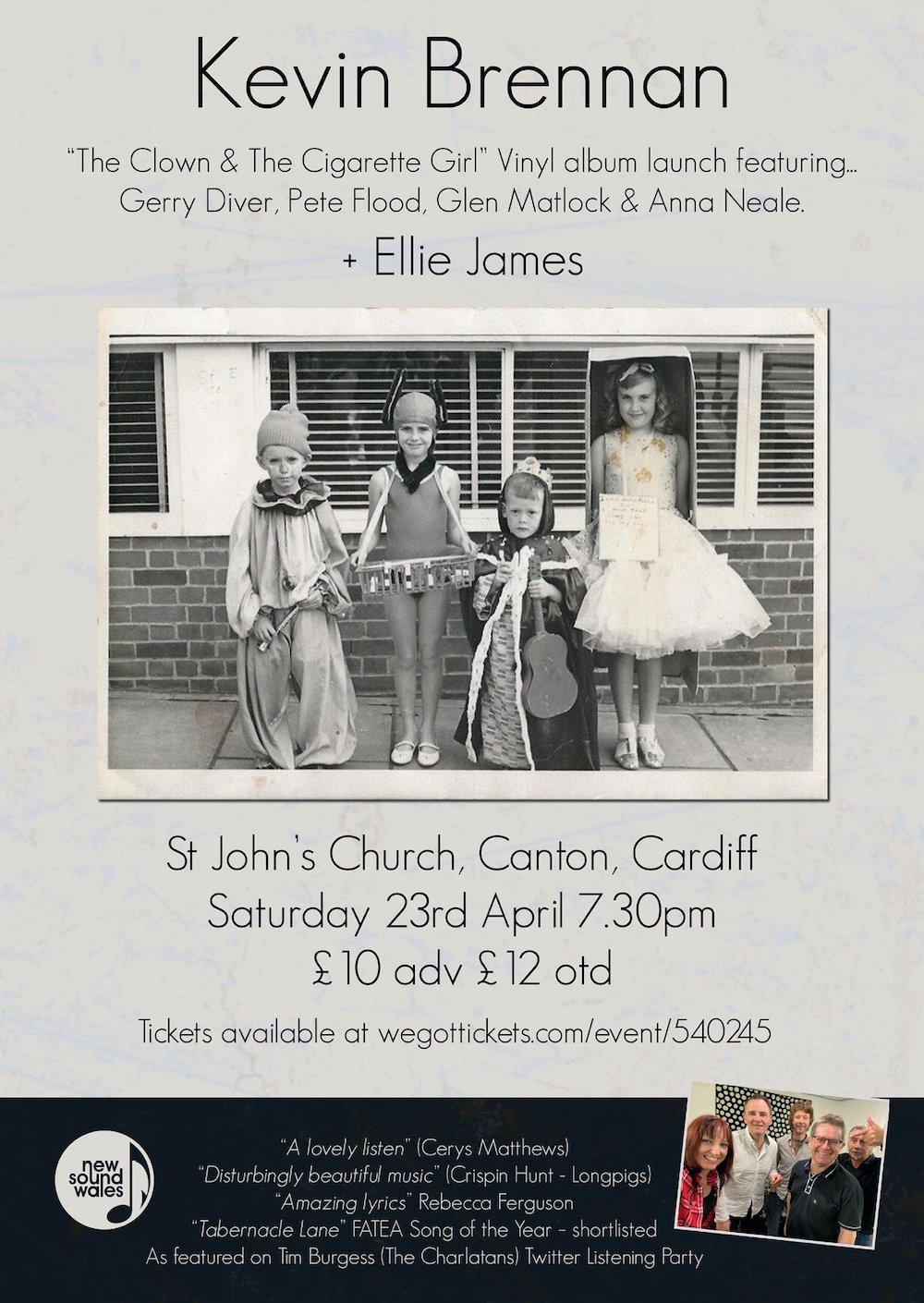 The gig in the ornate surrounds of St John’s Church, Canton, a venue that previously paid host to such famous artists as Patti Smith, is the perfect venue for the Cardiff West MP. Not only for its location within his constituency but also its fantastic acoustics.

“Doing what I do there are not many options when it comes to playing gigs,” he says. “So I thought it’d be nice to do one gig in Cardiff. I did one in London in October. And now there’s a vinyl version. of the album available, it will serve as the launch of the vinyl.

“We’ve got Ellie James, who’s supporting. She’s a very talented songwriter from Cardiff. I’ve known her since she was a teenager and I’ve always tried to sort of support her.

“St John’s has become a great little occasional gig venue. So yeah, I’m hoping that people will come along, it should be a really good night.”