One of Wales’ greatest entertainers Wyn Calvin has died

Wyn Calvin – the man dubbed the ‘Welsh prince of laughter’ and one of theatre’s greatest panto dames – has died at the age of 96.

The Welsh acting legend who counted Sir Ian McKellen, Ken Dodd and Bob Hope as great friends celebrated an astonishing 75 years in showbusiness back in 2020.

From variety bills to summer seasons, to concert tours and pantomime, with TV and radio in between, his life was dedicated to entertainment.

It wasn’t a case of who he worked with but who he hadn’t worked with. 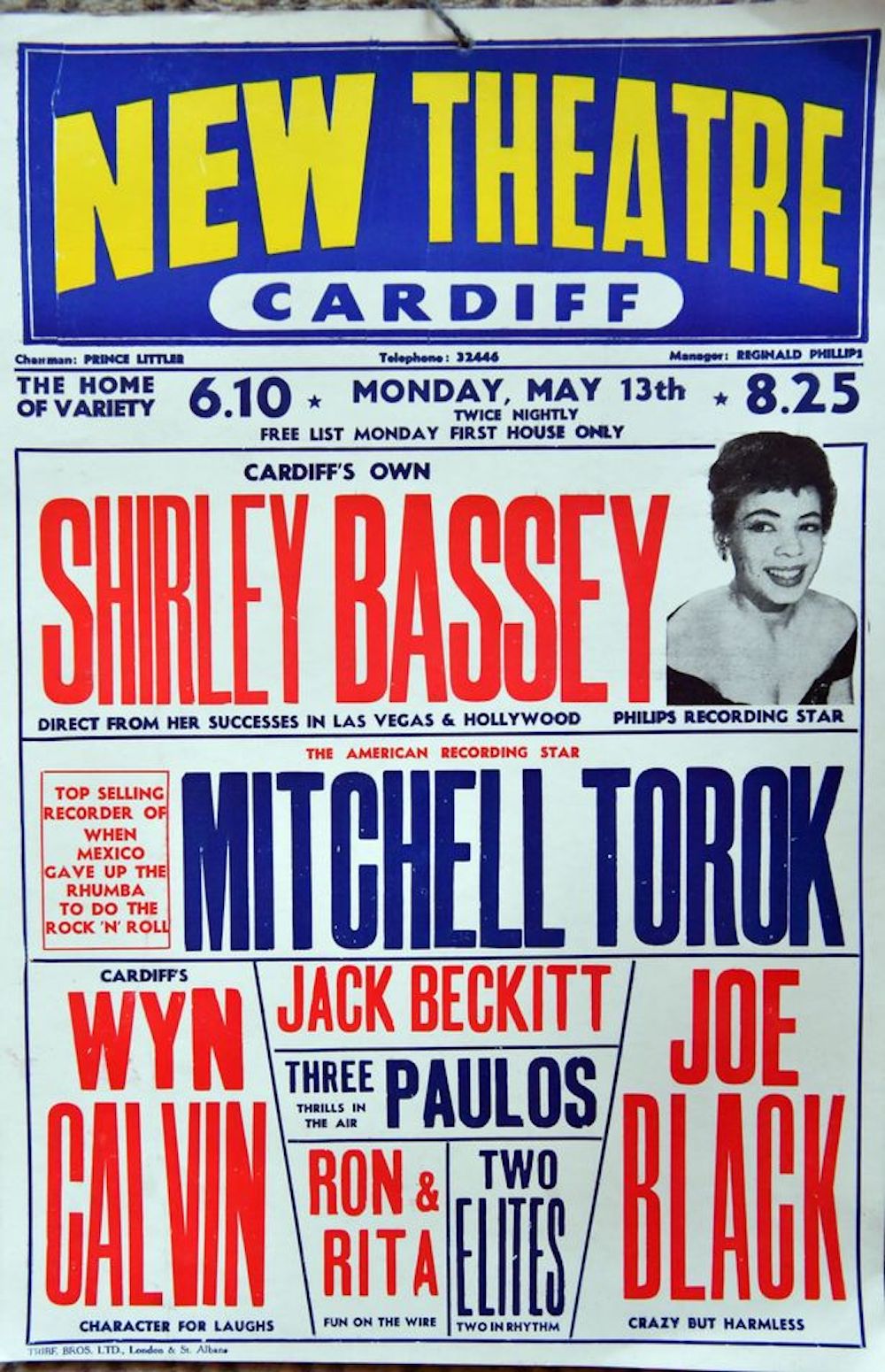 From early variety shows with Ken Dodd, Shirley Bassey and Morecambe and Wise to panto turns as the country’s favourite Widow Twankey, he played “mother” to the likes of Ken Dodd, Roy Hudd, Cilla Black, Frank Bruno, Harry Worth, Cannon and Ball and even The A-Team star, Mr T.

Such was his legendary panto status The Stage newspaper acclaimed him as “the Laurence Olivier of pantomime dames”.

The family uprooted to Cardiff when he was five and moved into the house where he had lived ever since. There he attended Kitchener Road Infants and then Canton High School, the building which is now Chapter Arts Centre.

His family were very religious, and the young Wyn found his performing feet at chapel concerts and recitals.

He then enlisted in the armed forces signing up to ENSA (Entertainments National Service Association) to entertain the troops during World War II.

Returning to the UK, he went into weekly rep (repertory theatre) performing a different play every week around the UK.

His ascendancy was propelled by the popularity of radio, where he made his name on popular shows such as Welsh Rarebit and Workers’ Playtime. Welsh Rarebit was a pioneering comedy show recorded at the BBC’s studios, then on Park Place in Cardiff.

Each programme finished with the memorable musical sound of We’ll Keep A Welcome. The show ran until 1956.

Establishing himself on variety bills around the UK he excelled in the summer seasons – the seaside entertainment shows which were hugely popular for decades.

He attained top billing at Blackpool’s Central Pier Theatre for five consecutive seasons and he broke box-office records for seven seasons in Llandudno.

But it was always panto that was his first love and where he derived most joy entertaining generations of children and their families.

His first panto was in Reading in 1947 and he appeared in more than 50 pantos underline his prolific record and his love of the art form.

Wyn’s illustrious panto career led to quite the accolade, a seal of approval from theatrical royalty Sir Ian McKellen when, in 2003, he was asked by the actor to coach him in the art of playing Widow Twankey.

The pair became great friends and remained in touch. When Sir Ian came to the New Theatre in Cardiff in 2019 as part of his 80th birthday one-man show , he invited Wyn and his wife Carole to come along.

Throughout the years Wyn was a prolific and tireless supporter of many charities through organisations such as the Grand Order of Water Rats showbiz fraternity and the Variety Club of Great Britain.

Closer to home he was one of the founders of the campaign to build the Noah’s Ark Children’s Hospital for Wales.

During his time with the Water Rats he managed to get US showbiz legend Bob Hope inducted into the order after the pair hit it off when they met backstage at Hope’s show at St David’s Hall in Cardiff in the late 1980s.

Hope, whose mother was Welsh, visited her family home in Barry during his visit and struck up a keen friendship with Wyn, swapping Christmas cards and phone calls, until his death aged 100 in 2003.

Wyn married former dancer Carole in 1975. They were devoted to each other for 47 years.

In one of his last interviews with the Western Mail in 2020 he looked back on his 75 years in show business and reflected: “It’s been fascinating and I am so grateful to have worked with and become friendly with so many of the great stars of entertainment over those years.

“Looking at the business and remembering the names that suddenly appeared and equally suddenly disappeared, I’m reminded of the comment from Richard II when Shakespeare put words into the mouth of John O’Gaunt – ‘Sudden storms are short, small showers last long’.

“And I am grateful to be a small, but long-lasting shower.”

Wyn Calvin was a Welshman who lived his life with joy and enthusiasm, always with a thought for others.

If smiles were currency he would have been the richest man on earth. 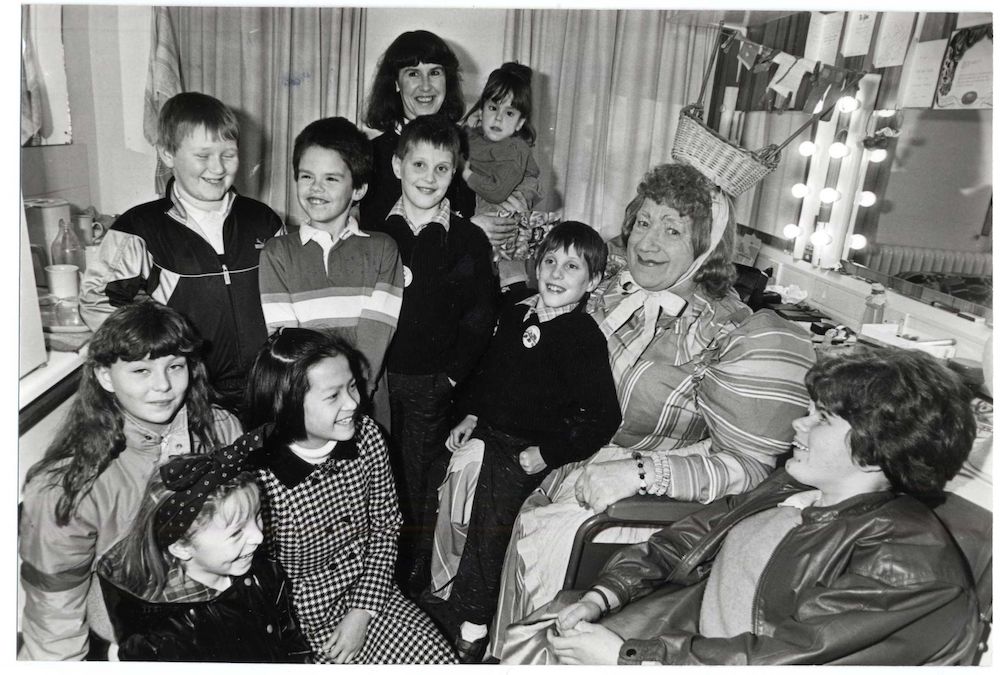 What a great tribute. His brother often preached at our chapel and shared many great storiea of his visits to Llandudno to see him.

It was my dad (mayor at the time) and town clerk, Thomas Hatton Leah who arranged the Arcadia “incident” with Wyn. Their plan worked! Wyn will always remain one of the great Welshmen.