There has never been a more difficult time to be a musician – especially for young artists taking the first tentative steps on their own personal musical journeys.

With the grassroots live music scene in lockdown and continued uncertainty over when it will be possible for venues to reopen, you can only feel sympathy for those musicians keen to make their mark.

Luckily, help is at hand in the form of a number of development schemes and funds especially tailored for young and emerging artists.

Alongside renowned programmes such as Horizons – a joint project between BBC Wales and the Arts Council of Wales and more recent additions such as the Anthem Fund, which is to establish a National Music Endowment for Wales, is Forté Project, an artist development scheme for emerging musicians in Wales.

Despite the difficulties facing the music industry, the Forté Project has expanded from its original South Wales reach to now cover the whole of Wales, while announcing nine new artists selected for its 2021 programme.

The young artists from across Wales chosen from a final selection process, who will receive mentoring and support are: Aderyn, Demise, Elina, Hermes, Kingkhan, Lewys, Mari Mathias, Mojo Jnr, and The Honest Poet.

In light of the ongoing pandemic, the programme looks a little different this year with the introduction of some Covid friendly workshops, including how to professionally live stream and record tracks at home as well as the introduction of a mental health support package delivered by Mental Health UK.

Despite the recent hardships faced by the music industry in Wales, Forté Project did not give up the fight in 2020 and as a result, has secured Arts Council of Wales and PRS Foundation funding, allowing the project to expand beyond its original South Wales regions for the first time and reach new artists across the country.

The chosen artists, aged between 16-25, will be given professional industry support designed to progress their early careers, during a six-month mentorship programme.

The programme has been shaped to suit a more Covid friendly way of working with all classes taking place digitally, and the addition of some new pandemic-proof lessons. Including, how to professionally live stream and record tracks at home, which is more important now than ever before.

On top of this, another new yet relevant aspect of the programme this year is working with Mental Health UK to deliver a digital mental health support package tailored to each act.

Forté Project’s Lead Officer, Spike Griffiths said: “Even though the past 12 months have been crushing for the music industry, it feels great to finally say that something good has emerged from such challenging times.

“It’s important that we adapt our ways of working to be relevant right now which is why we’ve introduced live streaming, home recording and mental health support packages for each artist.

“The new way of working has allowed us to expand outside of South Wales and discover the incredible quality of music emerging from Wales. Obviously, this all made things very difficult for the panel in the final selection process.”

Over five years, Forté has worked with more than 50 young artists to build their profile, generate opportunities and provide the necessary knowledge to help propel them into a career in the industry.

Having left home at 16 to become a drummer in a grunge band, welsh musician Aderyn recently released ‘Lucozade’ – her first single as a solo artist.

Inspired by artists such as Courtney Barnett and Soccer Mommy with a pop twist, expect raw, lo-fi indie pop, Aderyn started writing songs as a distraction from the excitement of life on a sheep farm in the Brecon Beacons. She found her sound through an amalgamation of playing drums in grunge and punk bands, and listening to too much Taylor Swift, until eventually the quirky, punchy pop sounds of Aderyn were born. 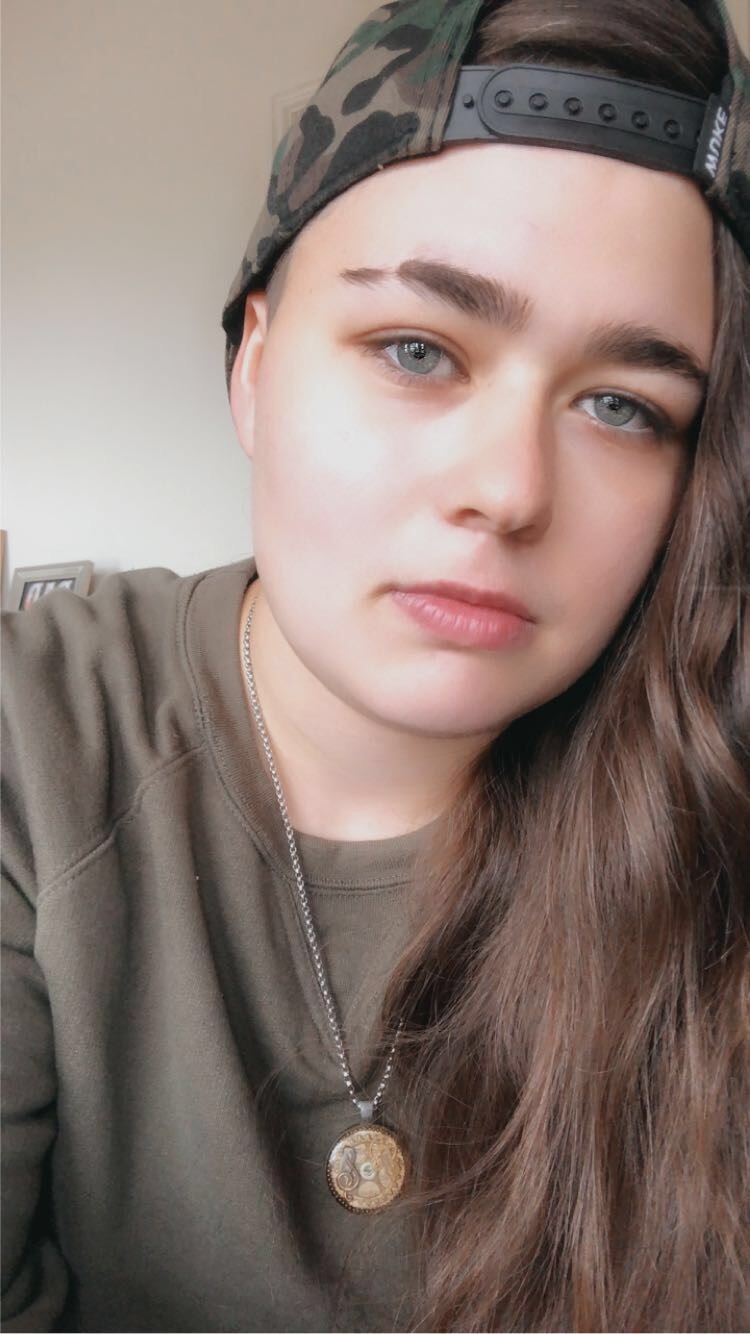 Hailing out of a small town in north Wales where big opportunities are very far and few between, Demzie is here to showcase that with enough passion and dedication you can achieve anything you truly desire.

The art of storytelling fused with creative wordplay, bizarre punch lines and detailed poetry are elements that shine through in Demzie’s music. A confident solo act who raps about real-life situations with beats ranging from old school hip hop to grime.

Elina is a self-taught producer and singer-songwriter out to prove that women can be a part of the whole musical process from the lyric writing and melody to the mixing and mastering of the track, since only 5% of the producers in the UK are women.

Since started songwriting for fun when she was 11, she has created 200 demos in a variety of genres, releasing four singles, two collaborations and a pending album in 2021.

Her inspiration mainly comes from thoughts and feelings, friends and other artists that push her forward by showing her you can create your own authentic art and share it with others.

Hemes is an exciting emerging artist born to both Arabic parents, her love for songwriting and poetry stemmed from a young age.

Based in Pontypridd, Hemes has collaborated with Welsh duo, ‘Two Of Us’ on Latin inspired track ‘Casual’ as a feature and co-write.

Her debut solo single, ‘Who Needs Love’ was released this October this year and has already landed support from BBC introducing Wales in the BBC Wales A- list and the Welsh mix by Bethan Elfyn.

Cardiff-based Kingkhan is an artist that exemplifies what it means to have a DIY work ethic in 2020.

From producing all of his own work and music for other artists, to filming and editing his music videos, Khan is truly dedicated to his craft.

With songs ranging from experimental dance pop to old school rap songs about skateboarding and growing up on an estate, his style is as distinctive as it is eclectic.

With his debut album ‘Happy To Be Here’ coming in 2021, Khan is continuing to develop his sound through experimenting with different genres.

Lewys Meredydd’s talent was evident from the demos he recorded at just 16, and clearly demonstrated his talent and passion for songwriting.

Over the past year, Lewys has formed a band, with all members now contributing to the writing as well as playing incredible live shows before they were put on hold.

Mari Mathias is a young welsh folk/indie singer-songwriter that brings a fresh contemporary sound to both traditional folk songs and original material.

She was born and brought up in West Wales and has developed her musical style having played with various bands throughout her teenage years, gaining wide recognition in the Welsh music scene.

Over recent years Mari Mathias has shared a stage as a support for the likes of Gruff Rhys and Meic Stevens. Her EP “Ysbryd y ty” was released at the beginning of the year, supported by JIGCAL Records having won BBC Brwydr y Bandiau at the National Eisteddfod.

Pairing the dreamiest of summer soundscapes, with husky vocal musings, he has a deep and unique approach to indie-pop.

Utilising a vibrant spectrum of personal experience, he’s keen to share his colourful musical universe with the world.

The Honest Poet is a South Wales based singer/songwriter, who has unique soulful vocals which emanate raw emotion.

Drawing his inspiration from his life, he cultivates each lyrical story from an honest viewpoint. Poetry plays a significant role throughout the entirety of THP’s music, infusing hip hop, spoken word and soul combining with open and honest lyrics.

Find out more via: www.forteproject.co.uk