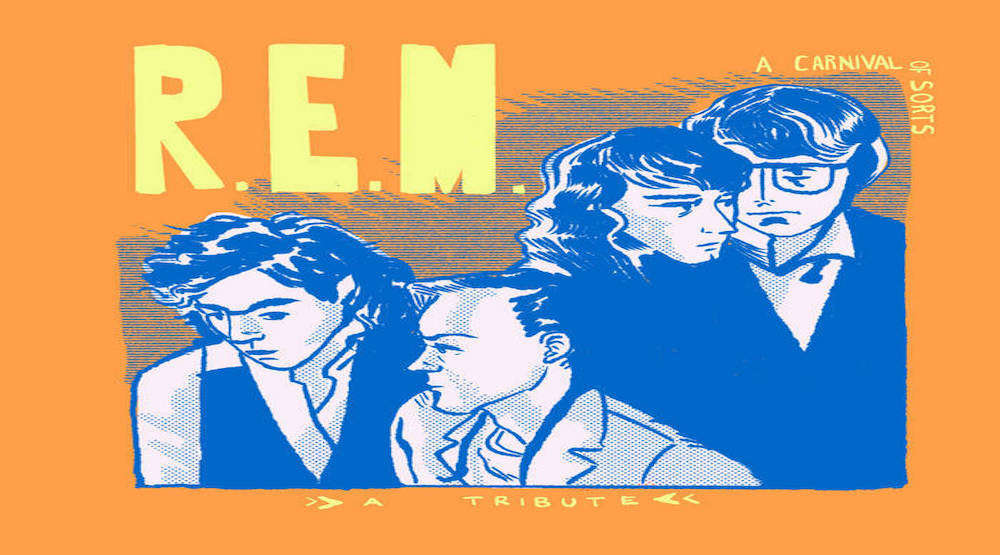 A charity album that pays tribute to R.E.M. put together by a Welsh music journalist has received the seal of approval from the rock giants themselves.

The R.E.M. covers compilation called ‘A Carnival of Sorts’ is released on Friday to celebrate the band’s fortieth anniversary.

The album features 40 covers for six pounds with all profits in aid of Help Musicians.

Bill Cummings, editor of Cardiff-based music website http://www.godisinthetvzine.co.uk has curated the release with artists from Wales and beyond contributing their takes on R.E.M.’s sizeable back catalogue.

So positive has the reaction been from fans of the band to the charity compilation that Michael Stipe, Peter Buck, and Bill Berry themselves have given their own positive seal of approval.

😮 Not sure what to say really. We’ve had incredible support from @remhq and now the band have heard it. Wow. Thank you so much for all the support from everybody. Its been amazing. And if you haven’t preordered yet, please do, it’s a brilliant compilation with brilliant versions pic.twitter.com/olDUrPNLAs

Posting to their thousands of fans on their Twitter account the band gave their unanimous verdict on the album:

“All of these renditions are noteworthy – enthusiastic thumbs up! So proud that younger groups got what we were goin’ for. Thanks” – Bill

“I’m listening now, and I’m blown away by the energy and voices that are coming through this project – what an honor!” – Michael

Responding to the band’s reaction, Bill Cummings said: “Not sure what to say really. We’ve had incredible support from @remhq and now the band have heard it. Wow. Thank you so much for all the support from everybody. It’s been amazing. And if you haven’t pre-ordered yet, please do, it’s a brilliant compilation with brilliant versions.”

He added: “The entire album is now available to purchase for a very reasonable £6 on Bandcamp and all profits will go to Help Musicians, who have done great work especially over the last few years funding musicians when they couldn’t tour due to the pandemic.

“If you pre-order now you will get four tracks to download instantly, including awesome covers by Desperate Journalist,  Taffy, Body in the Thames, and Celestial North.”

The eclectic 40 song strong tracklist was mostly recorded for the project, featuring artists from across the globe, from Wales, Athens, London, Edinburgh, Sweden, Japan, Australia and beyond – each act taking on R.E.M. in their own distinct styles, affectionately paying tribute to one of the most important alternative rock bands of our times.

“I am astounded and really pleased at the outcome,” said Bill. “There are superb versions of classic R.E.M. songs, in really unique styles.

“There are covers by The Darling Buds, Mark Morriss, Quivers, Bugeye, Ritual Cloak, Bandicoot, I,Doris, Aderyn, and many more.”

You can pre-order the album now via Bandcamp HERE