Review: Barry Island is a jaunty, accessible account of the so-called ‘Kingdom of the Chip’ 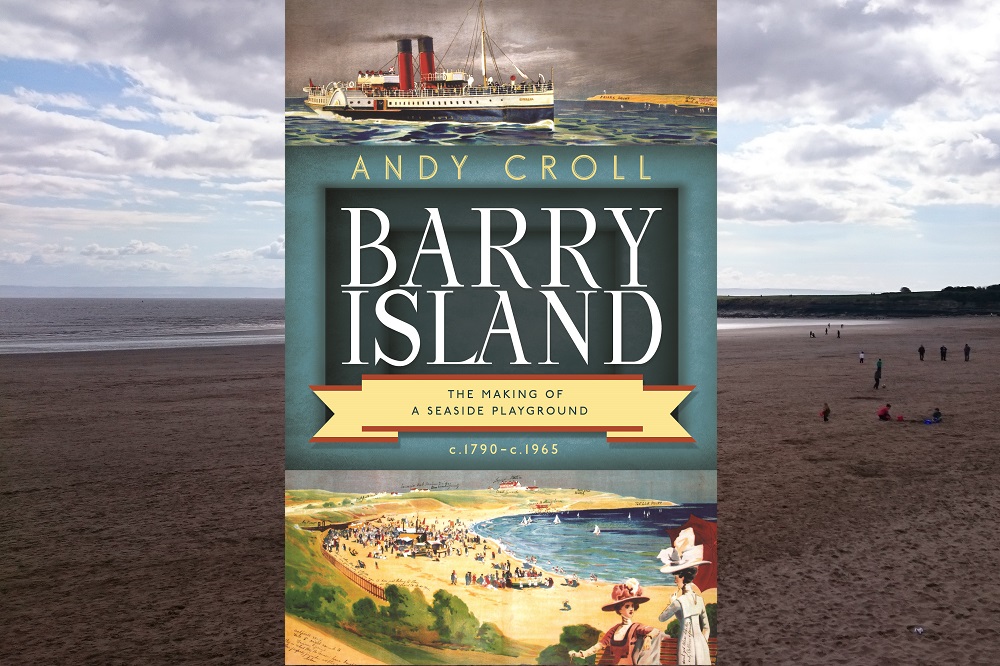 For the legions, sometimes millions of day-trippers who flocked to Barry Island it was a place of congested, wind-blown sand and expansive views.  A veritable magnet for the colliers of the hemmed-in, steep-sided south Wales valleys, in its heyday it attracted visitors from much further afield, as University of South Wales lecturer Croll tells us in this jaunty, accessible account of the resort.  Special trains carried visitors from places such as Birmingham, Birkenhead and Manchester, thus swelling the horde on the beach.  This could number as many as a quarter million trippers, as it did on the busiest day of the season in 1933.

A perennial problem was the fact that such visitors spent very little money on their day out, and of that only a tiny trickle reached the town of Barry itself.  Miners and their families had little to spare once they’d paid for the train, so expenditure was limited to perhaps an ice cream or a donkey ride, the latter being as popular with adults as children.

The pleasures of the beach were pretty simple, but no less compelling for that. As a newspaper report in the Cadoxton Journal put it, the colliers would stand at the edge of sea, entranced by the waves which would be ‘recalling them from their thoughts of hard labour in the mines and forges, to aspirations after the boundless freedom the ever-changing sea suggests.’

The book challenges the usual chronology of tourism in the place, suggesting it started as a simple bathing village  a good while before the 1880s, a usual marker in its history, when the place had one of its first major upswings. Just a decade earlier the map of the island showed just a farmhouse and a leech-pool.

The opening of the Marine Hotel in the late 1870s brought a welcome watering hole to Whitmore Bay.  Its owner, J.D.Treharne had more ambitious plans but they were dashed on the rocks, much as happened when the Vanduara ran aground in 1894, shedding thousands of tons of coke on the beach. Treharne’s vision of high-class villas, a music conservatory, archery butts and croquet lawns came to naught when a run of calamities damaged his other business interests.

One of the biggest obstacles to Barry Island’s progress was landowner Lord Windsor who banned people from Barry Island completely, reserving the headlands for partridge and rabbit shooting.  He wanted to concentrate on developing Penarth and so stymying a rival by banning trespassing holidaymakers was an effective block on its progress.

It was only when he started to develop his own home on Friars Point that he started to take a benign interest in Whitmore Bay and its hinterland, even though he was always interested in the dock and the money that could be made exporting the black diamonds of coal. But his ban of visitors is a fact often overlooked by other histories of the place which present him as a much more supportive figure.

But still the ‘Shonies from the hills’ came, despite the lack of amenities and the lack of shelter in the case of bad weather.  It took the inter-war depression to change that, when public works schemes for the unemployed led to the building of a seawall, a shelter and some shops, followed by a promenade, tennis courts and an enormous salt-water lido with a capacity of a million gallons. Luckily no one had heeded the advice of quack Doctor Whitfield Perkins who maintained that allowing young children to paddle in sea-water could lead to paralysis.

One of the consistent delights of this very readable volume about the so-called ‘Kingdom of the Chip’ is the plethora of snippets and engaging facts, which all add texture and colour.  We encounter, for instance, one Frank Todd, a local man who raced around the ‘Wall of Death’ not on a motorbike but rather in an Austin Seven. There was also the professional ‘faster’ Billie Brown who was sealed in a glass cabinet with just a bed, a supply of cigarettes, a portable wireless and a supply of mineral water,’ staying in there for sixty-seven days.

As Croll suggests the feat was especially appreciated by visitors from the coalfield because his ‘act came out of an experience that many found all too relatable’ many of them having lived through the deprivations of the depression which had particularly blighted valleys’ life.

The book charts many phases of development on the island, including the advent of sunbathing – and thus bathing suits – as a leisure activity and new kind of beachwear.  This new cult, with its public displays of flesh led to moral concern and sometimes censure sufficient to generate a national news’ story.  One Saturday, a local social purist took it upon himself to count the number of women showing bare legs and racked up an outrageous total of 128.

Such a display was not only ‘greatly criticised by some residents’ but shocked others to the extent that the sense of outrage was then amplified by the Daily Express.  It sent a reporter who duly interviewed a beachside ‘Cockney blonde’ who only made things worse by confessing that she was ‘very, very naughty, and I admit it…I have danced on the beach at midnight and you can say so.’

The visitors who enjoyed Barry Island were, in truth a remarkably respectable lot and despite there being a million visitors in 1936 not a single one appeared before the magistrates for drunkenness.  They all shared a fondness for the bracing air and the bright stretch of sand that, according to some, could easily compete with the Naples Bay for scenic splendour.

It is clear that Andy Croll is also enamoured of the place, as the book is shot through with a sense of fondness as well as the usual academic rigour and apparatus.  Having myself been there every other year on Sunday school trips throughout my childhood I certainly share that fondness, as will others who read the book.  It ends before Gavin and Stacey gave the place a new invigoration, itself proof that the story goes on, rising and falling like the lap of the waves on what was once described as the ‘golden casket’ on Barry’s doorstep.