Review: Jane Williams Ysgafell is a brisk and readable account of an unconventional Welsh Victorian 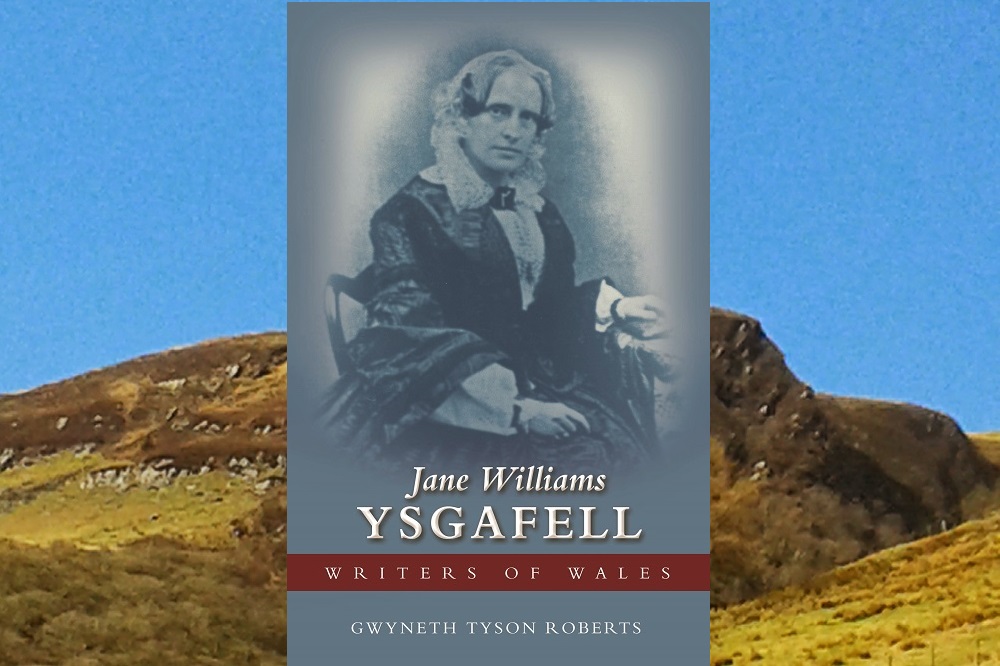 When the trio of Government Commissioners traipsed and trampled around Wales to inquire into the “State of Education in the Principality of Wales” their eventual report, which appeared in 1846-7, bound in blue leather added up to a scathing attack, impugning the moral character of the Welsh, attacking their literature and language and, to boot, the chapels they attended.

The so-called Blue Books sparked outrage and anger and one of the staunchest defenders of the Welsh people, and of their national identity was a lady’s maid, Jane Williams.  She replied with both barrels, producing a novel, Cambrian Tales that extolled the virtues of the Welsh and an excoriating pamphlet that criticised the Commissioners’ own command of language, or rather lack of it. Witheringly, Williams described their English as ‘pitiable,’ describing their grammar as ‘so poor’ that ‘ a set of exercises on grammatical errors might indeed be compiled…for the cautionary use of Welshmen studying the English language.’

Her demolition job was thorough in many respects. Where the Blue Books had sneered at a poor mother who sent her four children in quarterly turns to give each one a chance, Williams underlined the efforts such children would make simply to attend school:

Through all weathers, in winter’s cold and summer’s heat, through rain and wind, hail and snow, and thunder and lightning, crossing flooded brooks and rivers, by an unrailed plank, through roads which the Commissioners compare with ditches, along the faintly marked rhiw of the dreary and steep mountain wastes, over precipitous cliffs, which the Commissioners consider would be ‘highly dangerous for English children’, these ardent little creatures come, fearlessly and cheerfully, for miles to their schools.

Jane Williams, or to use her bardic name Ysgafell, was a fiercely intelligent and unconventional Welsh Victorian, whose work wasn’t easily pigeon-holed.  Born in Chelsea her family met financial misfortune and so she had to move to rural Breconshire, where she became a maid to  Augusta Hall, or Lady Llanover.  With her support Williams published a book of poetry, the first in a series of volumes she would produce at a steady and diligent work-rate for the next fifty years.  They included the ‘autobiography’ of Betsi Cadwaladr and a biography of the Welsh patriot and historian Carnhuanawc, which includes a lovely story about him as a boy studying the night stars.  Envying Isaac Newton’s telescope, he mused that if he had such a device he might be able to see Saturn and not just Llandrindod.

The books kept on coming. Jane Williams also penned her own history of Wales, and a history of women’s writing in English. One of the most intriguing of her titles was an account of a childhood game in which she and her siblings would create a miniaturised paper version of the society in which they lived, complete with a paper Bank of England, the House of Commons made out of the same material, not to mention paper law courts, cities and farms.

Her life and writing have perhaps been neglected, as Gwyneth Tyson Roberts suggests. because she had no powerful literary friends and also because she chose to write, in the main, about Wales, an unfashionable choice when so many of the arbiters of cultural taste lived in London.

This latest volume in the ‘Writers in Wales’ series gives us a brisk and readable account of Williams’ life but also pauses long enough to set her work in context, considering influences and opportunities while also highlighting some of her failings.

It’s certainly not a hagiography but you can sense the respect of the author for her subject’s achievements at a time when women weren’t meant to achieve in the literary world.

Jane Williams’ last work, the history of women writers involved four years of painstaking research at a time when Williams’ health was breaking down and she herself had moved back to Chelsea.  It wasn’t the swish, moneyed enclave of today but rather a place with a distillery, a white-lead factory and a waterworks which gathered waste from the sewers. But here she persevered, placing yet another volume on life’s bookshelf. It was a life that started in London, with a long and productive period in Wales and ended in the English capital.  As Tyson Roberts puts it ‘She could write about Wales from the perspective of someone who knew well the Welsh people, landscape, history, literature and language…and indeed regretted that she had not been born there, but when she visited London after thirty years away she enjoyed breathing her “native air” again.’

Straddling two cultures, resisting easy classification, Jane Williams knew both the rural poor and the landed gentry, wrote about fairies and Celtic lore almost in the same breath as marshalling Welsh history with a fierce regard for fact and the need for document.  This was itself fairly remarkable for a woman whose formal education had ended when she was fourteen years of age. But then she was remarkable, an intriguing, dedicatedly productive writer who fully deserves a brief moment in the sun and this welcome monograph with its many illuminations.