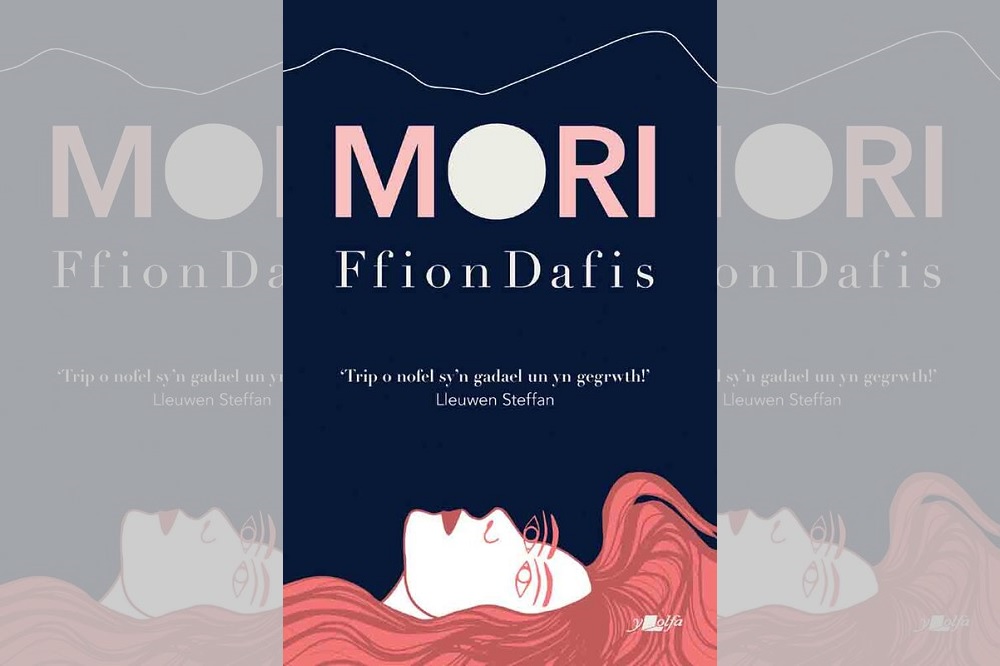 If you are sitting down to read Ffion Dafis’s ‘Mori’ for the first time, clear your diary and pour yourself a drink. Not wine, though – the copious amounts of Sauvignon Blanc downed by Mori, the novel’s eponymous protagonist, and the descriptions of sickening, remorse-inducing hangovers will leave your own liver aching in sympathy.

‘Mori’ is the story of Morfudd Powell, a bored, spoilt, and wealthy widow who spends her empty days spying on her neighbours, drinking excessively and stalking people via Facebook. A Facebook friend request from a black-haired beauty named Dyddgu piques her interest, and before long Mori has begun stalking her at her place of work, becoming involved in Dyddgu’s troubled life and her upcoming court case. As Dyddgu is likewise drawn to Morfudd she christens her ‘Mori’ and their two worlds collide.

Mali, Morfudd’s fatherless step-daughter, and Jano, Morfudd’s undutiful cleaner, begin to rake over Morfudd’s relationship with her dead husband, Dafydd. Mali, an aspiring lawyer, begins to piece together snippets of information surrounding her father’s untimely death; uncovering secrets which paint the entire cast of characters, including Mali’s beloved mother, in a less than flattering light.

Interspersed with this sleuthing are scenes showing Morfudd’s changing relationship with Dyddgu, and her battles with mental illness. Her intense, almost obsessive desire to help the younger woman forces Morfudd to revisit her own trauma.

Dafis portrays malice and cruelty unflinchingly, but never gratuitously. As the reader delves deeper and deeper into the darkest parts of Morfudd’s mind, and as Mali’s companions reveal yet another secret they’ve concealed about her father, the reader is left with the realisation that almost everything we thought we knew about Morfudd is wrong.

Mali, her mother, Jano and her husband Tony all view Morfudd through the male gaze of a patriarchal society, their own attitudes coloured by Dafydd’s treatment of her. Dyddgu presents Morfudd through the female gaze, and the reader is left to re-assess their initial response to her behaviour – or not. Morfudd is revealed as a woman more sinned against than sinning – but as the net begins to close around her, Morfudd’s actions become more and more unpredictable; and the novel twists and turns like a dark kaleidoscope, leaving the reader both eagerly anticipating and dreading the end.

Morfudd’s final actions can be interpreted as the actions of someone so mired in trauma that she has broken with reality; the spiteful actions of a possessive, obsessed woman; or as a final act of defiant mercy towards an abused friend.

One of the book’s tragedies is that Dafis’s continued focus on the deceptive nature of outward appearance, in public and through social media, leaves us in no doubt that Morfudd’s fate and reputation will be largely decided by those who wish to publicly revile her.

Only the younger generation, Dyddgu and possibly Mali, may try to understand and shine a light on the root causes of her immensely destructive and harmful behaviour.

The book reminds me of the 2020 film, ‘A Promising Young Woman’ starring Carey Mulligan, which also explores how society seeks to excuse men’s transgressions at the expense of women’s lives. ‘

Mori’ is a thought-provoking novel which has probably been widely debated in book clubs, owing to it winning Literature Wales’s Book of the Year 2022. If your book club hasn’t yet read it then please do so.

It deserves to be read, not just because it will provokes debate, but also because it’s a skilfully written page-turner that grabs you by the throat and holds you until the last sentence.