Review: Reparation is a clever, tense and convincing tale. 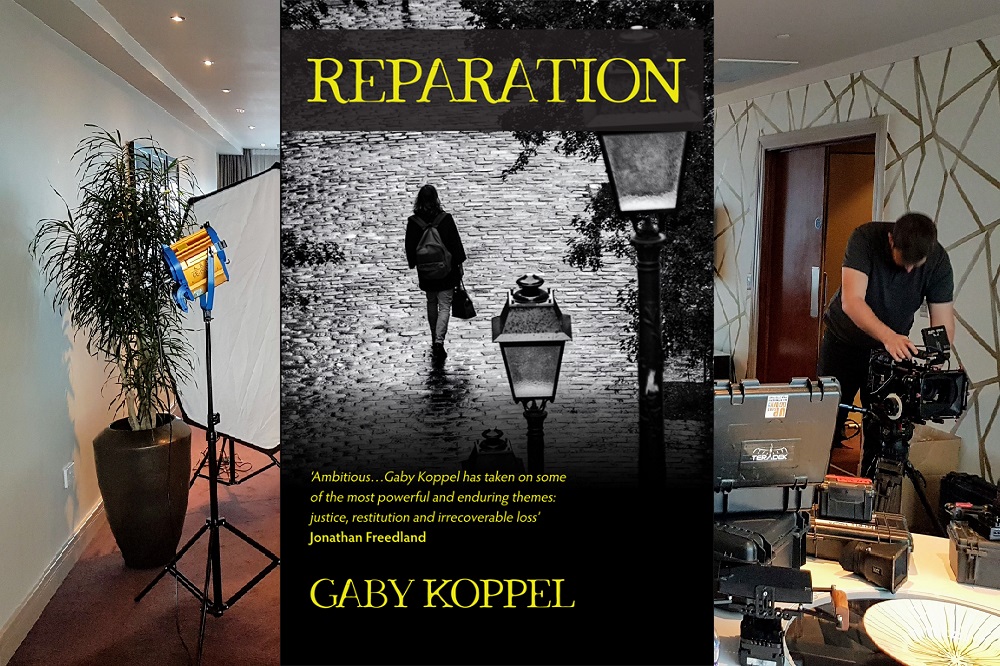 The heroine of Gaby Koppel’s debut book is Elizabeth, who works on a Crimewatch style programme for which she does the spade work and sorts out filmed reconstructions to jog the audience’s recall.  She’s on the verge of a big break, her own film to make but everything seems to conspire against her, not least her mother’s increasing dependence on alcohol.

This forces Elizabeth to spend many an hour on the M4, heading down to Cardiff where her mother Mutti lives.  When she’s back in London Elizabeth is trying to gain access to an orthodox Jewish community, sort out her relationship with insolvent photographer Dave and stop messing up in work. As if that didn’t make life seem much like a pressure cooker she also has a one night stand with a Jewish doctor, arranged by a professional matchmaker whose fees further dent her parents’ rapidly dwindling finances.

The novel is book-ended with a wartime atrocity by the Nazis in Budapest and in part the story is about her mother’s attempts to seek financial reparation for Hungary’s failure to protect her father, who was killed in front of her eyes.  But it’s also about the reparation between daughter and mother, especially after they’re thrown closer together after the unexpected death of her father from a heart attack.  The mother is exuberantly drawn, from her skills at arm wrestling to her ability to build maximum calorie yield in a Hungarian meal, while the world of TV is accurately arrayed, including the venality of the business itself, where programme makers are as keen to win awards as catch criminals.

There are some great individual scenes, such as Elizabeth’s hot date in the cinema with boyfriend Dave where they see a ‘three hour Iranian film about incest, shown in black and white.’

Another strong and stomach-clenching set piece is the one where Mutti has a few secretive drinks, and then some more before standing up in a party to deliver a jawdropper of a speech.  To exacerbate the situation it’s a formal party filled with the sort of emigres who have ‘all made a smooth segue from German formality to the stiff upper lip.’

Lurchingly, Mutti addresses the very devout Bernard, or Bernie in which she dares to questions his most fundamental adherences: “But why all the religion now, Bernie?  You got a message from God?  Maybe he told you to stop eating the ham and cream cheese sandwiches. And stop schtupping the cleaning lady while your wonderful wife is dying from cancer. Or is all this piety about guilt?”

Guilt is a fulcrum on which this novel turns, and as it progresses there are heinous crimes disinterred from the past, one of which explains Mutti’s distraught and enveloping sadness, which she tries to wash away with vodka.

There’s lots of sharp dialogue and telling detail conjuring up the Jewish communities and mores of London, the faded glories of Budapest and suburban Cardiff as well as deft brushstrokes to suggest the inner turmoil of Mutti as she tries to stifle the past.  Fortunately this is also redemptive novel, as some reparations come just in the nick of time in this clever, tense and convincing tale.

Reparation is published by Honno and can be bought here.