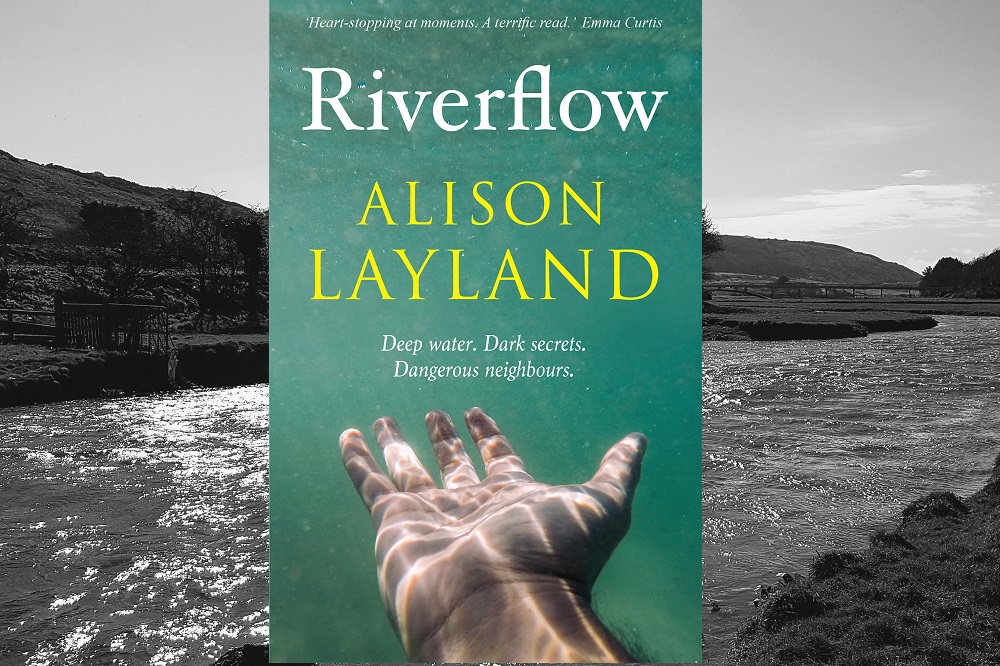 Bede and Elin live on their smallholding on the banks of the Severn. They aim for self-sufficiency, to walk as lightly on the Earth as they can, yet they are weighed down by past sorrows and mistakes, especially Bede. Family secrets are hidden, waiting to surface into their chosen way of life.

His uncle Joe took Bede in at a hard time. The novel opens after Joe has drowned and the story is saturated in grief for him. Joe himself hardly appears yet he is omnipresent both in the hearts of the two main characters and through the fragments of his diary shared with us at critical moments through the story.

Elin works in the local co-op and Bede does shifts in the pub. They grow a lot of their own food and tend a fidgety wind turbine for their power. Sometimes it’s a muddy, cold life but their love of planting and chopping, and for their village community shines through. Indeed, the scenes in pub and shop are among the most authentic in the book.

Their marriage has been unbalanced by Joe’s death and Elin’s patience is wearing thin. The two met in a protest camp, trying to stop a new road in the North of England, but they have committed themselves to ‘being the change’, to living sustainably, rather than sporadic demonstrations. Elin misses the camaraderie of direct action, especially as Bede withdraws into silence. When the neighbouring landowner applies for a fracking licence, their lives must change, but Bede is unwilling to step out of his rut. Soon enough, mysterious accidents begin and lives are in danger. Their isolation cannot last.

It’s a pleasure to find a climate fiction book rooted in the effort to live sustainably every day. The author recognises the compromises our values demand, even when a constant life of direct action is impossible. Those difficulties have been brought into sharp relief by increasing extreme weather and the activities of Extinction Rebellion. All too often such fiction asks us to follow in the steps of the heroic campaigning outsider, as in Neal Stevenson’s Zodiac. Instead Layland asks us to consider our car use, our food sourcing, the ways we heat our homes and power our devices.

At times, her urgency about the environment can feel somewhat heavy handed. Bede, in particular, justifies the epithets moody and self-righteous levelled at him by other characters. He becomes so self-absorbed it is no surprise when Elin heads off to join her friends at another camp even though Bede is recovering from injuries from a car accident.

Her departure allows the twists to tighten as Bede becomes more reckless. He is convinced that the fracking farmer is behind their problems. The determination which drives his ability to live out his values blinds him to the clues that trouble may come from elsewhere. Layland handles the suspense well, keeping us involved with the mystery and danger to the end.

Elin is Welsh and Bede is English (as their names suggest). Their story takes place in the borders: on the edges of mainstream society, in a pocket of rural opportunity, a village with a co-operative shop and a renewable energy business. Literally on the borders too: the Severn here is a rough but smallish river, not at its later majesty. Wales cannot be far away.

Bede broods on his failure to learn Welsh, and his inability to communicate with Elin in her first language. Otherwise, though, there is little connection to the country across the riverlands. How different would this story have been, I wonder, had it taken place primarily in Welsh-speaking Wales with Bede as the linguistic outsider. Would the effort to communicate have forced him out of his shell, or driven him further in?

Such a question is not only a plot point, interesting though that might be. The novel asks us to think about how we live our values, and how we share those with our surrounding communities. Bede and Elin spend plenty of time asserting environmentalism with the people around them, sometimes meeting incomprehension if not hostility. The language we use, the way we speak, are fundamental to leading that sort of change, so setting the novel in a multi-lingual context would have been an interesting further exploration.

Riverflow is a charming mystery, filled with love for the countryside alongside the grief both for loved individuals and the threats to rural beauty. We come to care for the people of the village, for Bede and Elin themselves, and wonder what happens to them after the present crisis is resolved. And, not least, the story leaves us exploring our own choices, and what new threats to our own environment may be just around the corner.

Riverflow is published by Honno and is available here.