Review: The Ancient Woods of South-East Wales by Oliver Rackham 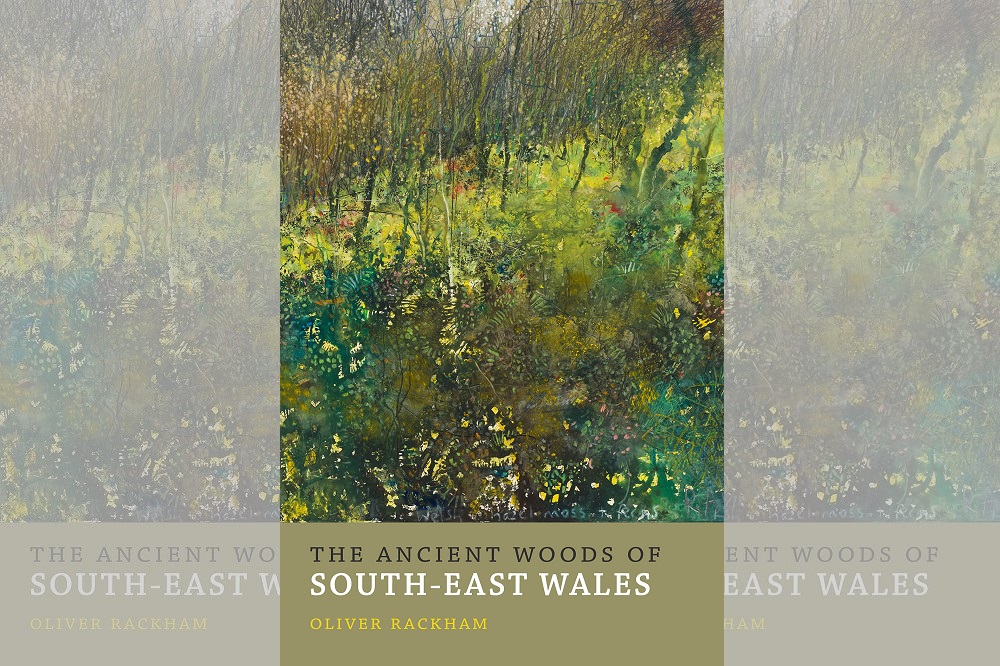 In Wales’ cultural imagination, the south-east is most often associated with industry and urban expansion, and while industry left a literally deep impression upon the land here, this is in fact ‘the more wooded end of Wales’.

This book brings together and completes Oliver Rackham’s study of south-east Wales’ ancient woodlands, begun in the 1980s and sadly unfinished at the time of his death.

Many will no doubt be surprised by the extent of these valuable habitats and ecosystems in post-industrial and marginal landscapes, and the unexpected ways in which woodlands record and reveal our history.

A study of woodland is a study of culture, because there are no woodlands in Wales that are not shaped by human activity, however remote they might be.

The woods of south-east Wales, and indeed Wales more generally, have their own special features. As the author states, ‘the Welsh attitude to woods seems different from other nations’.

In particular, there exists ‘a curious patchwork of fields and woods, without any sharp division between them… I shall call these “field-woods”, echoing the common Welsh place-name coedcae’.

This is certainly borne out by experience of wandering south-east Wales, and the preponderance of places containing the term coedcae.

In the same way that the Welsh word ffridd is used in English to describe another typically Welsh habitat, the indeterminate fringes between open moorland and managed fields, might this not be an opportunity establish the word coedcae to describe this unique mosaic of field and wood in Wales, often ‘a transitional zone between the enclosed lowlands and the uplands’?

One would, however, have to separate ffridd and coedcae more consistently, as they sometime merge into each other, both literally in the landscape and in language.

One of the many joys of this book is a sensitive attentiveness to language, and the literal reading of the land.

As we explore the unique features of south-east Wales’ woods, we also find subtle connections.

These are far from uniform habitats, and altitude, slope, soil profile and proximity to water, among other factors, all influence their nature. In this corner of Wales, for example, oakwoods, beechwoods, birchwoods and limewoods are commonplace, with groves of hazel, ash, hornbeam, holly, alder, willow, aspen, maple and others scattered throughout.

I was not aware until reading this book that south-east Wales is the western natural limit of the beech tree in the British Isles, and it ‘reaches its altitudinal limit here, and is the only British example of native beech as a mountain tree’.

In the coalfield ‘it is much more akin to the mountain beeches of the Apennines and the Balkans than those of England or France’.

I doubt that many would be aware that above the Ebbw Fawr you can find these rare and majestic mountain beeches, ‘the nearest approach in the British Isles to a beech forming a natural tree-line, as it does in parts of the Alps’.

This is an extraordinary habitat in an area usually regarded as desolate. Passages such as the above are enriched by a sensitive attention to relevant Welsh place names, such as those containing the element ffawydd [beech] in this case.

A valuable account is given of the history of the woods before industrialisation, which necessarily involves a kind of de-Romanticisation.

The woods of south-east Wales were never truly wild in certain senses, and we are reminded that they have been managed in some form or another for as long as there have been people here.

While the south-east was always heavily wooded, the emergence of industry did not change the extent of woodland very much, at least not to begin with, even if it did nibble at them and pollute the environment.

Legends of destruction such as that of Coed Glyn Cynon, a wood between Merthyr, Aberdare and Llanfabon supposedly cut down in the late 1700s, as recounted in the well-known anonymous poem, don’t tend to correspond to the available evidence.

Managing woodland for charcoal was commonplace, but rarely led to its destruction, and may in fact have kept some woods from encroachment by agriculture.

Due to the intense competition over resources, however, the bard of Coed Glyn Cynon ‘regretted the lack of timber for building and wood and twigs for fuel, as well as the disturbance of the romantic aspects of the wood, such as the deer, badgers, foxes etc. which he thought would disappear’.

In this way, the woods tend to record social concerns and relations, and old charcoal pits, leats, railways and even lost farms can still be found in the woods of south-east Wales, which all converge inside them like a living palimpsest.

There certainly was destruction, however, but it came later, and quite recently in many instances.

We are reminded that in mid-nineteenth century, ‘the coalfield valleys… were among the most wooded parts of Britain’, but ‘in nowhere else in Britain was there such a prodigious destruction of woodland between 1850 and 1950’.

The majority was lost to conifer plantations – those dense, regimented woods which crowd out light and ruin the soil – and by the expansion of farmland and moorland, in addition to general neglect.

Those ancient woods which remain are fragments of what once was, and revealingly they tend to occupy locations not easily reached by people or livestock.

It is fitting therefore that the book ends with an overview of the threats faced by ancient woodlands in south-east Wales today.

The principal threat, apart from development (two ancient woods had a near-miss during the recent widening of the Heads of the Valleys Road, for example) is lack of awareness.

What is not known cannot be adequately protected, for it is out of sight and mind, but these woods are inestimably valuable. This book is a valuable contribution to that awareness, and a call to action.

The Ancient Woods of South East Wales by Oliver Rackham is published by Little Toller. You can buy a copy here.