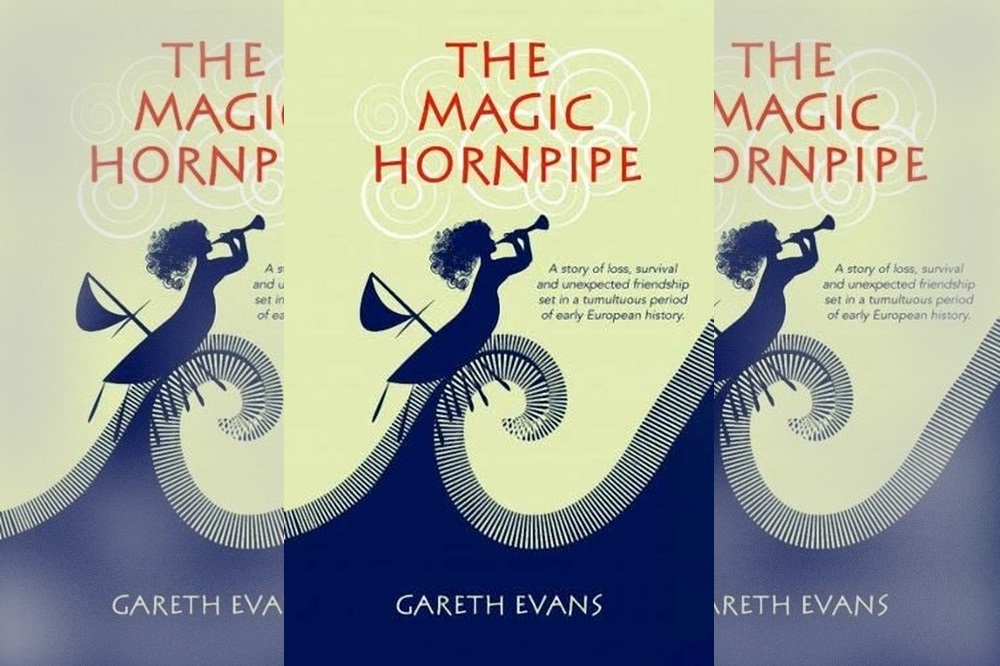 The unsettled times of rupture and fracture after the Romans have left Britain are the backdrop to this tale of a 12 year old girl, a fosterling called Ina and her risky adventures. Armed with a fighting staff the girl can twirl  and twist with the confidence of a fully trained soldier and with trusty wolf-dog Bleiddyn at her side Ina travels wide and far through the danger- studded lands of various coalescing tribes. It is a time of wild uncertainty and dark suspicion.

The wildwoods are thick and full of dangers such as ferocious wildcats which can tear a goat apart and the roads are more like perilous paths. The plague has cut through Europe like the grim reaper’s scythe and there are power struggles, enslavements and battles for control of territories so shifting and unstable it’s hardly worth marking them down on a map.  Ina also finds herself travelling by sea, which brings her into contact with wondrous beasts, leviathans of the deep:

Grey backed and white bellied, with a mouth that was big enough to swallow a cow whole.

It spun, powerfully in the air, and it was as if time itself stood still.

The monster was looking at them all with one, huge eye.

A surprisingly beautiful eye, with a thin dark rim that went all the way up to the animal’s back, like a smudge of eye make-up.

So Ina has much to contend with, at first alone and then in the company of another young girl called Efa who seems reluctant to talk or perhaps is unable to speak. They travel far and face various challenges together, not least being entrusted into the the charge of a horrendous harridan called Morwenna, who is bullying, deceitful and duplicitous, sufficiently so to fake an attack on her by Ina, evidential mock bruises and all.

One of the biggest challenges comes when Ina finds out that her new friend, who had, by now grown to be pretty much a sister to her is in fact a Saxon, and so Ina conflates this fact with the attacks on her home back in Gwent, consequently briefly but cruelly ditching her friend. Luckily she sees sense, but only does so just in the nick of time to rescue Efa whose life in is danger.

The Magic Hornpipe is a lucid and buoyant translation by Jane Burnard of TV scriptwriter Gareth Evans’ Y Pibgorn Hud which follows his first novel Gethin Nyth Brân which was shortlisted for the Tir na n-Og prize. The Magic Hornpipe cleverly harnesses the turmoil and uncertainty of a post-plague, post Roman world to add further tension to a rollicking tale which already has tension aplenty.

Poor Ina is captured by Irish slave traders – much as happened to St Patrick – and only just manages to avoid death by drowning. Over the course of the novel she sees her four-legged companion Bleiddyn killed and has her beloved hornpipe smithereened but luckily a young fisherman called Miro – who can himself play the instrument better than that old master Magnus the Blacksmith – offers to fashion a new one from the horn of a goat newly killed by one the aforementioned wildcats. It’s a lively book about disparate tribes and new allegiances, sudden friendship and ruined hillforts, which helps illuminate one of the lesser well known eras in history, whilst also reminding us that what used to be known as the Dark Ages was a time not just of warfare and blood but also of literacy and music, of lullabies and left-over Latin.

The novel, which comes complete with excellent maps and lists of places in a range of languages, approriate for times when languages were fluid and fighting for supremacy, shows the Britons holding on even as the Saxons who ‘babble in a confused mish-mash of Germanic tongues’ make armed advances in the west of Britain.

Meanwhile the young girl who is the book’s heroine tries to make sense of all this via a series of rites of passage, one challenge after the other, which all serve to make her strong and to stand increasingly proud, unbowed and defiantly unbroken by all the many tests and travails of her very long and bruising journey. In this she is one of the earliest role models of them all.

The Magic Hornpipe is published by Gwasg Carreg Gwalch and you can buy a copy here……….