Review: Worn by Tools and Time is a beautifully produced history of metal mining in Wales 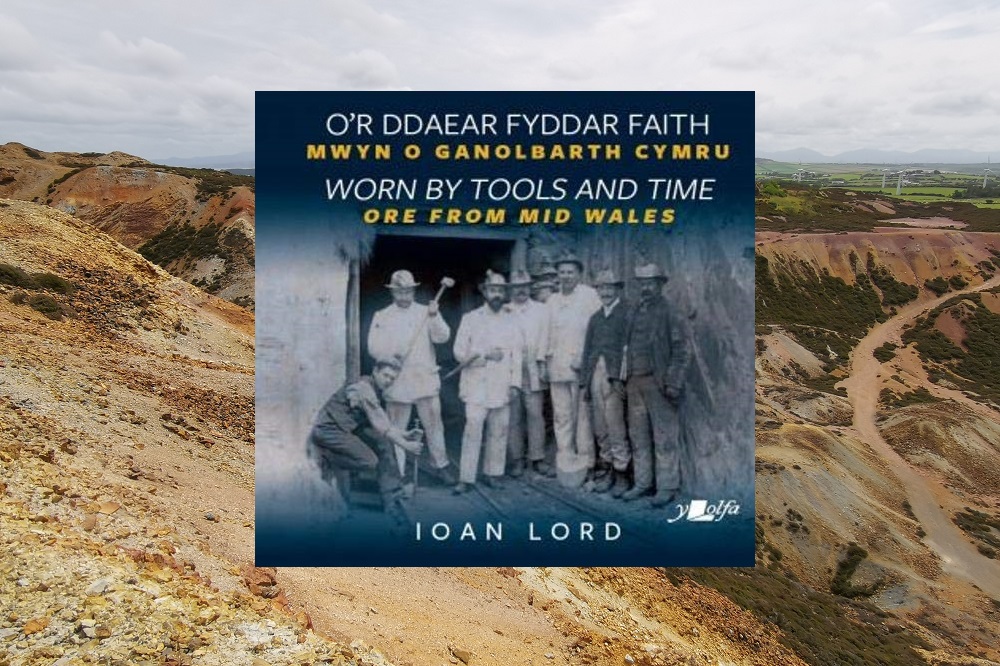 The time frame of the metal-mining endeavours chronicled in this beautifully-produced book reach way, way back into prehistory.  Around 2000 BC the copper mine at Ross Island in Ireland ran out of metal which provoked a widespread hunt for new sources.  As a consequence therefore, in the Early Bronze Age, some of the earliest metal mines in Britain opened in Mid Wales, with stone hammers and wedges used to open up the earth. They found metals other than copper such as tin and by the time the industry was modernised, with the creation of an institution called the Society of Mines Royal in 1568, silver was being successfully sought in a range of places such as Cwmystwyth, Goginan and Cwmerfyn.  Smelteries and mills and mints, such as the very productive silver mint in Aberystwyth were developed in tandem, with an export trade, too to places such as France and Holland.

‘Worn by Tools and Time’ is a tale of discoveries and depletions, hard graft and broken dreams.  In some places workers hung on chains with these wrapped around thighs during many hours of boring or drilling. Women and children worked alongside the men, manually breaking ore with 10-pound sledgehammers for up to 12 hours a day.  The youngest recorded mine employee came from Penygraig near Devil’s Bridge.  Anna Lloyd worked as an ore-dresser at the age of nine although census returns lists infants working as ‘lead washers’ at the age of six months.

By the turn of the eighteenth century gunpowder was replacing picks and hammers, with German miners imported to explode their way into underground levels.   As one might expect, all the silver was claimed by the Crown, but then a new act allowed local landowners to open mines on their own land, a milestone in British mining history, when celebratory beacons were lit on hilltops in mid Wales.  This was followed by the creation of the Company of Mine Adventurers in 1704, leasing and reopening mines and leading to some of them being renamed, such as Esgair Hir which became known as Welsh Potosi, echoing the success of the famous silver mine in Bolivia.

One of the company’s most controversial decisions was importing 27 condemned criminals from Norfolk to work near Talybont. There were even plans to employ former pirates.  Meanwhile some captains, or general managers gained notoriety for ill-treatment. In Esgair Mwyn mine three miners were sacked so that their wages could pay for the captain’s holiday.  Another bad captain suspended twelve boys so he could buy a new cow.

The boom period came in the nineteenth century, when the mines of mid Wales produced about a tenth of all the lead ore and zinc ore in Britain.  As the value of the metals rose so too did the number of new mines, reaching a total of a thousand sites, although not all were operational at the same time, and some were duds. In the successful ones productivity was high, with just one of them, Frongoch, near Pontrhydygroes producing well over 100,000 tons of lead and zinc ore. There were scams, too, with promoters overselling prospects, embodied in a rash of optimistic new names such as The California of Wales and Silver Mountain. Meanwhile the word ‘wheal’ was imported from Cornwall, to suggest that similar riches to this famous metal producing area could be found in places such as the Moelfre Wheal Fortune.

When the ore was ready it had to be taken by mule train, packhorse or by cart, often over roads that weren’t fit for purpose. With the advent of the railways ore could be taken to Swansea or Deeside for smelting and Aberystwyth harbour became the foremost lead exporting port in Wales, with over 400 registered ships by the mid 1800s.

Taxes, high costs and too much stockpiling eventually led to the collapse of the industry, with miners forced to move away to look for work in places such as the valleys of south Wales, and some as far as Colorado and California.  Indeed, one old miner who came home to Cwm Rheidol, proudly wearing his Panama hat and cowboy boots, was re-baptised as “California,” while families returning from America dubbed the village shop in Ystumtuen as the ‘Fort’ as it was the term used across the Atlantic for a convenience store.

This is 21 year old mines’ enthusiast Ioan Lord’s second book and it’s one of which the young director of the Welsh Mines Preservation Trust can be justly proud.  It’s exemplary in its lay-out, with a range of photographs revealing places the ordinary reader cannot hope to venture or simply be brave enough to explore.  Some objects remain underground, such as the astonishing waterwheel in Ystrad Einion Mine which was built by the light of candles. Indeed candles were the usual source of light down there in the pitch-black, the miners sticking them on their helmets, or on balls of clay on the tunnel walls. There is also a wealth of documentary material, from charts listing the various miners’ tools such as the cat’s head mallet, the bucking iron and the Cornish poll pick to share certificates and an array of maps.

Lord introduces us to a whole new lexicon of terms such as the “winzes,” or shafts and “manways” or climbing shafts and to ways of being paid, such as the ‘on tribute’ system where parties were paid according to the amount of ore they had raised and dressed. There are tales of the supernatural, too, including some involving ‘The Knockers,’ benign goblins which could guide miners to good ore with the sound of their picking and knocking.

This book manages to concertina four millennia of mining history into a very readable account, enlivened by judicious quotations.  It’s clearly a labour of love but is also the product of diligent exploration in a hidden world of carved cavern and water-drip, of rusty ladders and the old, heavy marks of hobnail boots, where new dimensions, depth and colour are added to our sense of Welsh industrial history.

O’r Ddaear Fyddar Faith: Mwyn o Ganolbarth Cymru -Worn by Tools and Time: Ore from Mid Wales, is published by Y Lolfa and you can buy it here.