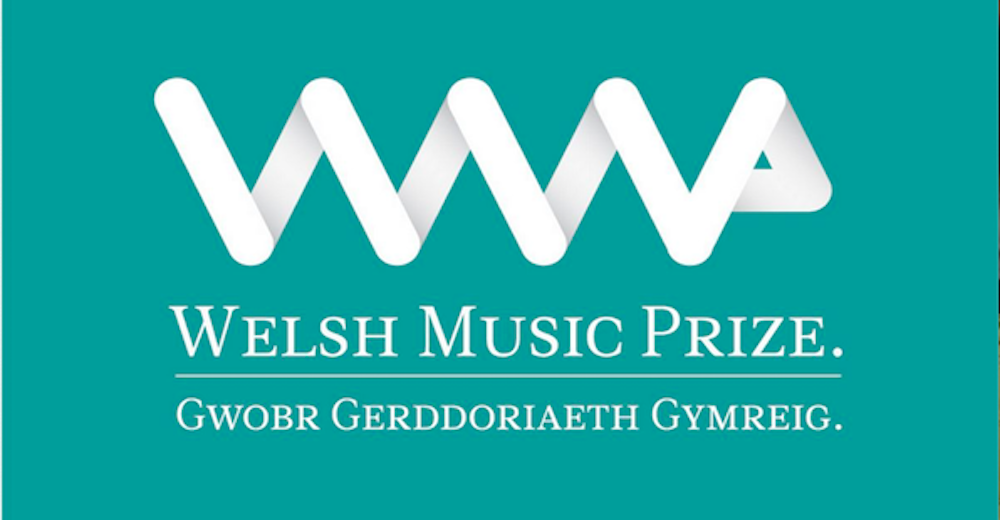 Afro funk, hip-hop, and folk are some of the genres recognised in this year’s Welsh Music Prize – an annual award celebrating the best new music created in Wales.

Past recipients of the prize include Gruff Rhys, Gwenno, Boy Azooga and last year’s winner Deyah.

The shortlisted albums have been whittled down from a longlist of 129 albums by the 100+ Welsh Music Prize jurors. Next month a panel of music industry judges will then have the difficult task of choosing one of the 12 nominated albums for the coveted prize.

The 2021 winner will follow in a long succession of artists and albums which have gone on to national and international success. Last year’s winning album, Care City by Deyah was a powerful self-produced album chosen for its fusion of laid-back beats, lyrical flow and occasional song from the Cardiff raised MC who tackles subjects such as addiction, isolation and healing.

The Welsh Music Prize event will return to Cardiff following an online-only ceremony last year due to the Coronavirus pandemic.

Huw Stephens, said: “Every year we are blown away by the outstanding music talent in Wales. The wide variety of talent we have in the shortlist is great to see; it’s a really strong shortlist of albums.

“It’s been a tough year for the music industry with events being cancelled and postponed, so there’s never been a better time to support Welsh artists. Our judges will decide on a winning album, but I hope people listen to all the nominees; the quality is exceptionally high.”

Peter Leathem, Chief Executive Officer at PPL, said: “This shortlist is a celebration of the diversity of Welsh music. Afro-funk, blues, rap, folk, Latin, techno and psychedelia are among the many genres represented here in a fantastic selection of Welsh albums from the last year.

“Congratulations to all those shortlisted. It is clear Wales continues to be a rich source of musical talent.”

The Welsh Music 2021 finalists are:

The Reach by Afro Cluster 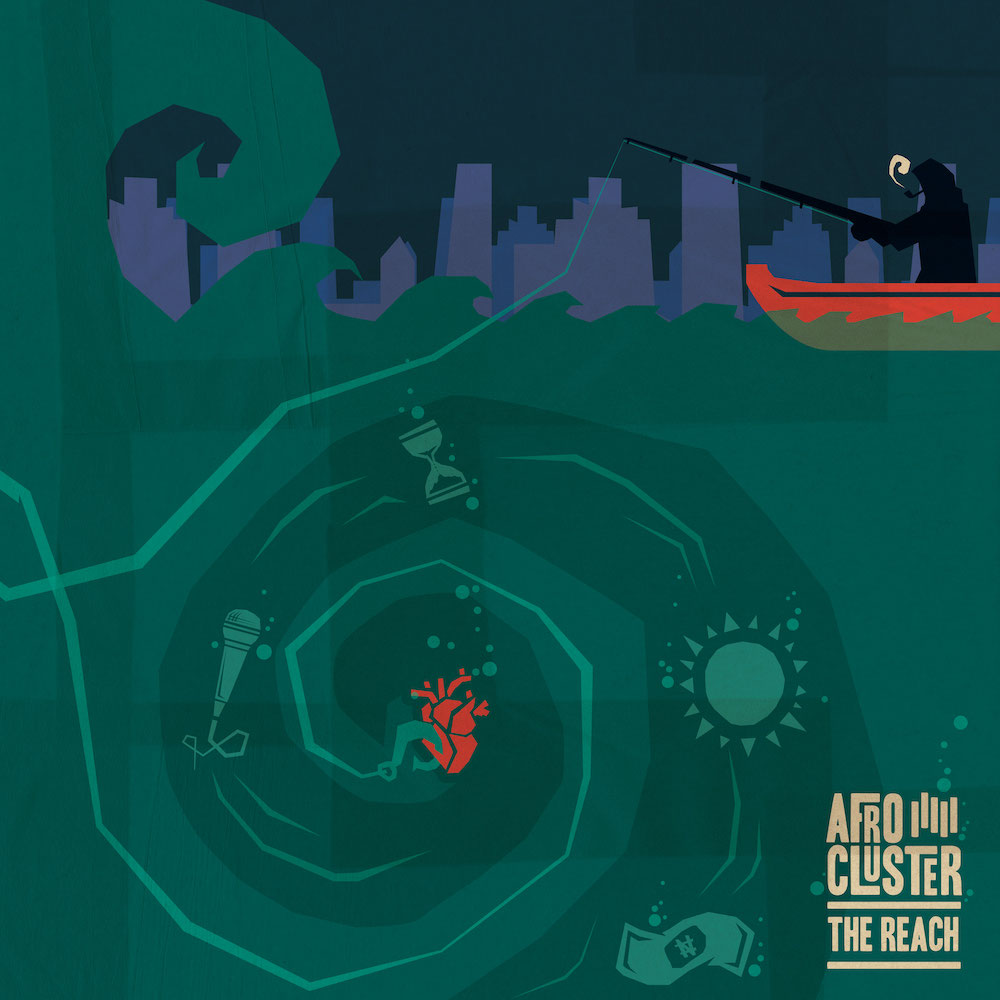 The album from the Cardiff Afro-funk/Hip-hop collective Afro Cluster shines a light on the mental health struggles people go through on a daily basis and how they are generally poorly dealt with by society. The album aims to demonstrate how the relationships people build affect those going through mental health problems.

The Art of Losing by The Anchoress 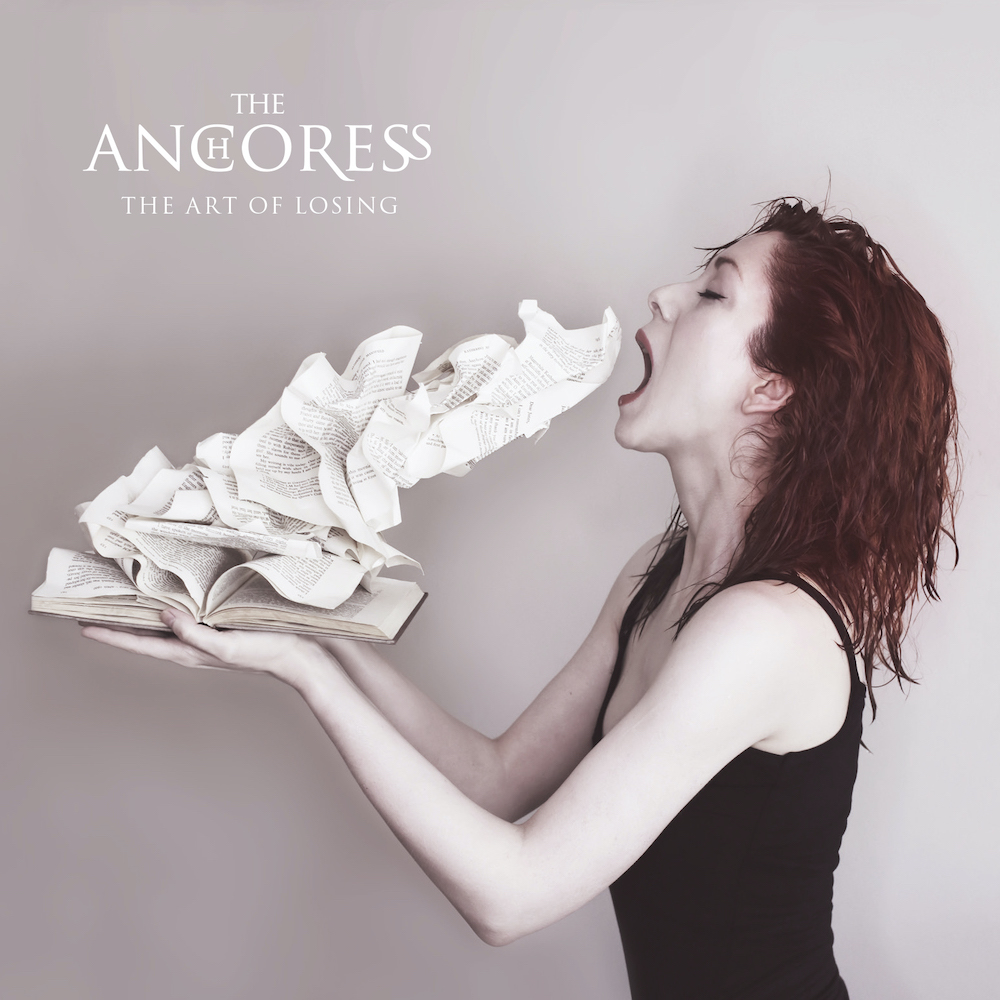 The award-winning multi-instrumentalist, The Anchoress, returns with her critically acclaimed second album. It follows up on her critically acclaimed debut album, Confessions of A Romance Novelist, which was named amongst the Guardian critics’ Albums of the Year, won HMV’s Welsh Album of the Year, Best Newcomer at the PROG awards, and a nomination for the Welsh Music Prize.
Featuring the BBC 6Music playlisted singles ‘Show Your Face’ and ‘The Art of Losing’, plus a brand new duet with James Dean Bradfield (Manic Street Preachers) and drumming from Sterling Campbell (David Bowie, Duran Duran). 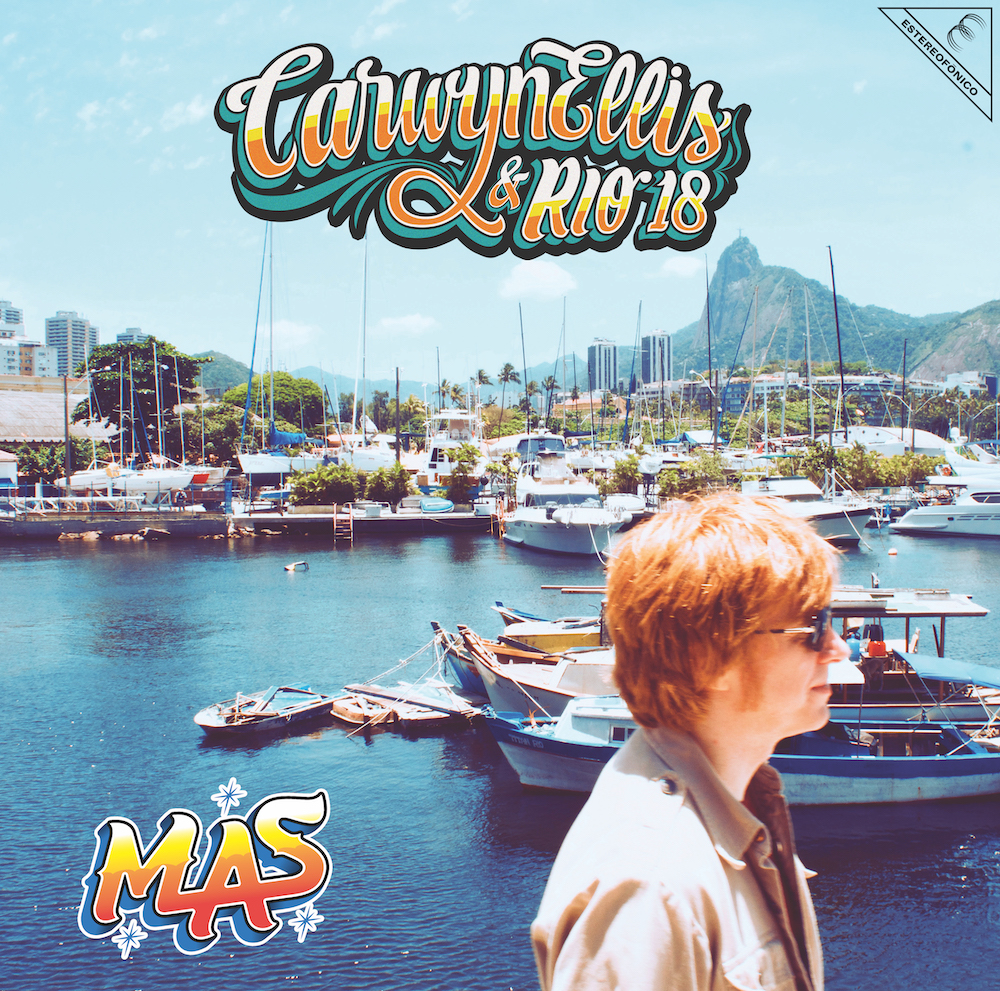 Carwyn Ellis continues his journey into Latin America with the release of his second album with Rio 18, ‘Mas’. Following its predecessor, the acclaimed ‘Joia!’, this album is a collection of songs sung in Welsh combined with distinct pop and South American heritage. It was recorded in Rio de Janeiro, Caernarfon, and London. 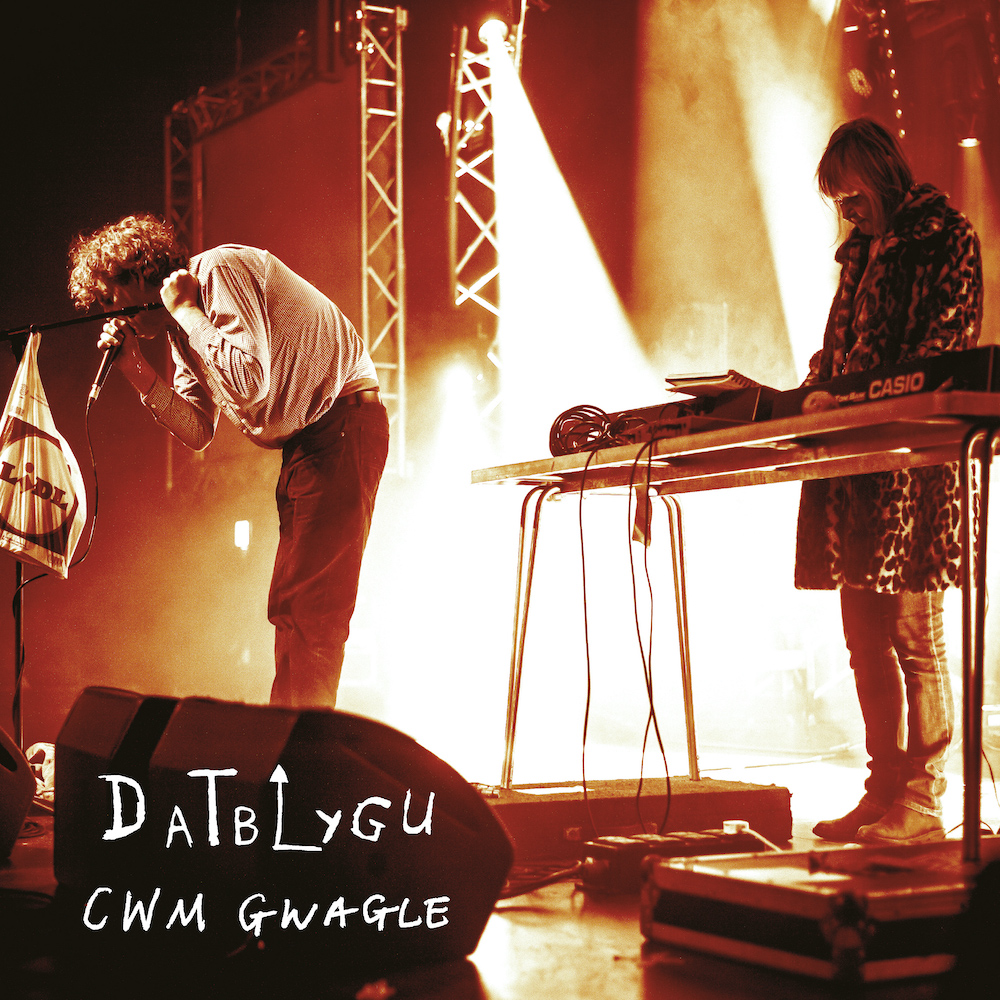 Cwm Gwagle (Void Valley) is the new Datblygu album created by David R.Edwards and Patricia Morgan. This new collection follows on from the 2015 Porwr Trallod (Tribulation Browser), a Welsh Music Prize album of the Year nominee and a triumphant return for the band after a hiatus of nearly two decades. Datblygu’s nomination is particularly poignant as David R.Edwards, Datblygu’s revered vocalist, passed away earlier this year, aged 56. 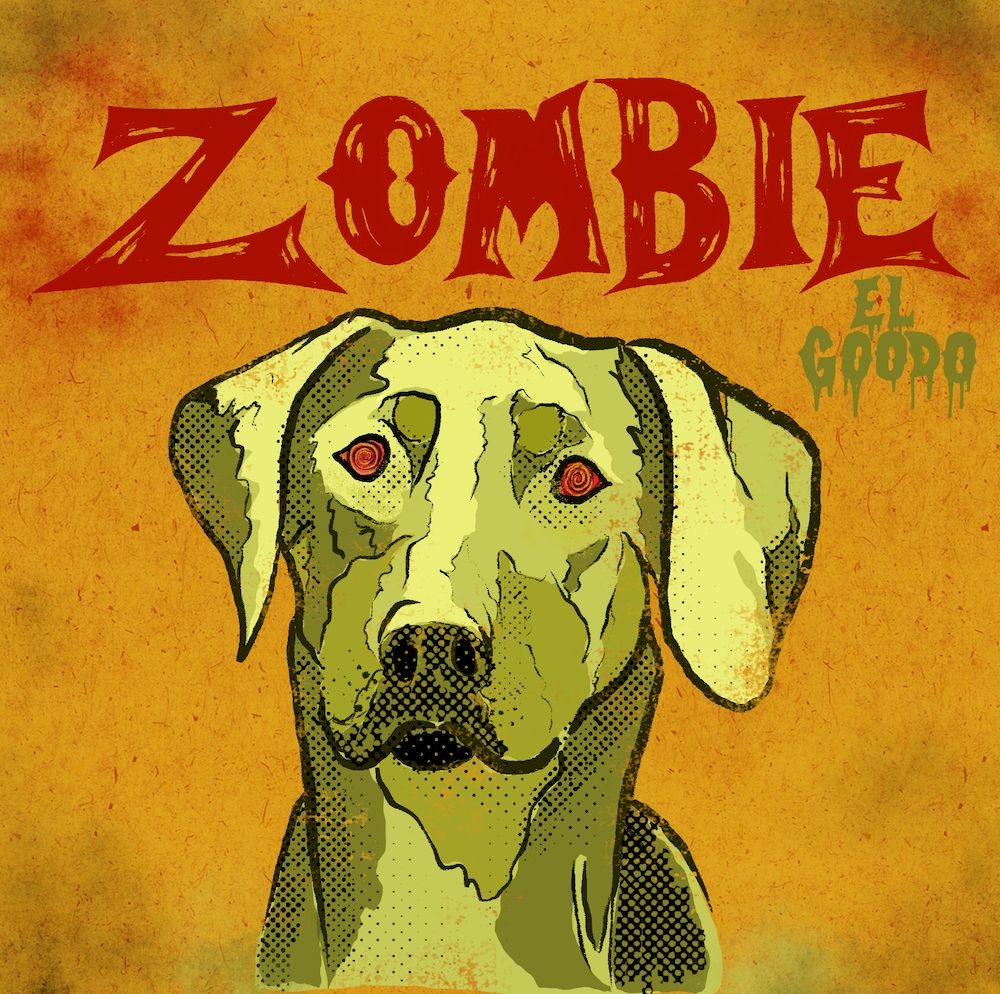 El Goodo’s fourth album proved to be their last as the band came to an amicable end after a career spanning 20 years. They have been putting out folk, pop country and rock music under the radar. The album is named after the late dog belonging to the producer Tim Lewis. What was initially intended to be a double album, became a tight set of 13 songs and a high quality, no filler-type signal album. 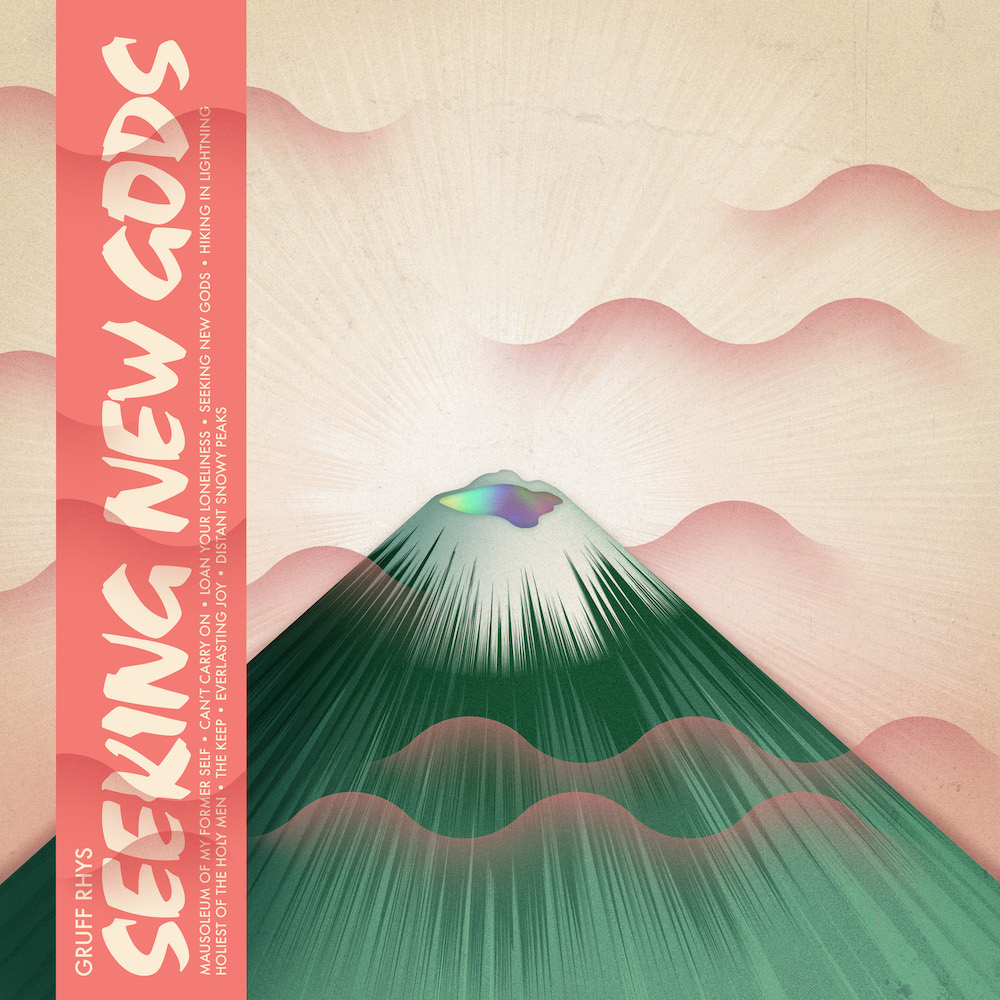 The latest solo record by Gruff Rhys, sees the Super Furry Animals frontman mythologize a compelling sonic mountain of his own making. Recorded during a short, intensive stint in the Mojave desert as well as in Bristol and mixed by legendary Beastie Boys producer Mario Caldato, the album’s charming pianos, wild trumpets, cosmic synths and one freewheeling guitar solo pair with a host of warm, personal touches and golden melodies to offer a dazzling view. 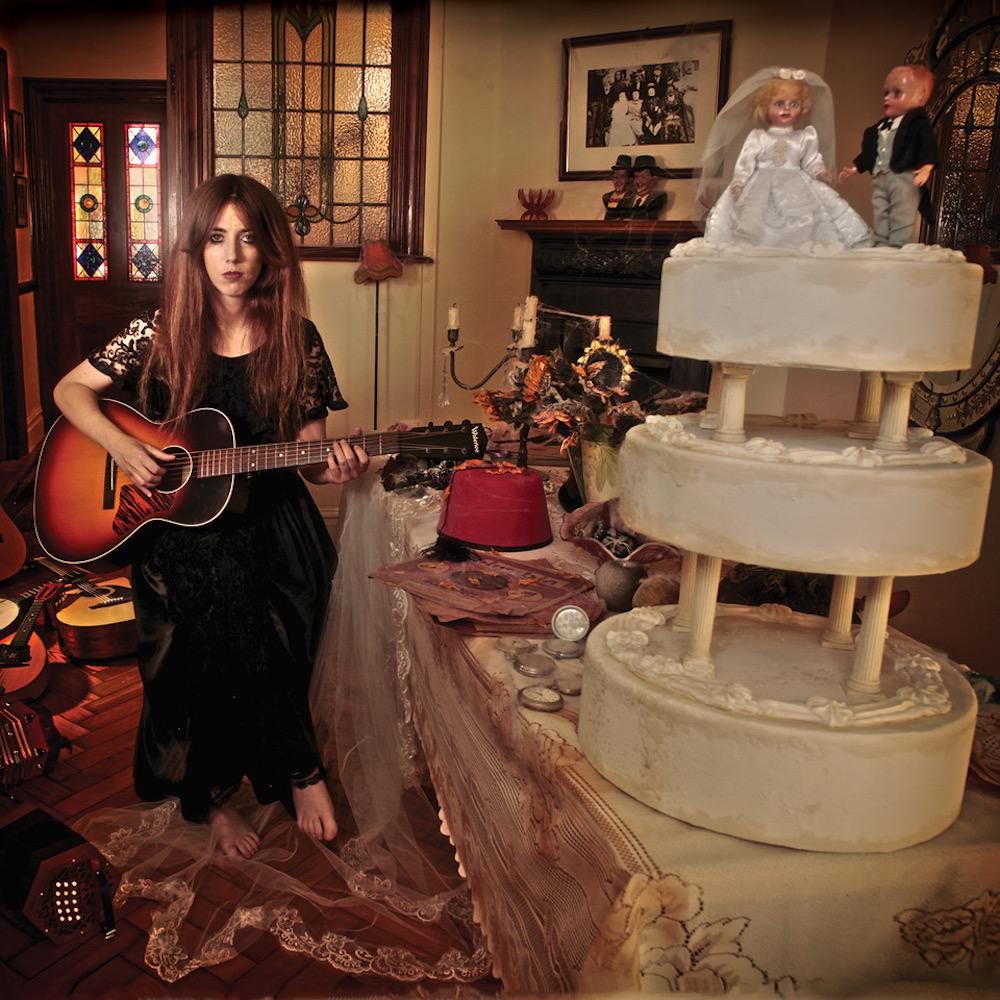 Welsh musician Gwenifer Raymond’s 2018 debut album, You Never Were Much of a Dancer, introduced a new voice on acoustic guitar, receiving 5 stars in The Guardian, big spreads in MOJO and UNCUT, and airplay on multiple BBC programmes.
This led to months of touring on the European festival circuit. Her second and latest album, Strange Lights Over Garth Mountain, finds Raymond ranging into unexplored experimental territory, drawing from her Welsh roots. All eight songs were recorded in a basement during lockdown. 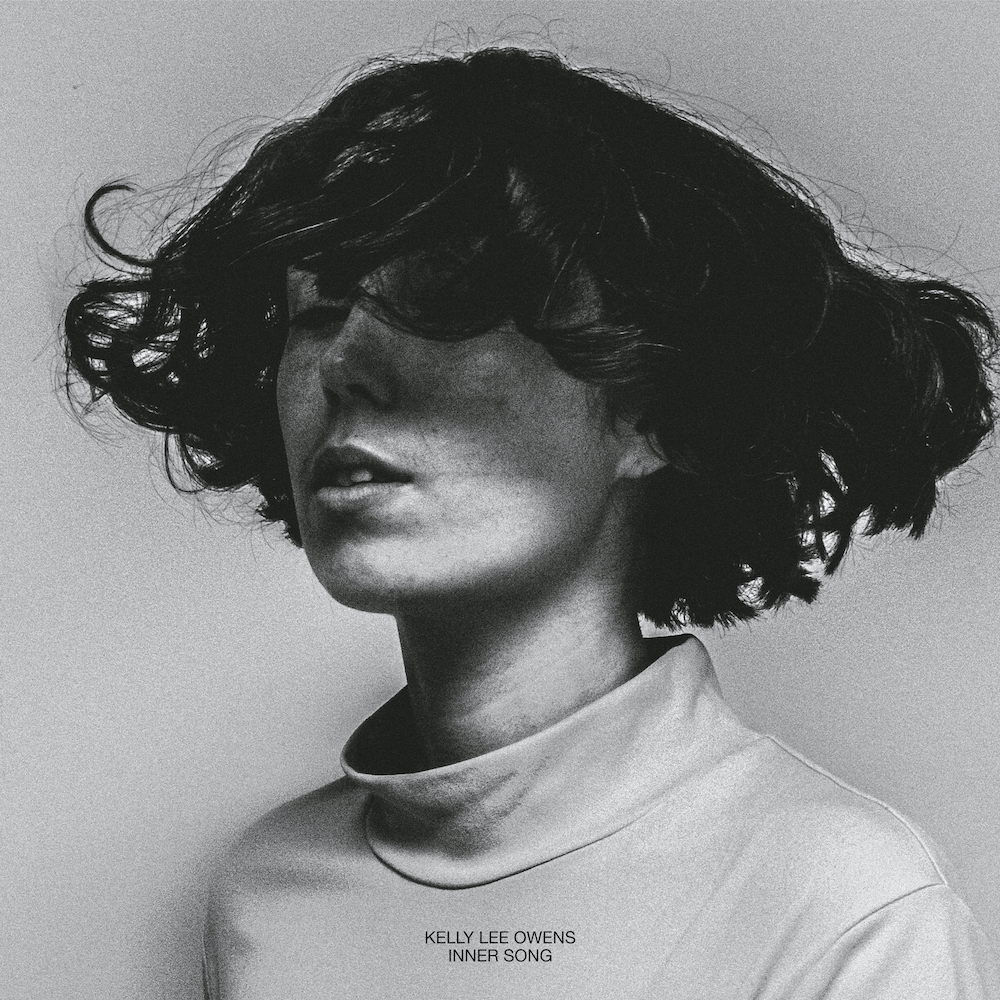 Kelly Lee Owen’s masterful second album ‘Inner Song’ finds the convention blurring singer/songwriter diving deep into her own psyche, breaking down the struggles she’s faced over the last few years. She explores the personal pain while embracing the beautify of the natural world.
It’s a huge leap in artistry from a musician who burst on the scene with a confident, rich sound and her latest piece of work shows what she is capable of.

My Side Of The Bridge by Mace The Great 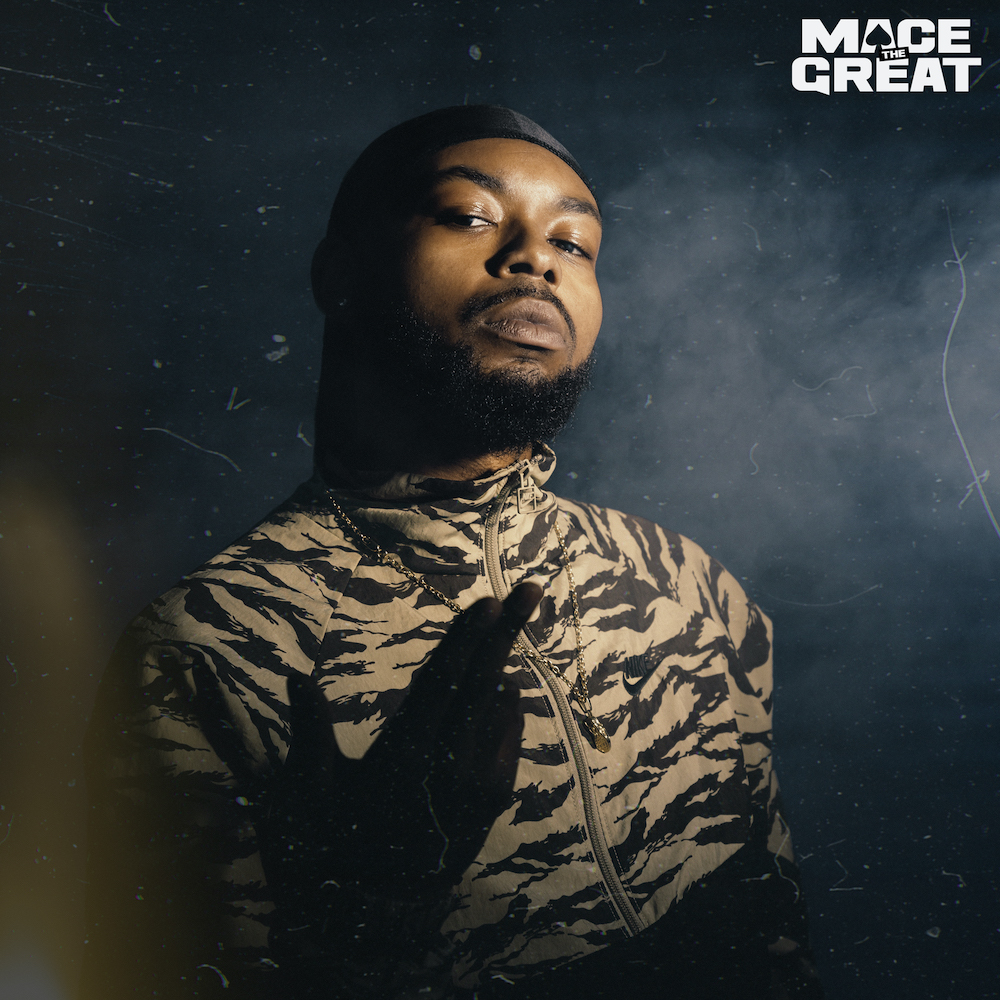 Proving himself as a force to be reckoned with, Cardiff’s rising MC Mace The Great, recently shared his latest album named ‘My Side Of The Bridge’.

Spread across eight songs, Mace The Great’s remarkable flow, unapologetic energy and polished lyrics take centre stage in this unique project. Only certifying why his undisputed artistry cannot be limited to locality on his ‘side of the bridge’, the Cardiff boy showcases his determination to succeed throughout.

Cannot be, Whatsoever by Novo Amor 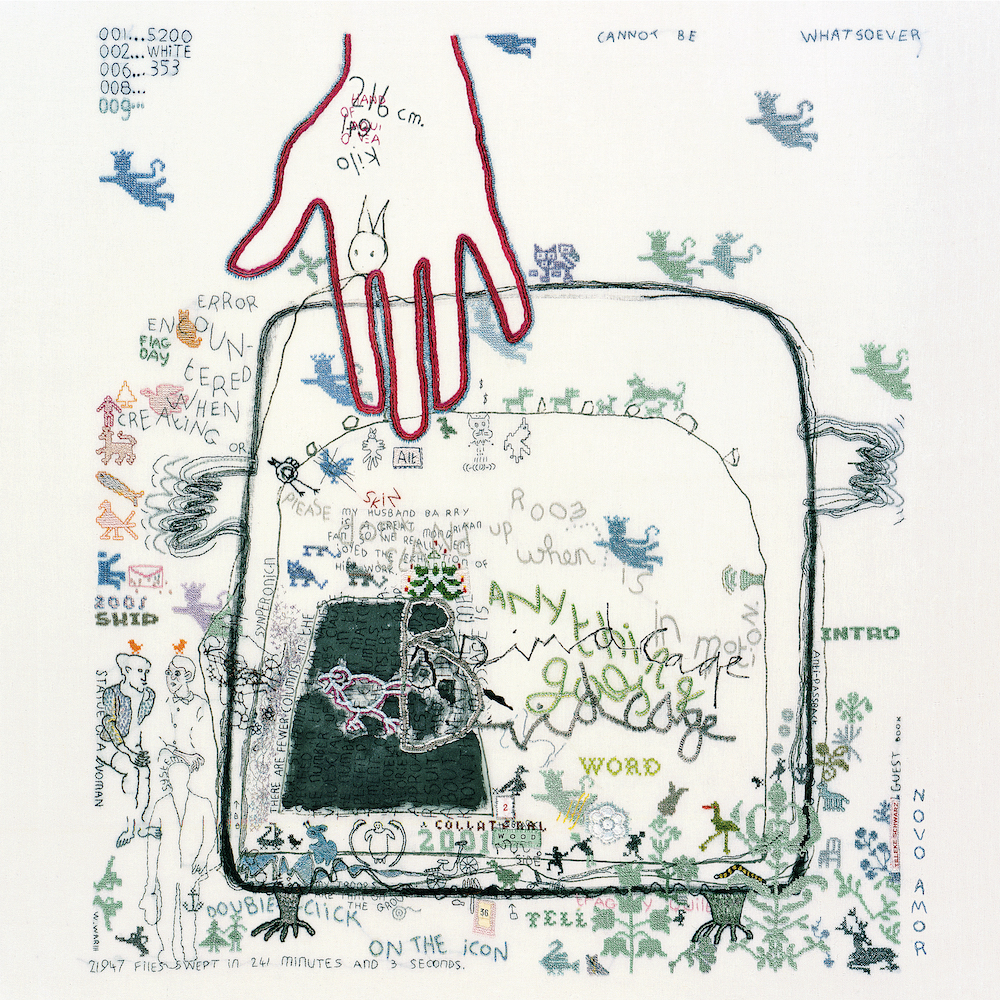 Cannot Be, Whatsoever is Aberystwyth-Born Ali Lacey’s second self-produced studio album. With its carefully crafted 10 tracks, it continues his fascinating story where is debut of 2018, Birthplace, left off. It is poignant and uplifting and, in his words, is a ‘shift towards the light’. 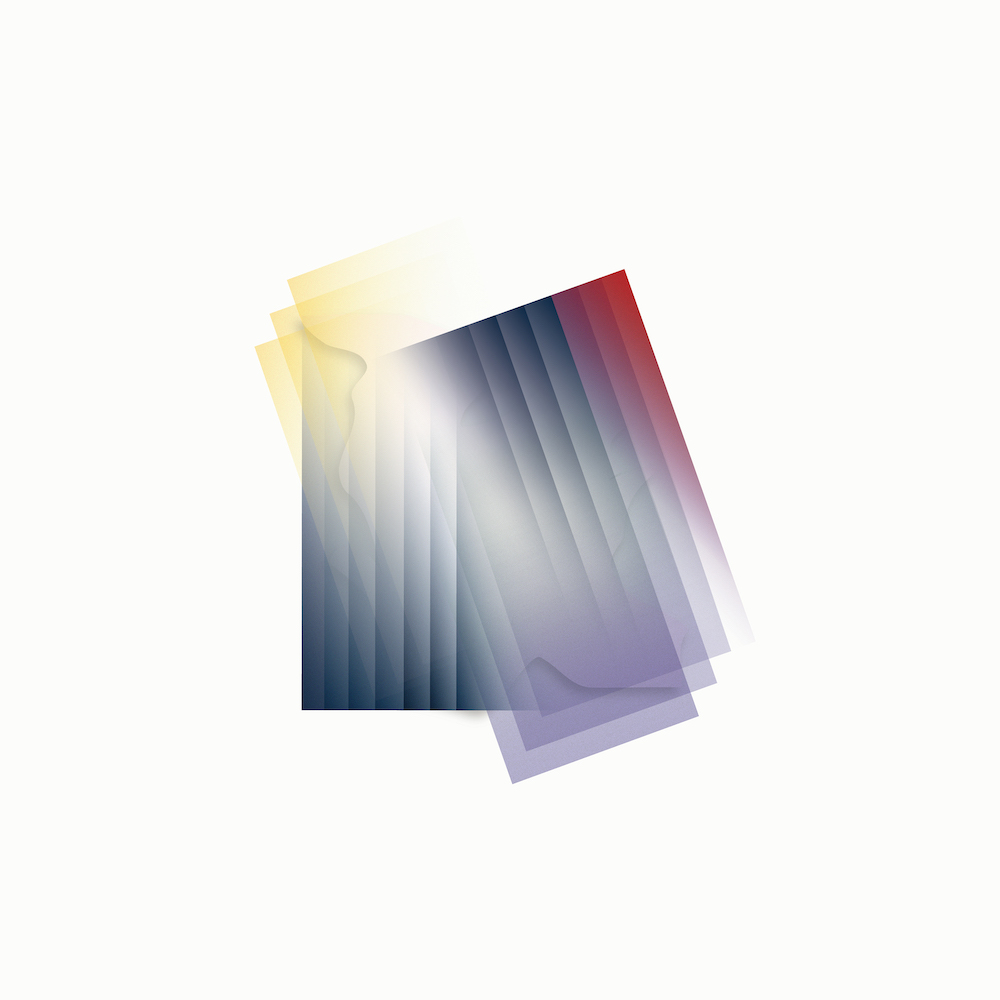 Spearheaded by Cardiff due Tom Sanders and Harry Jowett, Private World scales the heights of new wave sophistic-pop opulence, capturing the genres’ peak elegance with finesse and affection.
The art of original songcraft is on full display with Aleph, the pair harness an accomplished lineage of motifs to engineer alluring, timeless and mesmeric flights of melancholia. 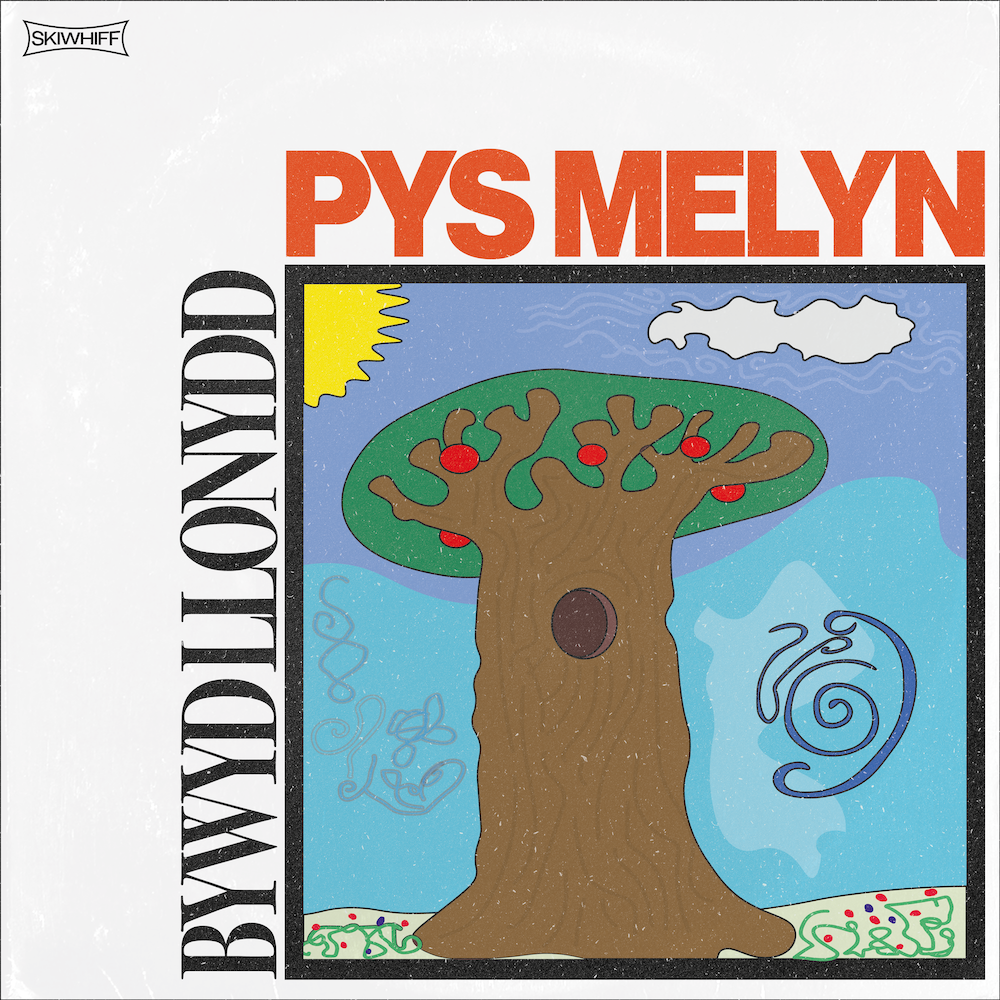 Having more than one vocalist always adds to the depth and of a band, and so it appears to be the case with Pys Melyn. Their latest album Bywyd Llonydd is a melodic, psychedelic, lo-fi affair, beloved by Gruff Rhys and the new music shows on BBC Radio Cymru. Their talked about set at Swn Festival recently shows how they have developed their live side and are one of the most promising new bands in Wales currently.