The story of the first Welsh all girl group has captured the imagination of so many that the book based on their colourful career has sold out in days.

Now a new run of the title – ‘Twenty Pairs Of Pants And A Passport’ – is to be published thanks to demand for the story of the four young women from south Wales who took on the male-dominated music industry in the ‘60s.

Such was the reaction to the story that Nation.Cymru published a week ago about the history of the group, that the book’s author, Fabs’ guitarist Sarah Wrigley was taken aback by the reaction.

“I really wasn’t sure that anyone would be interested, but the reaction has been incredible,” she said. “I’ve had orders from all sorts of places and lovely emails from people who told me how much they enjoyed the story.”

The group from south Wales who were active between 1963 and 1972, played with some of the biggest acts at the time such as The Who and Chuck Berry, but bizarrely it was in Mexico that they became a star attraction – and where they released their one and only album.

That album – The Fabulous Fabs – is now such a rarity that it changes hands for hundreds of pounds.

While it was the only album the band released, Sarah reveals that she has the recordings from the band’s sessions at Rockfield Studios in the early ‘70s.

“I’m thinking of getting them mixed and ready to put out,” she said. “If things carry on the way they are with so much interest, I think it would be a lovely thing to do.” 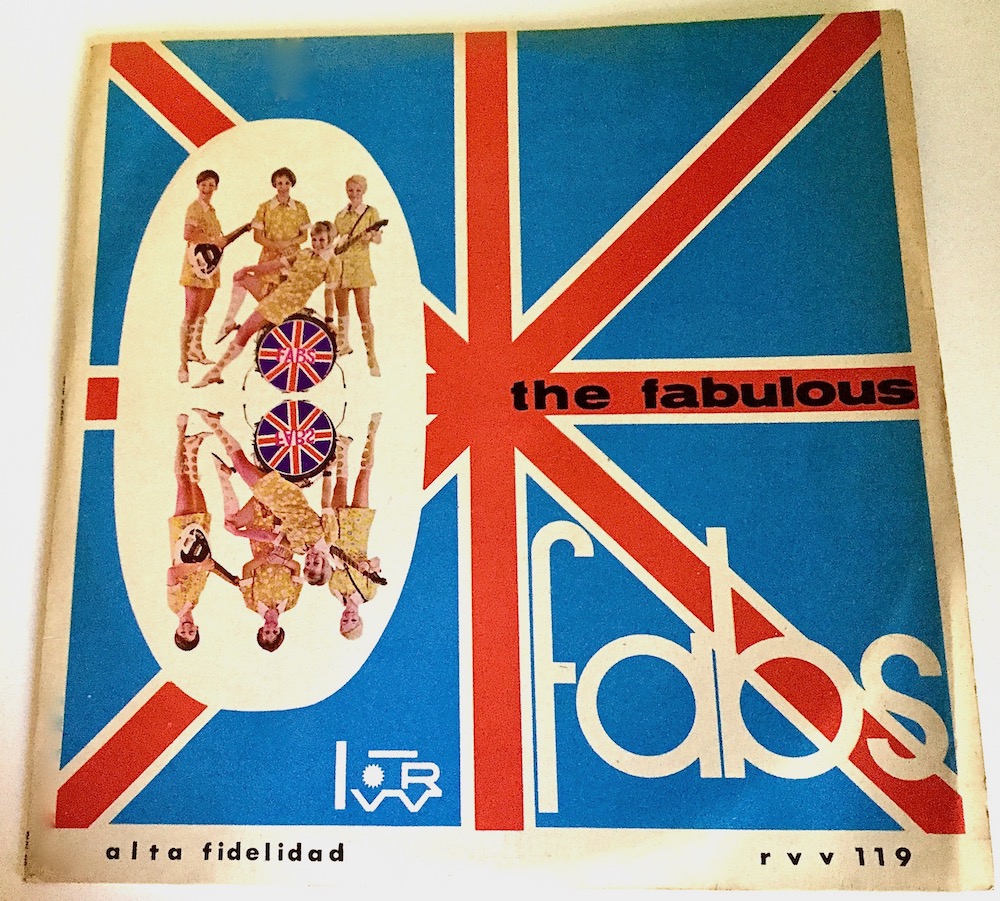 While the story of the band is one of crossing boundaries globally, at home their story has most definitely captured the imagination.

The National Library of Wales in Aberystwyth is due to take possession of the band’s debut album for its music collection and has invited Sarah along for an event to mark the album’s arrival.

“I couldn’t believe it when I heard this,” she said. “It’s so lovely and what a brilliant thing to think that album will be in the National Library of Wales collection for posterity.”

A second run of The Fabs’ book Twenty Pairs of Pants and a Passport will be published next month.

Email sarahwrigley44@icloud.com to order a copy.

What a fabulous collection of 60’s guitars, there was a couple of bands in every town back then…

Yep, you can see the Guyatone model that started off Hank’s career, then a shift to
Hofner, and a couple of “Futurama” (Selmer) made by Hagstrom, Sweden, very attractive and used by Bowie on photos due to the “cool” look.

The fabs are also listed on Youtube as The Jonson Sisters. For example, their appearance on “Opportunity Knocks” (remember that?) in 1971. See https://www.youtube.com/watch?v=4dRVwTBf-5g