The new Doctor Who has been revealed as Ncuti Gatwa 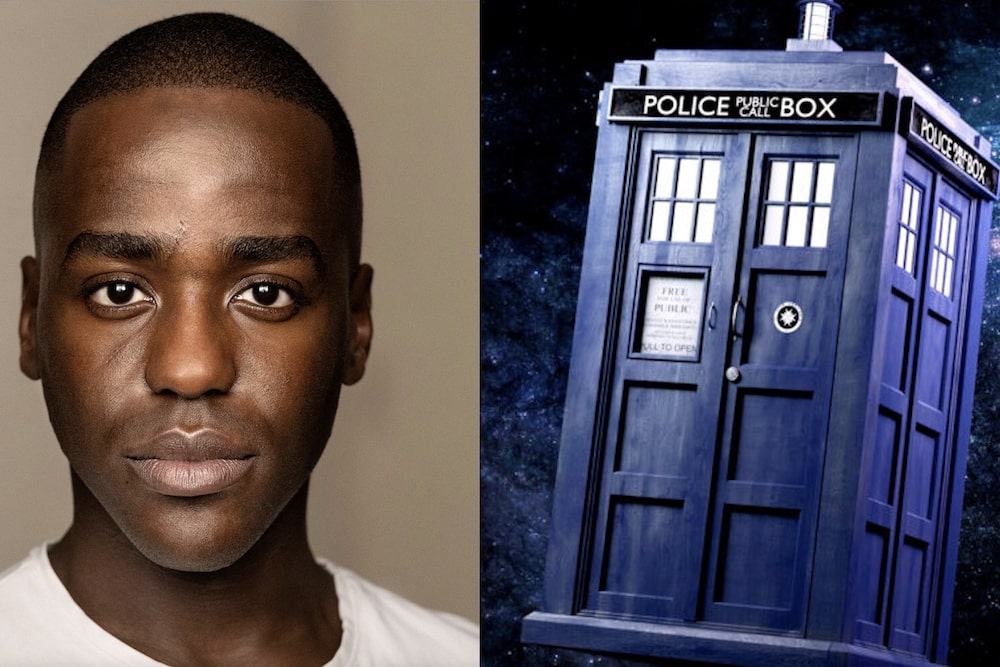 Ncuti Gatwa has today been unveiled as the new Doctor set to take charge of the TARDIS.

Star of stage and screen, Ncuti is best known for his critically acclaimed performance as Eric Effiong in Sex Education, for which he was awarded Best Actor Award at the Scottish BAFTA’s in 2020 as well as numerous nominations including Best Male Performance in a comedy programme at this year’s BAFTA’s.

Speaking of his new role, Ncuti said: “There aren’t quite the words to describe how I’m feeling. A mix of deeply honoured, beyond excited and of course a little bit scared. This role and show means so much to so many around the world, including myself, and each one of my incredibly talented predecessors has handled that unique responsibility and privilege with the utmost care. I will endeavour my upmost to do the same.

“Russell T Davies is almost as iconic as the Doctor himself and being able to work with him is a dream come true. His writing is dynamic, exciting, incredibly intelligent and fizzing with danger. An actor’s metaphorical playground.

“The entire team have been so welcoming and truly give their hearts to the show. And so as much as it’s daunting, I’m aware I’m joining a really supportive family. Unlike the Doctor, I may only have one heart but I am giving it all to this show.”

The actor teased the announcement on his Instagram with a ‘two hearts equals’ emoji and a comment from Doctor Who showrunner Russell T Davies, which read: ‘The future is here.’

Davies added: “The future is here and it’s Ncuti! Sometimes talent walks through the door and it’s so bright and bold and brilliant, I just stand back in awe and thank my lucky stars.

“Ncuti dazzled us, seized hold of the Doctor and owned those TARDIS keys in seconds. It’s an honour to work with him, and a hoot, I can’t wait to get started. I’m sure you’re dying to know more, but we’re rationing ourselves for now, with the wonderful Jodie’s epic finale yet to come. But I promise you, 2023 will be spectacular!”

The gammons will be apoplectic 🤣

Their faces will be a mixture of horror & constipation. Ever seen Nigel Farage & Davros in the same room lol. Ah, yes. The Tardis now has a cool swagger. No doubt it’ll get stopped numerous times by the police.

From the man who goes into a rage whenever he’s baited by a Priti Patel article.

Any “rage” towards hypocrite Priti Patel who is herself of Ugandan/Indian immigrant stock whose economic migrants family fled persecution but now attacks ones doing the same, is rightly deserved. What’s your reasoning. Point scoring against me? If so, it’s dim pwyntiau!

I can’t wait for the racists to cry about this like they did with James Bond.

Seeing Farage is of French Huguenot heritage, the new Doctor should take take him back to 17th century France to show him what ones fleeing religious persecution went through. They too fled in boats crossing the then La Manche (French for sleeve-like coast) now English channel to England because of prejudice and threats of death.

Torchy, everybody is a bit Torchy the battery boy today Y Cymro, let’s have more Del Hughes on here…I think the Huguenot’s would not thank you for reminding the ‘world’ of that fact…and I really don’t need a history lesson…especially on religious matters…

Yes, the Huguenots would not want to be associated with Farage or accept flying lessons with him as a passenger.

I can see GB News now and their horrified reaction. Hope he does well in the job.

He is great in Sex education. Good luck to him. Hope he brings some energy.