With the current crisis between Russia and Ukraine, Daria can only watch and count herself lucky to be sitting far away from Russia, in her Colorado home.

Daria was born in a small Siberian town, and later moved to St. Petersburg. She then moved to Moscow to earn her PhD in Russian history and a Moscow State University certificate for teaching Russian as a foreign language.

“I always wanted to be a teacher since the second grade,” Daria said over a Zoom interview. Staying true to her dream, she became a teacher during the second year of her PhD. She has gained experience teaching a wide array of classes (such as Russian as a foreign language, History of Russia, Russian art) at several universities, schools, and corporations. And she has taught privately for many years.

Her podcast has been downloaded over one million times, and her YouTube boasts a half a million subscribers.
“I met a lot of people thanks to my channels[. I met my husband thanks to my podcast. He’s American. I ended up in Colorado and started work on my master’s degree in 2020.”

Daria said she chose to get another master’s degree because she didn’t have one from an American or European university. It was a step down from her PhD, she said, but it was a much shorter process.

This was her last year in her program, so she had planned to move back to Russia with her family for at least five years, but with the current crises, she didn’t think that was possible.

“My husband was super excited to go to Russia, but now everything is unpredictable at this point.” And since Daria was very open and honest about her opinions regarding Putin, Daria worried what more would happen if she returned to Russia. “It happened before in the Soviet Union when people were coming back who didn’t know anything about how bad it was. They were taken to jail and sometimes executed. Who knows? It’s probably safer to stay away for a few years.” 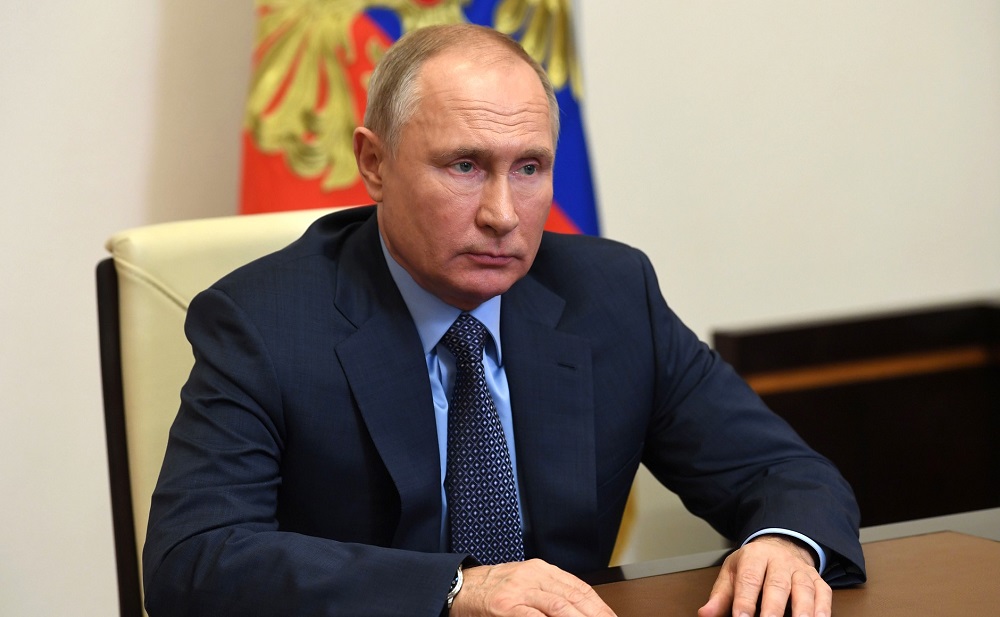 It is illegal to even call what Russia is doing is a “war.” Offenders can be imprisoned for fifteen years. Rather, it’s officially known as a “special operation,” one that is meant to liberate Ukrainians—Russia’s brotherhood nation.

There are many who fall prey to Russian propaganda and believe what Russia is doing is right, but there are many more who understand the travesty and wish to fight back, but there’s little that can be done.

Since the 2014 protests in Ukraine, the Russian government has done everything in its power to never let that happen again. There are now laws in place that allow the government to take anyone in for even saying anything about planning to go anywhere regarding a protest.

“My brother tried to go to a protest the other day, but one mile from the supposed place of the protest already had all kinds of people ready with clubs and ammunition. You can’t even come close to doing anything against the government. Thousands have already been arrested during the last three weeks,” Daria said.

“It’s either going to be some tragic revolution like one hundred years ago, or it’s going to turn to some kind of Stalin-time with full repression. It’s just sad, especially being a historian. It’s just tragic to observe it and not being able to do anything because no matter how hard you try to be a decent person, to do everything right, to pay all your taxes, educate people, spread kindness and everything, one day it can all be ruined, and you can’t do anything about it,” Daria said.

The current world is not one that Daria hoped she would live in. As a child, Daria and her peers were raised with the stories around World War II, teaching how Russia will never have to go through something like that ever again. “And now, it’s some tragic irony that Russia has turned into Nazi Germany and people are supporting this,” Daria said as she rocked her baby in her lap, holding him just a little closer.

Daria pointed to the gigantic stadiums of people holding the Russian flag in support of the current invasion, but, she explained, the perception that all those people are in support of Putin is not true. Most are students or government workers forced to wave flags and show support or they will be expelled or fired.

“Everyone I know does not support this,” Daria said.

But the perception is there, and Russia and its people have been placed on center stage and punished for their country.

As other Russian language teachers get cut from work opportunities and communication with the outside world, Daria can only hope that maybe, eventually, things will get better. In the meantime, she’ll continue to teach the Russian language and culture as a way to maintain cultural connections with Russian and non-Russians alike.